Over the past year or so, I’ve heard a lot about KidZania London, the place where children can pretend to go to work. To be completely honest, until now, I’d never considered going, simply because I couldn’t afford the entrance fee for all four of my children and myself.

When Snazaroo invited us to a Halloween special, I couldn’t say no. The excitement it created in my house can only be compared with the glee we get when I mention Disneyland Paris. The past two weeks have basically been spent counting down the sleeps to ‘KidZania Day,’ bless them.

This morning, we set off with friends and the train journey was full of laughter, discussions about which activities the children wanted to do first and decisions about partnering up for those activities. I’d printed the list of activities and they kept drafting and redrafting their little itinerary.

Jumpy had packed the nail varnishes I bought her for her birthday so my friend and I painted the girls’ nails. 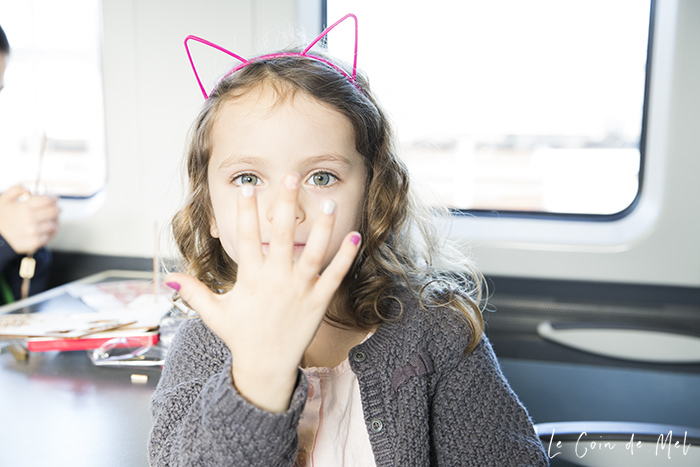 As for Crevette, he was engrossed in the T-Rex 3D puzzle gift in a tin the lovely people at Apples to Pears sent us earlier this week. The 25-minute train journey went like a flash! 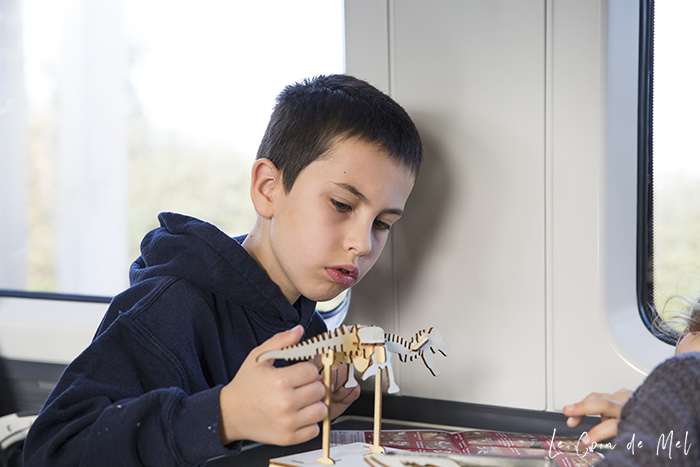 As we got to Westfield, it was easy enough to find the entrance to KidZania. As soon as we arrived, we had to check in at KidZania International Airport, where security bracelets were strapped to our wrists. 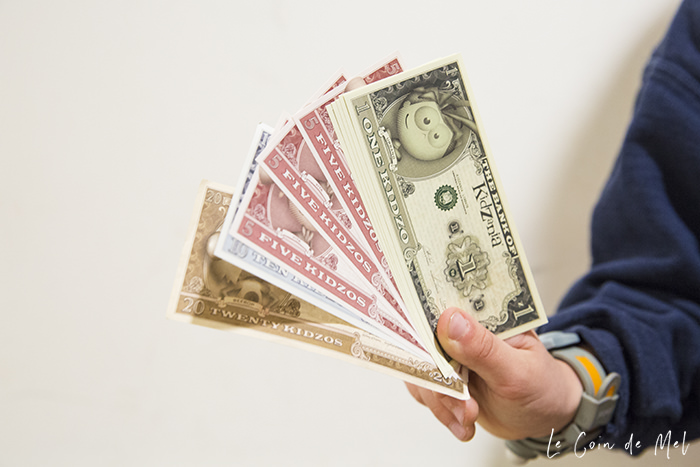 Every child was given 50 KidZos, KidZania’s currency. Children can earn money in certain jobs and spend their KidZos to do activities like the chocolate factory, the pet wellbeing centre or climbing. 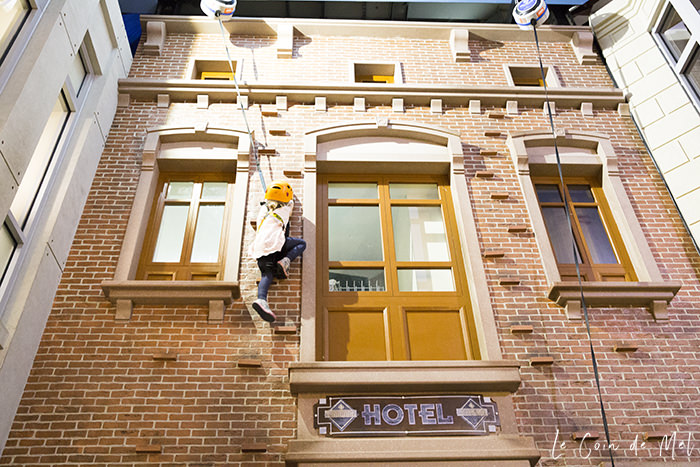 Once we got into ‘The City,’ the amount of activities available was quite simple overwhelming, and I was glad they’d pre-agreed what they were desperate to do first. So on we went to the Animation Studio where they would be animating a short Pokémon film. Unfortunately, Jumpy was too young (only 7-year-old and over were allowed in), so she went to the Smoothie Kitchen instead. 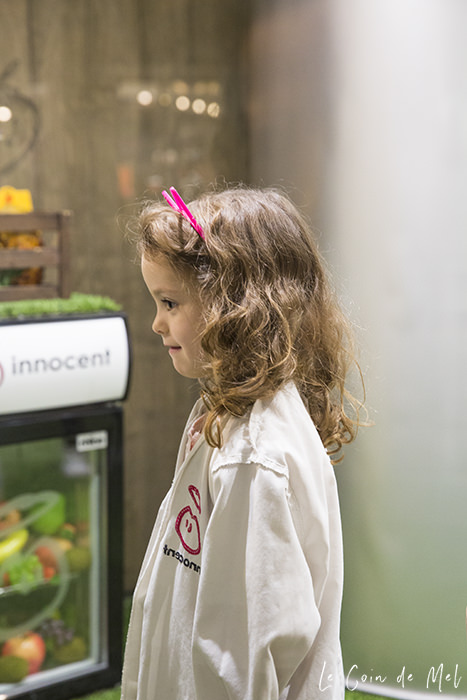 Before we started our day at KidZania London, we were told that children completed an average of 4 to 6 activities in the 4 hours they spend there, but we managed way more than that. Our little ones completed 11 activities each. They did not stop. Not for one minute. 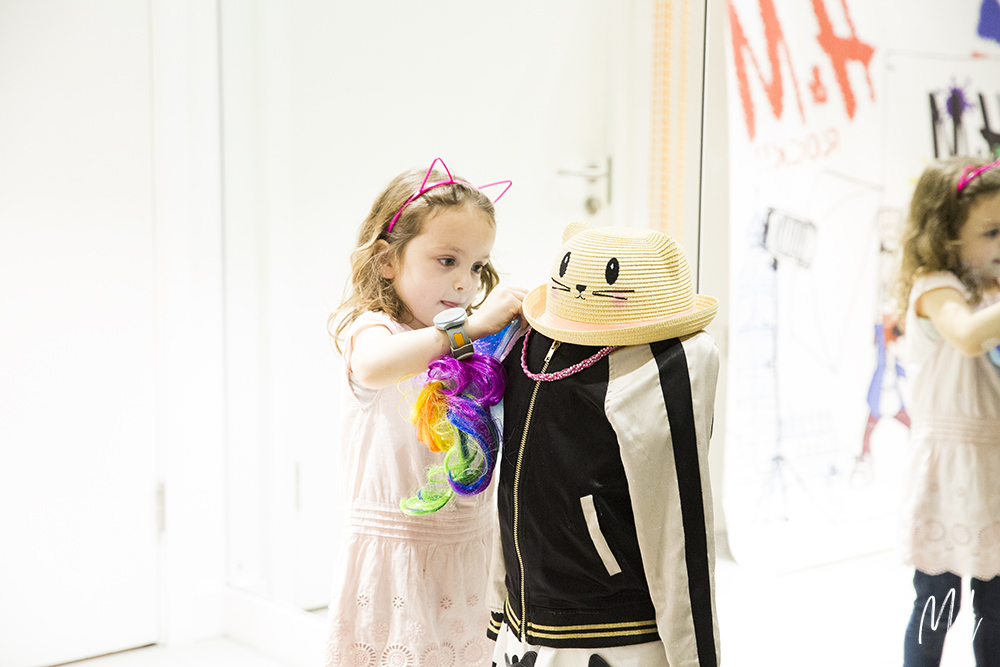 Here is what they did after the first activity: Pet Wellbeing Centre, Chocolate Factory, Air Conditioning, Supermarket, Hotel, Courier, Climbing, Fashion Studio, Bank, Face Painting and Disco. They were keen to do more, but we run out of time! We stayed there for over 5 hours, keeping the free face painting and disco till last. 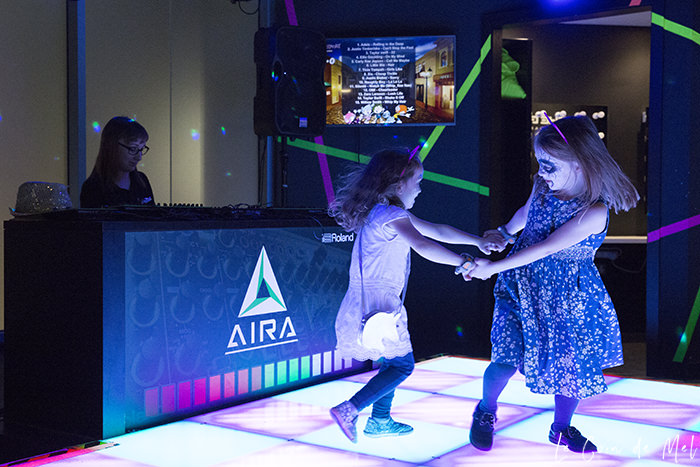 What I found really handy was the information displayed on the outside of each activity to explain the job role, salary and duration of the activity. I would have liked a map with a list of activities available, as we didn’t find all the activities we were after. 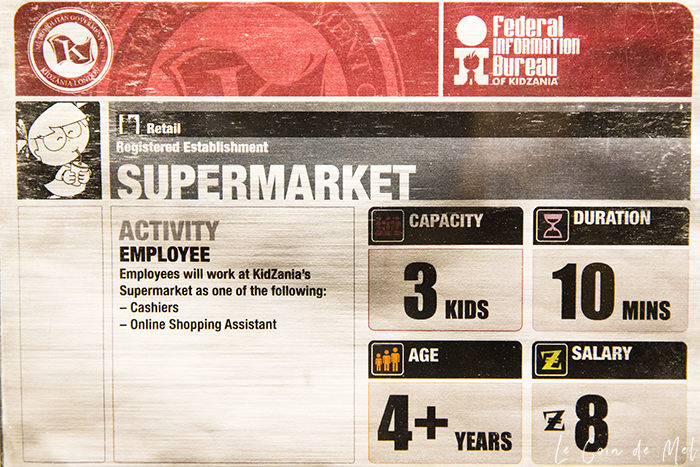 There are activities parents can take part in, but my friend and I happily say by the rooms where our children were busy, chatting and taking photos.

Once they’d collected enough KidZos (75), the children were beyond excited to go to the bank to open a bank account and get their own bank card (with their name on it!). They were planning to spend all their money in the department store after immigration, but I have to say it was a real let down. For 40 KidZos, all Jumpy could get was a pencil and a plastic sharpener (couldn’t be worth more than a few pennies), and they would have needed 500-550 KidZos for a board game such as Mouse Trap, Operation, Guess Who or Jenga.

The child who saved the most money in our group on Sunday only managed to get 99 KidZos despite being particularly frugal and running between jobs for 4 hours. So this means that if she was desperate to get a board game, she’d have to go to KidZania 6 times!

What has the experience taught my children?

They’ve learnt that
• some jobs are a lot more popular than others
• for customer services roles, you have to present well, smile and speak politely to customers
• for some jobs, you have to remember a lot of things
• being a vet is not just about cuddling animals: you sometimes have to operate on them and to get their temperature, you have to put a thermometer in their bottom!
• creating an animation is as fun as it looks
• being a good team player makes work much more enjoyable
• it takes quite a bit of effort to make a room tidy and impeccable
• the logistics of some jobs can require good organisational skills
• spending money is a lot quicker than earning it!
• saving money means that you can buy bigger and better things after a while (sometimes a long long while).

We absolutely loved our day at KidZania London. It’s not like anything we’ve ever done before and on the way home, the children were begging me to take them back soon! 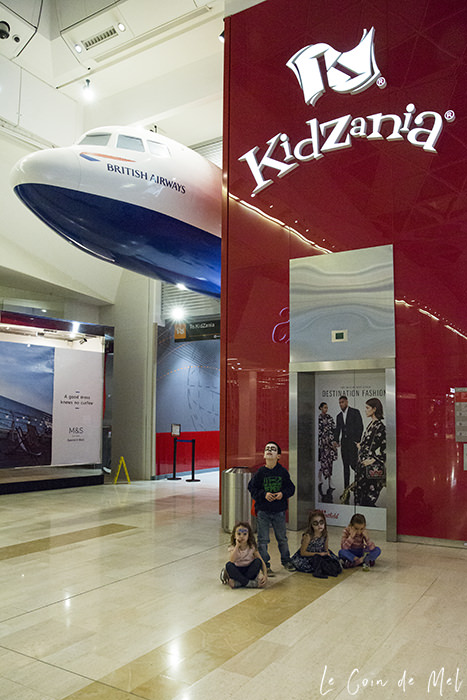 Disclosure: We were invited to KidZania London by Snazaroo. I wasn’t asked to write a blog post, but we loved it so much I wanted to share our experience and a few of the photos I took.