“Would I like to go to the beach in Brent Cross?”

I found it slightly odd when I received the invitation. It just sounded like a mistake somehow, but then I remembered the rides that were being built last time we left the shopping centre. I could not really say no to a bit of urban beach action, could I?

Right, so after reading a bit into this, I found out that the beach experience is London’s biggest urban beach. It sounded promising.

I was not entirely sure how to get there, but the website mentioned it was free to park so I used the postcode for the shopping centre on my SatNav. NW4 3FP led to the car park of the shopping centre, and I found the absolute best parking spot, right outside the entrance of The Beach. All we had to do was cross the road and we were there!

So, for the best parking spot, enter NW4 3FP on your SatNav and once you are in the car park of Brent Cross Shopping Centre, just drive to the very end of John Lewis’ car park, in parking zone A. Alternatively, Fenwicks’ car park is pretty close, too.

When we got to the Beach last Thursday, it was not yet open to the general public, so we could make the most of all the rides, with no queues or stress whatsoever. For once in our lives, both my friend Anna and I were early, so we were amongst the first dozen people to set foot on the beach. We first went for a chat with the pretty mermaids. 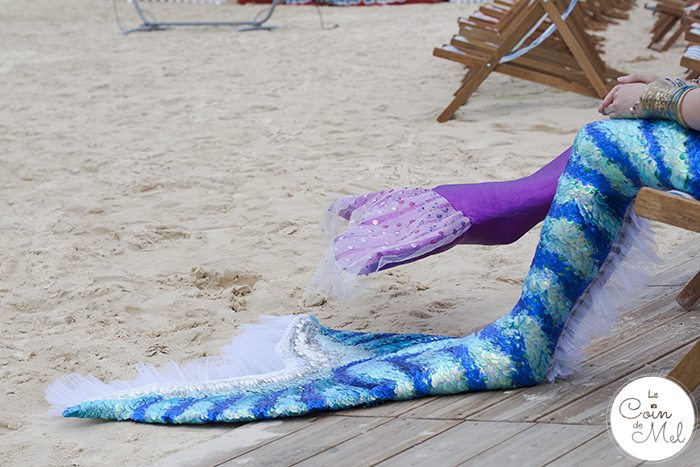 After that, the children had a play with the diggers on the freshly laid golden sand. If you are not leaving the city this summer, the 2,500m² beach is for you! Once you are there, you can spend the whole day on the beach, bring your own picnic, buckets and spades and just enjoy the sunshine (if it ever comes!). 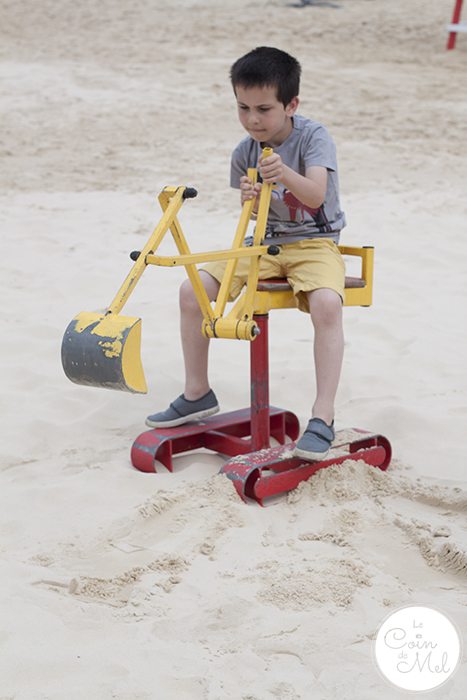 The Beach has that nice traditional seaside resort feel, with the added convenience of free parking and security on site. The inflatable slide was a hit with the children, who kept going up and down with much laughter and stamina. 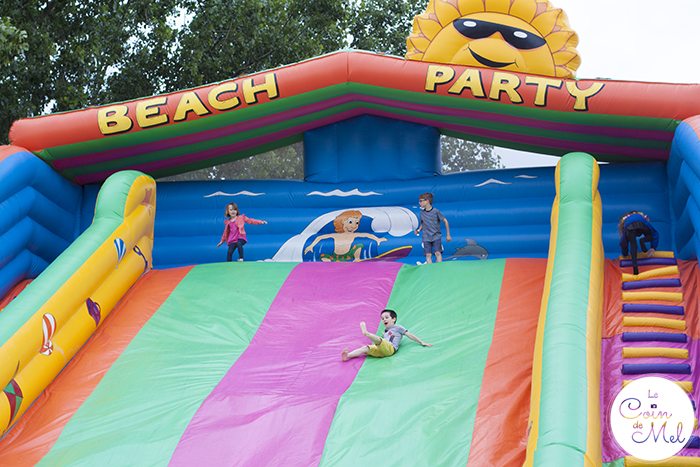 Our next stop was the Helter Skelter. Crevette loved it! 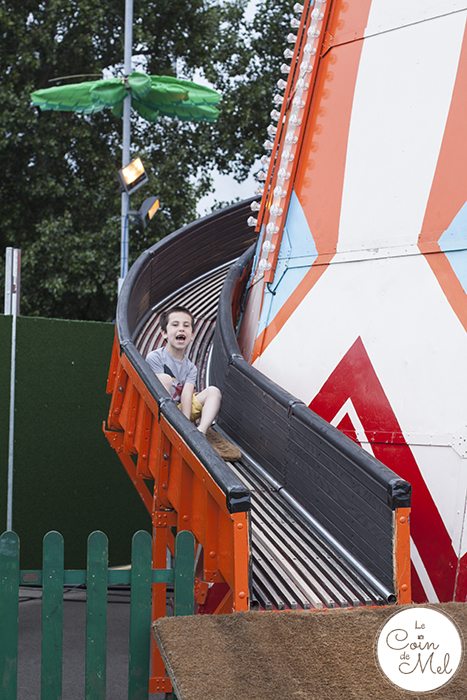 The Donkey Ride was a fun one; even my friend Anna hopped on with Wriggly. 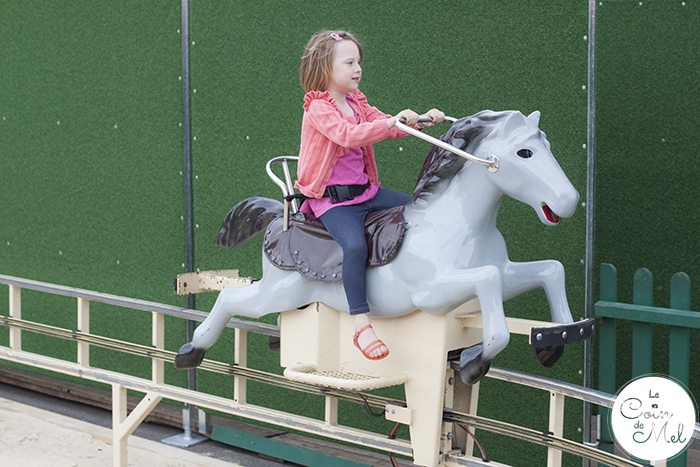 We spent quite a lot of time on the Double Deck Carousel, which made the little ones very happy, especially Wriggly and Beanie, who rode the big horses by themselves. I was a lot more worried than they were, but luckily, there was a bench on the merry-go-round for me to sit on, right by their horses. 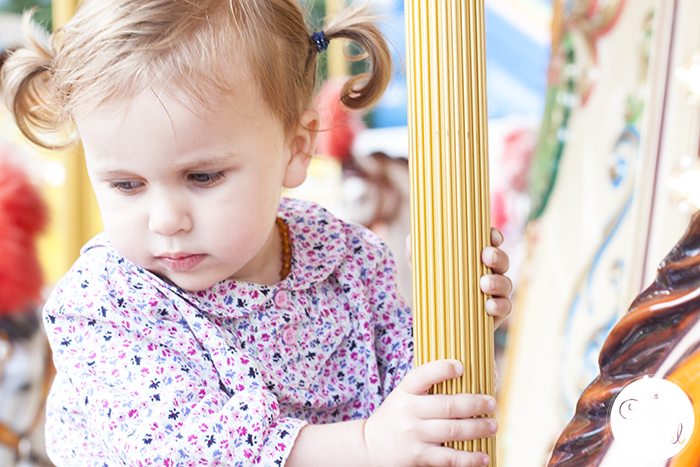 The Bumper Carz were the children’s absolute favourite and I would have loved to be allowed to climb in myself! 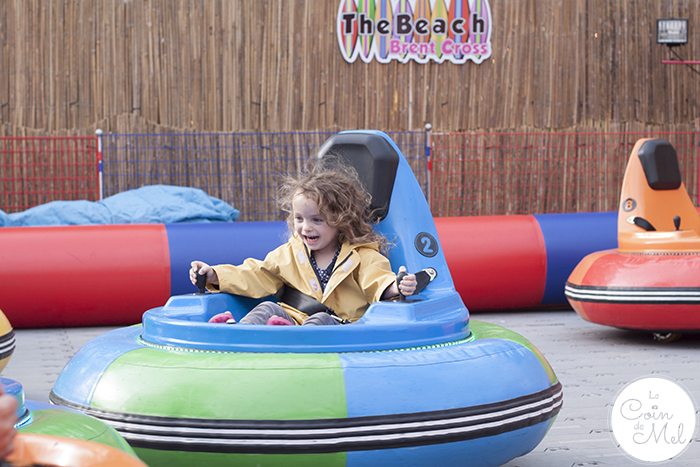 Anna treated us to fish and chips and I was pleasantly surprised the fries were gluten-free and cooked separately from other fried items on the menu, which made them suitable for wheat allergic Jumpy. A couple more rides and it was time to go home. They say, “time flies when you’re having fun” and I could not agree more! 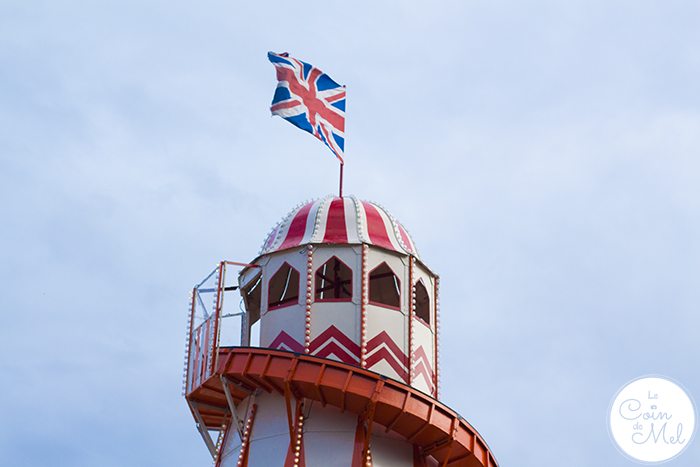 There were so many more rides the children were disappointed we did not have time to go on, like the Water Balls, Flying Dumbos, or the River Rapids. Next time, next time… 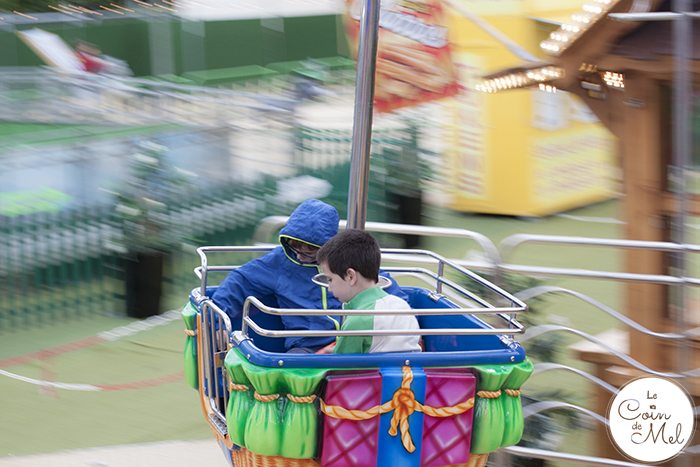 The amusement park is also perfect for whoever is looking for an adrenalin rush, with rides like the Thriller Coaster or Mach 5.

This summer, sporting enthusiasts will also be able to follow the action in Wimbledon and the Olympic Games from Rio. There will also be exciting performances on the beach like Brazilian dancers or fire artists.

Disclosure: We were invited to the press event but I was not asked to write about it. I simply chose to share our experience since we had such a nice evening. I was also quite smug for finding the best parking spot and wanted to share it with you!