“Wow, that’s fancy!” were the first words uttered by Crevette as we approached Kingsmills hotel, the first place we stayed at during our trip to the Highlands.

Even in the dark, the hotel looked sumptuous, and it left me speechless for a minute. Whoever knows me will agree that it does not happen very often. It looked even better the next morning in the sunshine! 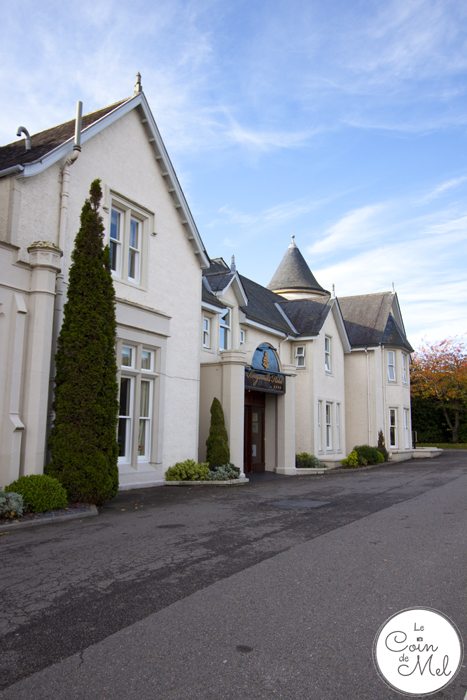 Going in did not disappoint. The reception area was large, welcoming and everyone there was friendly and really helpful.

I gathered information about breakfast, which was included with our room and the two keys to our studio room in less than five minutes.

Walking into our ‘room’ was just like getting into our very own flat. We had a spacious bedroom with a bed big enough to fit the six of us comfortably for a snuggle.

There was a comfortable sitting area with everything you could wish for: a sofa, armchairs, a television, a fridge and a desk. 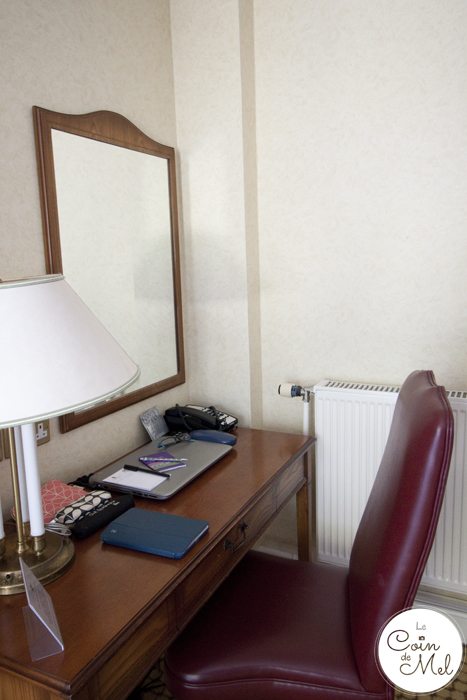 French windows opened onto a patio from which the children could access the grounds of the hotel and run around safely. Bliss. 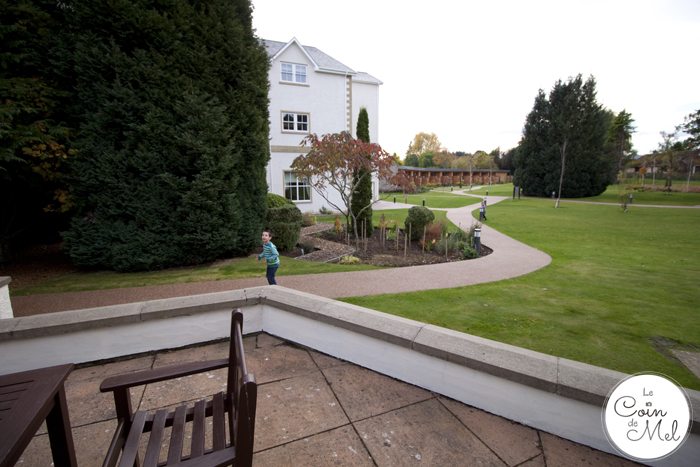 We had two large bathrooms and the children had their own bedroom with bunk beds, so bedtime for them did not mean ‘lights off’ for the whole family. 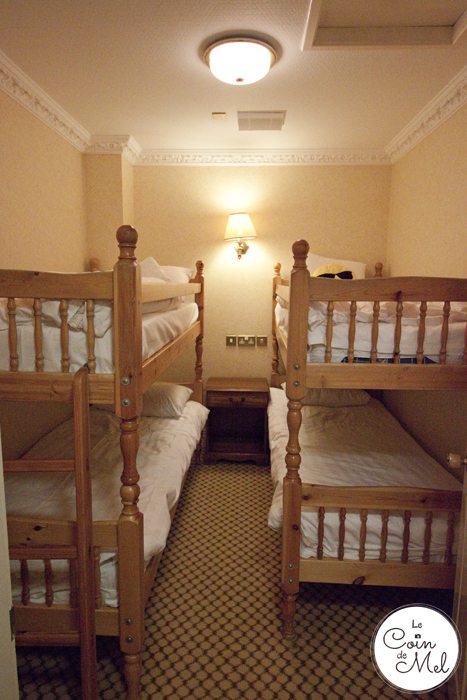 Once they were asleep, Hubby and I would relax without having to sit in a small bathroom with nothing but a bar of chocolate and a cup of tea. We had our own space. That makes such a difference!

The idea of a hotel stay with children is not normally appealing for the reason above. Who would want to spend their evening sat on the side of the bath, not daring to move in case they woke their kids up?

Our studio room was quite simply perfect for us and being there really felt like a break from our everyday routine, with all the trimmings. Hotels are convenient: no cleaning, food on demand, no need to pack bedding or towels, but there is generally an issue with personal space when you have a large family. None of that at Kingsmills Hotel! 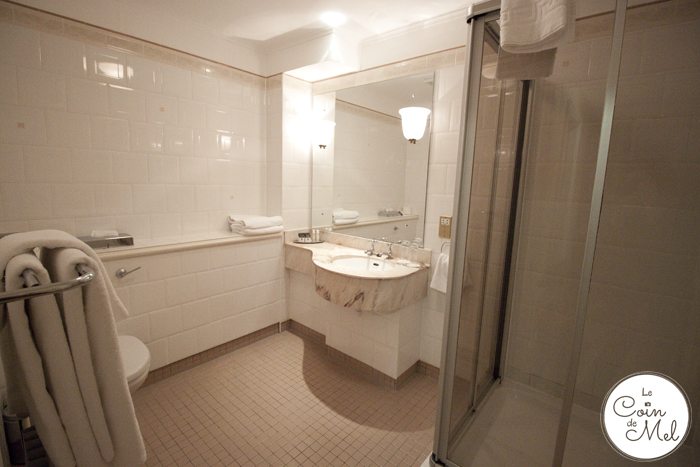 We spent two nights there and the first morning, as we were having breakfast, Crevette declared, “When you said we were going to a hotel, I didn’t expect that. I thought we’d just have a bed in a room like in a normal hotel. It’s different here. It’s got everything. It’s even got lots of things for breakfast and a swimming pool!” My little man summed it all up beautifully! 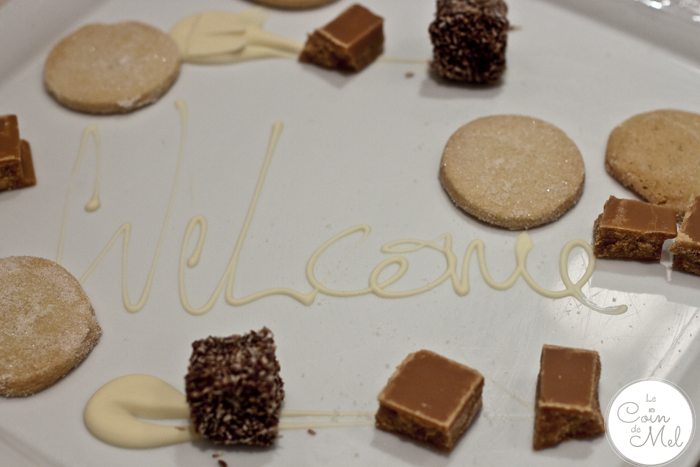 On both nights, we had dinner at the hotel. Restaurants are normally a bit of a pain because of Wriggly’s allergies. She mostly ends up having the choice between chips, steamed veg or soup, but there was a range of things she could opt for on the menu of the Conservatory restaurant and they even managed to source wheat and egg-free bread for our little girl. She went for grilled chicken, mash and veg and ate all of it, although her kids’ plate looked to me like an adult portion (whole chicken breast!). 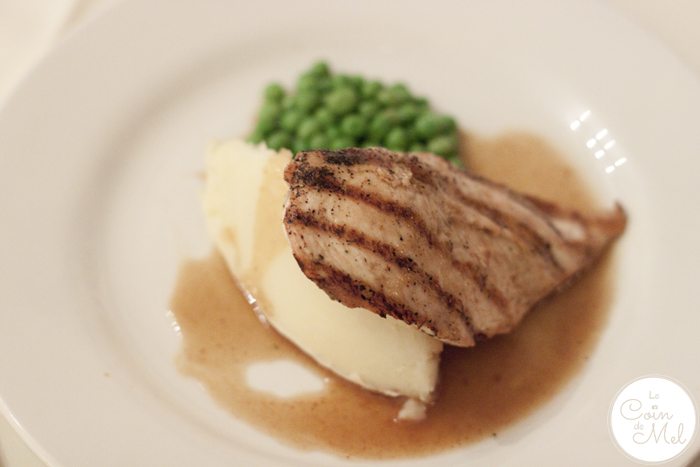 The chef, whom we had warned in advance, had even put together a beautiful birthday plate with jelly animals. She was a happy girl and shared her birthday dessert with her siblings! 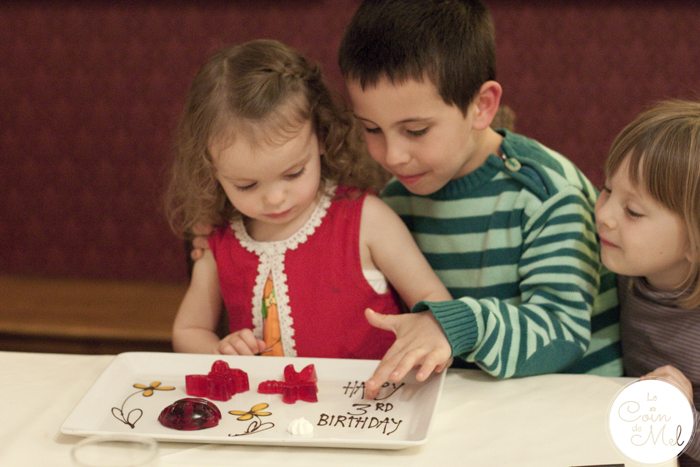 Breakfast was exactly what we were after, with a wide range of options. Fruit, cereal, pastries, bread, fry up: it was all there and it was delicious. Coffee was strong and that is exactly what I need in the morning! 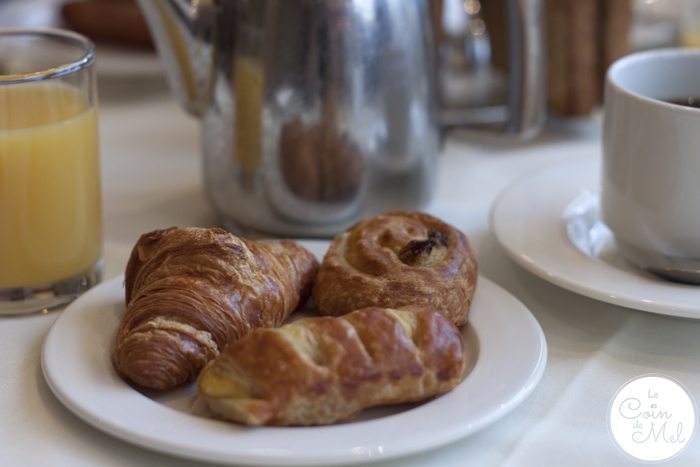 One morning, Hubby and Beau-papa (my wonderful father-in-law) took the children to Fort George so I could have a pampering session and I treated myself to a facial in the spa. I had the most relaxing time! Lesley, who looked after me, was lovely, gentle and made this ‘me time’ really special. I left feeling refreshed and completely stress-free. 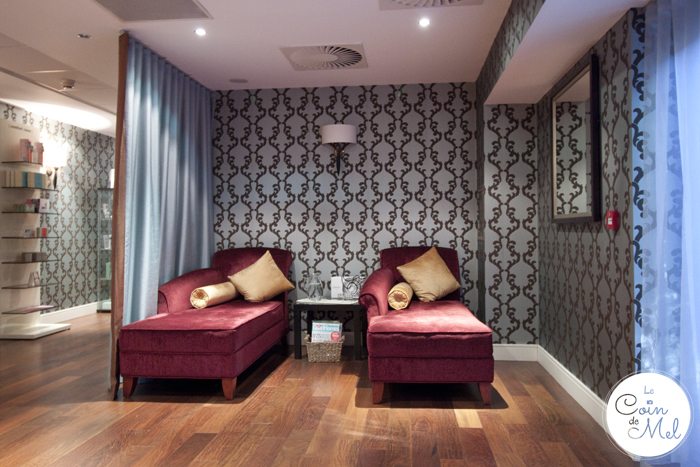 Crevette and I went to the swimming pool before dinner that night. The changing rooms were immaculate and we spent longer there than was necessary. To quote my little man, “it’s not like the showers in our swimming pool.” No kidding! 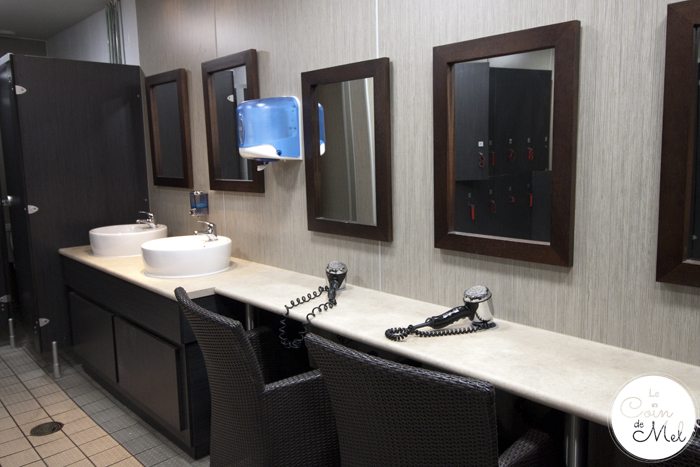 I always take the children swimming, but during their lessons, there is no place for me to do a few lengths so I enjoyed swimming up and down the pool with my swimming partner. When I had had enough, we had a chat in the Jacuzzi. That was a first for Crevette and he loved it so much he would not come out and requested we get a Jacuzzi in our garden (dream on, Little Man, dream on)! 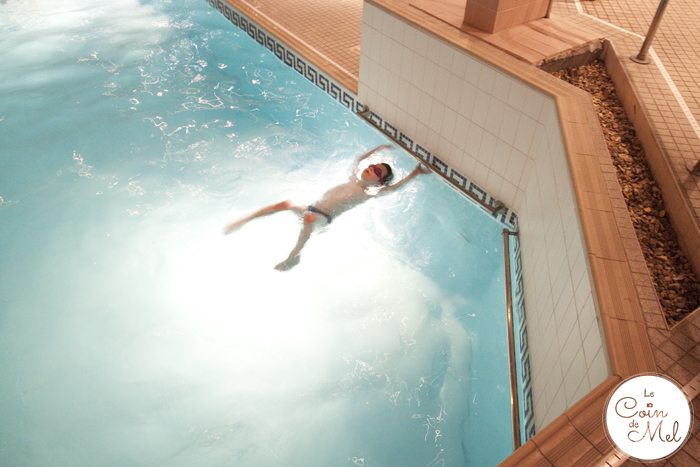 I am a sauna and steam room kind of girl so I told my little man to try both for a couple of minutes. He was not won over: “Why would they do that? I feel like I’m gonna melt!” were his words. Bless him!

That night, we ate at the hotel again (Inglis Restaurant) I had cod with samphire, tomatoes and roasted potatoes. It was scrumptious and the mere thought of it makes my mouth water. 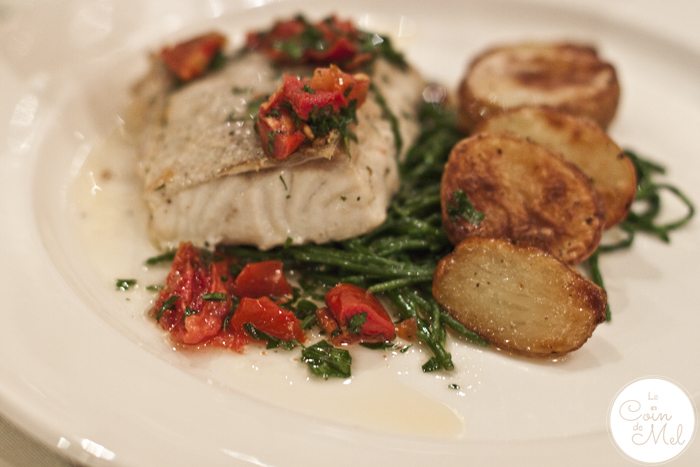 Wifi signal was sometimes weak, but that was not a major issue and other than that, I could not fault the hotel.

It is the perfect place to stay for a family and yesterday, Beanie and Crevette were asking me when we would be going again (no lie!). 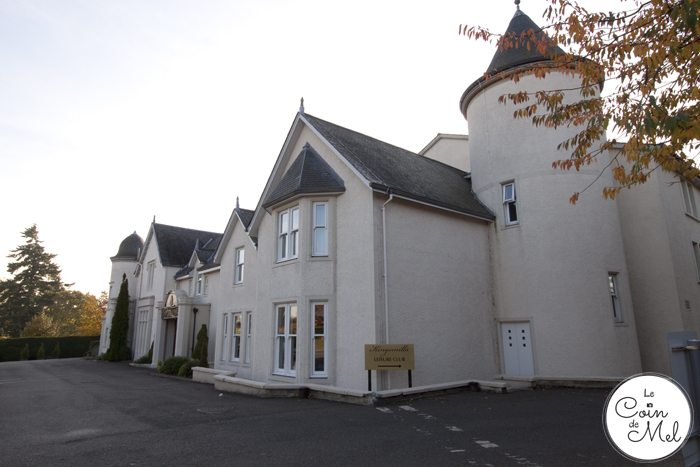 Disclosure: We stayed at Kingsmills Hotel for two nights free of charge, with breakfast included. We were also given a discount on our food bill. All thoughts and photos (other than the one of the family room) are my own.