Crevette and I first experienced the Warner Studio Tour (North London) last year. Since they keep adding features to the already impressive range of sets from the Harry Potter film series, we were keen to go again. I was invited to the opening of number 4, Privet Drive last month with the children. What a treat for our little family! This time, food was involved as well, and I can never resist a feast, so we were there nice and early on the day!

My 3 year old is a huge Harry Potter fan, you see. I know, it sounds quite unusual as she is so young, but she has been addicted to Harry’s adventures since she was a toddler. Some babies like Peppa Pig. Mine was in awe of Harry, the snakes, dragons, giants, dark atmosphere and spells.

The evening began a 6.30p.m., close to the time the children generally start getting ready for bed. Since it was a school night, the event was even more of a treat for them!

As we arrived in the foyer of the studios, we were given canapés and drinks. The little ones were mesmerised by the smoking cocktails and to be fair, they were quite a sight! The canapés were out of this world, but I felt really bad for not bringing any food other than sweets for Jumpy (we had eaten just before we got to the studios). 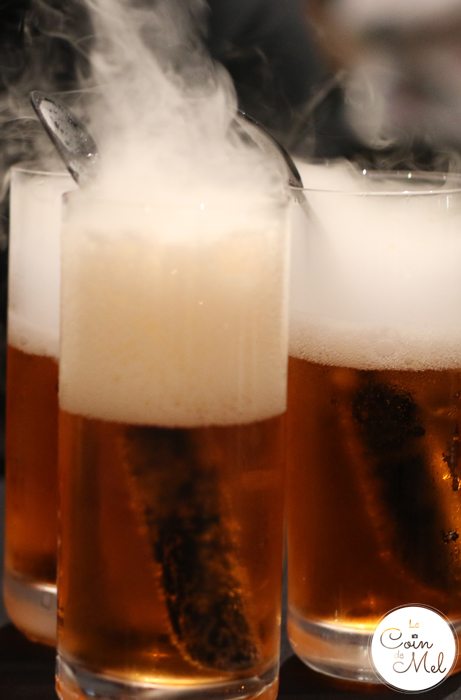 As we were sitting in the cinema area before the tour, Beanie (5 years old) whispered in my ear, “I’m a little bit scared!” Bless her! Her little sister was fretting with excitement and could not stop giggling. Crevette had the confident demeanour of someone who felt at home, as he had come with me the previous year. 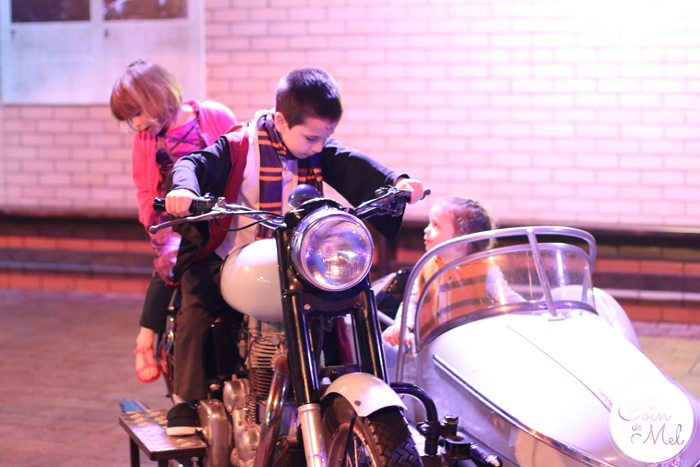 I learnt quite a lot during the tour and thought I would share my findings with you, lovely people.

Many of the props in the cupboard under the stairs where Harry slept in Privet Drive, came from the set decorator’s (Stephenie McMillan) own basement. 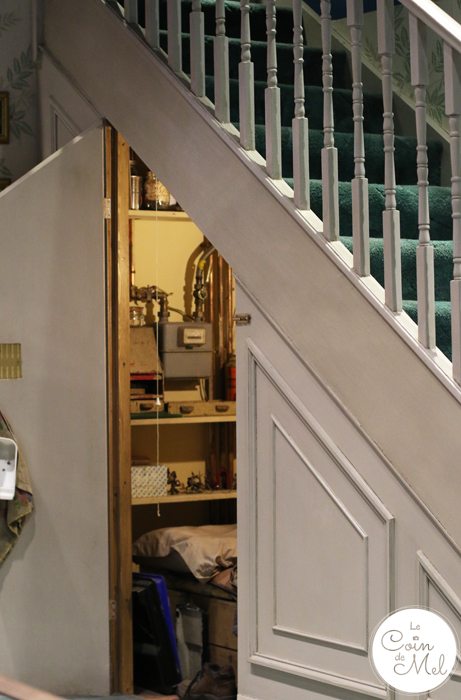 The children had a go at wand choreography with an interactive demonstration, and that was my favourite part. Make sure you give that wand a swirl if you visit the studios! 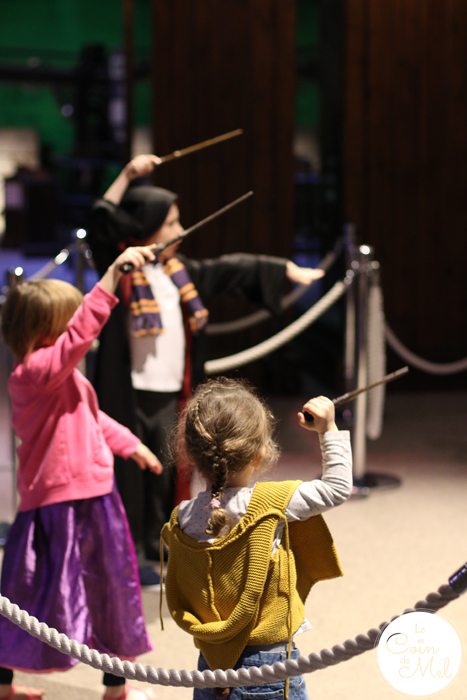 For the Yule Ball, 90 decorators (90!!) spent a month transforming the Great Hall into a ballroom. The beautiful centre piece was inspired by the architecture of the Brighton Pavilion. It is lit from below to give it an icy appearance. 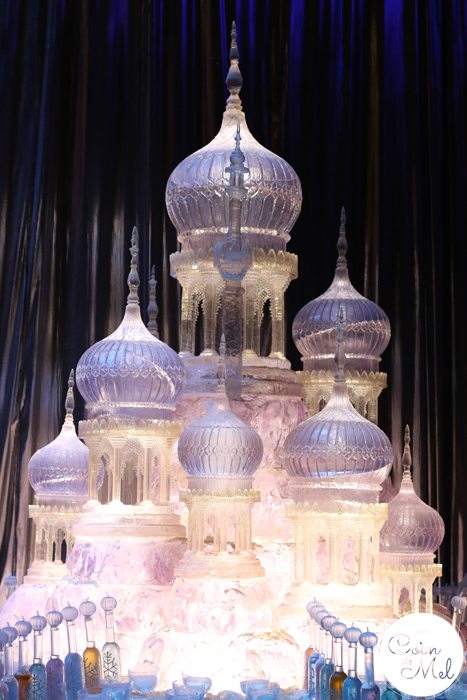 The majority of the pudding course created for the welcoming feast of Harry Potter and the Goblet of Fire was made of painted resin. Amongst the edible pieces were Swiss rolls and a chocolate phoenix cake, which survived more than 7 years in storage.

The children loved waving their hands to chop the carrots in the Burrows, washing the pan, ironing and knitting. 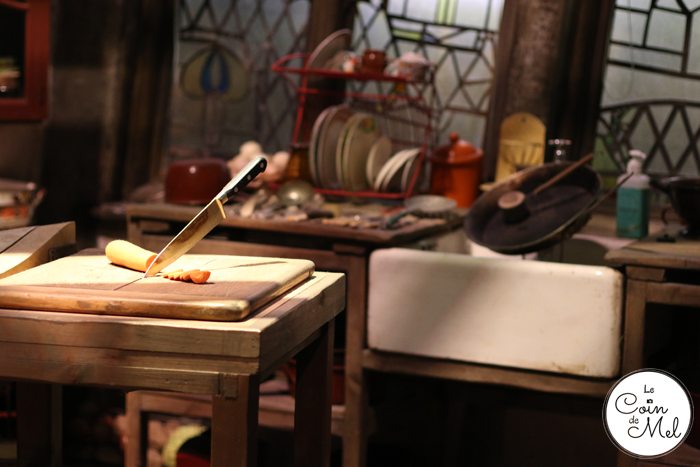 Butterbeer ice cream was one of the highlights of the evening for all of us. It is scrummy and free from egg, wheat and nuts, so in other words, Jumpy could have it, woop woop! Not so appetising, but interesting nonetheless, we found out that some of the ingredients in the potions classroom were: plastic animals from Regent Park zoo’s gift shop, baked animal bones from the local butcher’s, dried leaves and herbs. 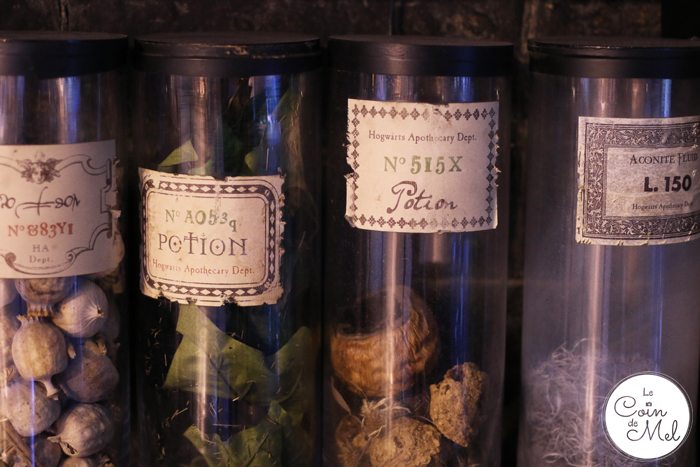 More than 500 bottles line the walls of the classroom, and many of them have their own handcrafted labels. 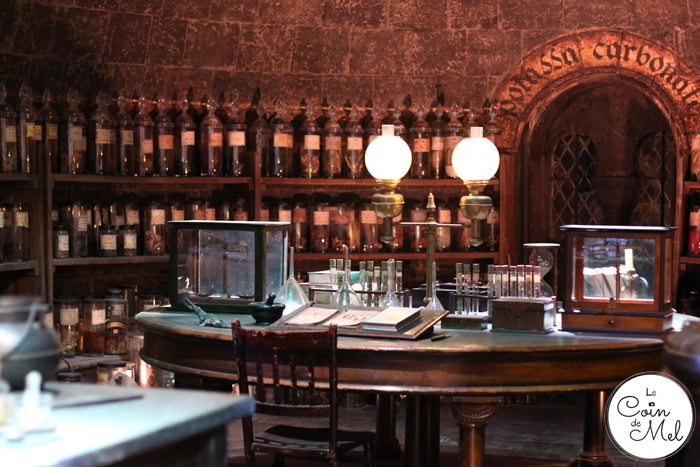 After yet more butter beer ice cream (yes, we liked it that much!) and canapés, we were amongst the first journalists and bloggers to enter the Dursleys’ family home and peek into the living room, as the exterior set was opened especially for the Studio Tour’s 15th anniversary celebrations of the first film. 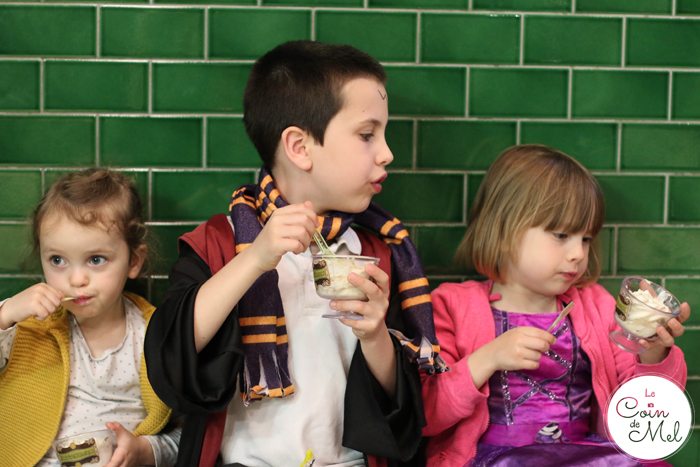 Since the Harry Potter studios are the only film studios I have ever been to, I had no idea what to expect. From the outside, the house looked like a normal house. Would the inside be the same? Would we be allowed to go upstairs?

After much speculation as we were progressing on the red carpet, we finally entered the house. It was actually ten times smaller than I had expected. To our left was a wall lines with Dudley’s certificates of ‘achievement,’ to our right was the staircase, that led to a scaffolding.

Directly opposite the door to the iconic cupboard under the stairs (closed) was the door to the tacky living room. It was tiny! It is incredible what they manage to make us see on screen and what real life sets look like. Apparently, the decorators simply brought anything and everything to furnish that room. The only criteria were it had to be ugly, mismatched and tasteless. They did a great job!

Inside the room were the letters inviting Harry to become a student at Hogwarts, flying from the fireplace. The strings attaching the letters in the air were obvious to the naked eye, but when photographed, you cannot see them. Magic! 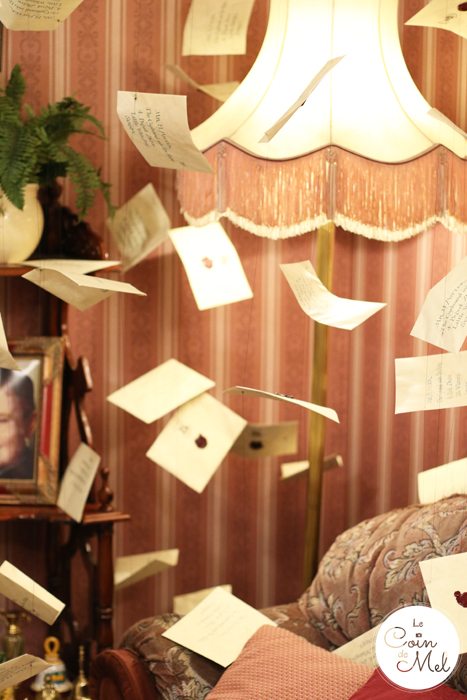 As we were leaving, we collected our gifted photo taken outside number 3, Privet Drive. We were also given a goody bag each as we were heading out. These babies saved me from the meltdowns that were brewing after I declined pleas to spend a small fortune in the gift shop. 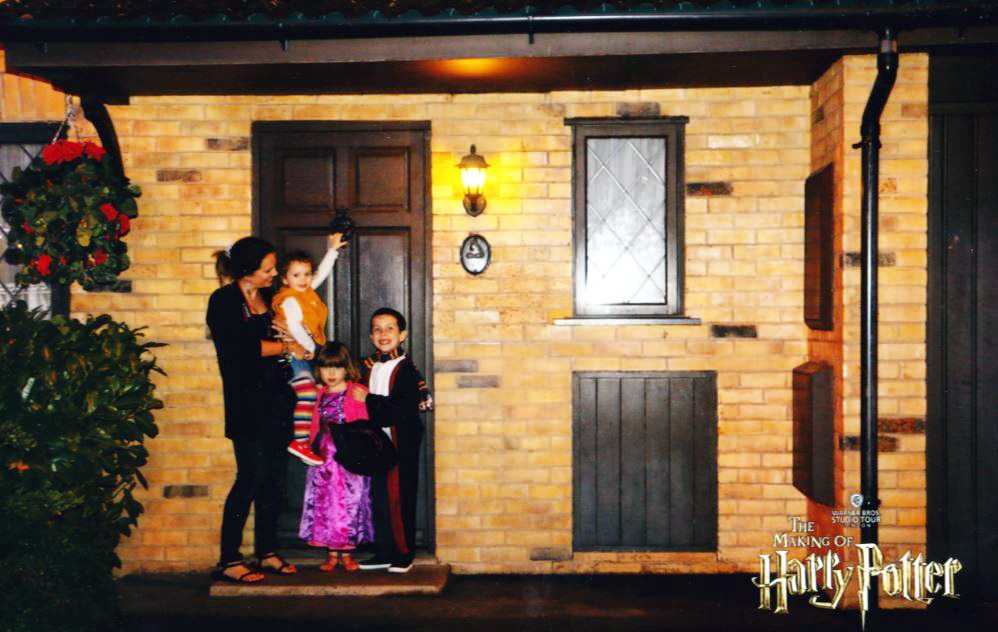 The four of us really had a wonderful evening and we got home exhausted but happy just before midnight. Needless to say, the following morning was a bit of a battle! 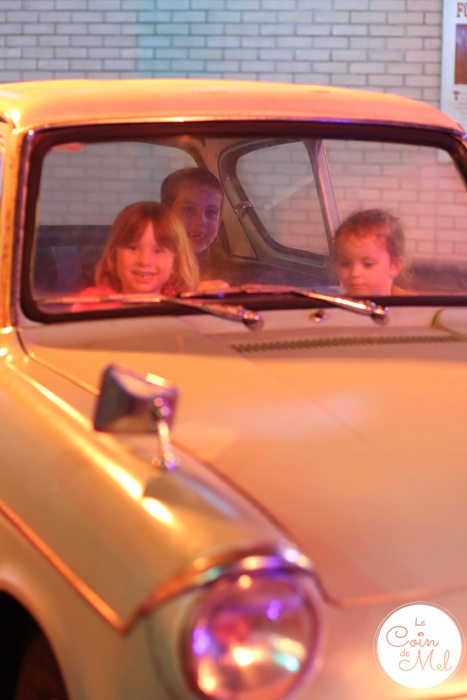 Disclosure: We attended the press event free of charge and I was not asked to write about the event. I just wanted to share what a brilliant night we had. All photos and copy are my own.

If you want more information about the tour or find out how to book tickets, simply click here.