We found Dory! Let me tell you one thing: if you enjoyed Marlin’s search for Nemo, you will love Finding Dory!

Excitement has been palpable at home ever since I first mentioned our day out and we must have watched Finding Nemo three times this week, getting more and more excited after each screening in our living room, laughing harder every time, comparing our favourite moments.

We arrived at Disney HQ right on time for the start of the 3D screening and just had time to grab ice cream from the foyer and we were shown to our seats.

It was my first time ever watching a whole film in 3D. We were handed 3D glasses as well as wipes for the glasses as we came in and I gave mine a good clean. Throughout the first half of the film, I was still seeing a blurry picture and I thought there was an issue with the 3D thing. After all, we were watching the film before its actual release. As I was wiping my glasses for the umpteenth time, I realised it was my sunglasses I had been wearing, not the 3D glasses, which were on my lap. What a complete and utter idiot! The rest of the film was a lot clearer…

SPOILER ALERT! If you would rather not know what the latest Disney PIXAX movie is about, stop reading now.

If you thought Dory was cute as a forgetful adult, you will fall in love with wide-eyed baby Dory. When young Dory becomes separated from her mum and dad, she feels lost, scared and alone. The fact she forgets most things every ten seconds or does not help. Until she meets Marlin and goes on a quest across the ocean to find Nemo with him, that is. Reliving their first encounter from Dory’s point of view is magical, surreal even.

Nemo, Marlin and Dory embark on an adventure to find Dory’s parents. Dory makes lots of friends along the way, loses her clown fish travel companions and gets reunited with long lost friends along the way. Dory’s flashbacks, or memories progressively coming back to her, help you understand Dory better. It also makes it really clear what living with short-term memory loss means to her, what she feels every day and the anxiety attached to her condition.

You will get the same warm, fuzzy feeling that enveloped you when you first watched Finding Nemo, but might not laugh as much. The plot is more emotional than ‘can’t stop laughing’ hilarious. It is heart-warming all the way through, full of humour.

Sequels can be hugely disappointing, but Finding Dory is not. It is visually stunning. A disability message shines through, showing Marlin that ‘different’ is actually beautiful, that it should be celebrated rather than being frowned upon. What Dory does best is forgetting. Should we not try to think of obstacles with a blank, fresh mind instead of overthinking?

What would Dory do? 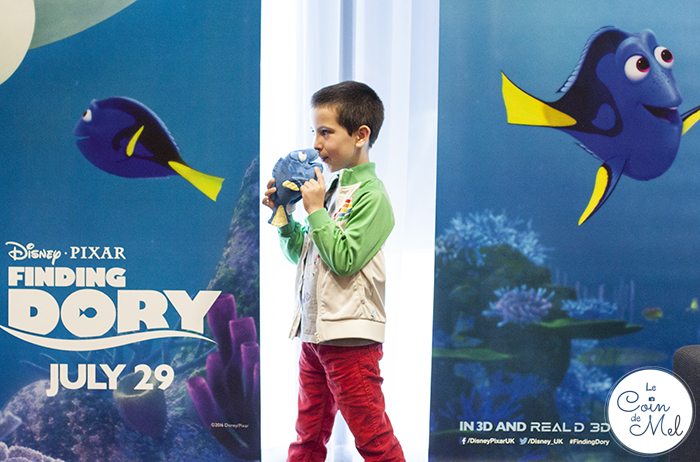 Disclosure: We were invited to watch Finding Dory as part of the Huggies® Little Swimmers® ambassadorship programme. All photos and opinions are my own.