It was Crevette’s school fair on Saturday and we had to bring cakes and food on Friday, but it is one of my working days so I had to find something I could make ahead. When my mum came to visit, her fudge obsession did not go unnoticed and as she bought some of the creamy treats, it made me crave them even though it is not normally the kind of sweets I go for. I have to say that at this stage of my pregnancy (37 weeks), I am craving pretty much anything and everything sweet.

Whenever we visit our family in Devon, we can buy fudge so I had never bothered trying making it until last year when I stumbled upon a photo tutorial claiming to be easy and ‘foolproof’ on Pinterest one day. As I happened to have all the ingredients at home and some time in my hands, I decided to make it. It was easy; I have to agree with that. It was also a total and utter disaster as it was inedible and I threw it all in the bin (Pinfail!).

This time, I decided to go to sources I knew I could trust, namely BBC good food, Nigella Lawson and Jess who blogs at ‘What Jessica Baked Next’.

I started with BBC good food’s Vintage Vanilla Fudge, which keeps for up to two months in an airtight container. I have to admit the recipe was not too straightforward to follow as a sugar thermometer was needed, and it took over forty-five minutes to make. The instructions were to leave the fudge to set at room temperature, but the next day, I found it too soft and decided to keep in the fridge.  I like it, but it is slightly too creamy for me. 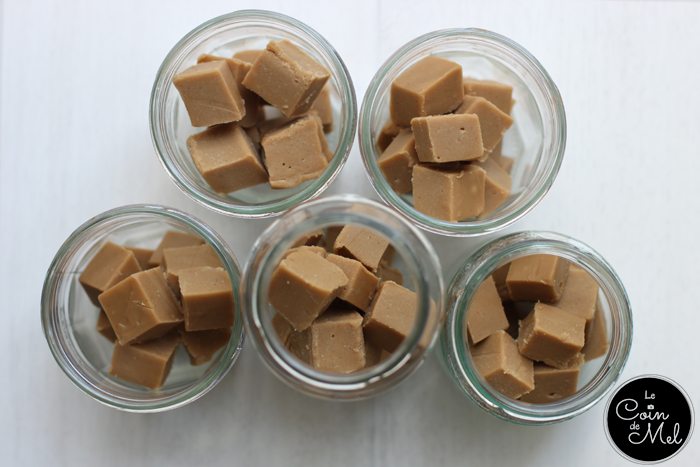 A couple of days later, I made Jess’ Fudge, replacing the custard creams with Oreos. Her recipe was incredibly simple to follow and had four ingredients only (sugar, clotted cream, golden syrup and biscuits). It took me less than fifteen minutes from start to finish. When I finished making it, it truly was a magic moment as I could tell it had worked straight away. I could not wait for it to set so I could try it. I was not disappointed the next day when I cut it to put in jars with the children. It was scrumptious! 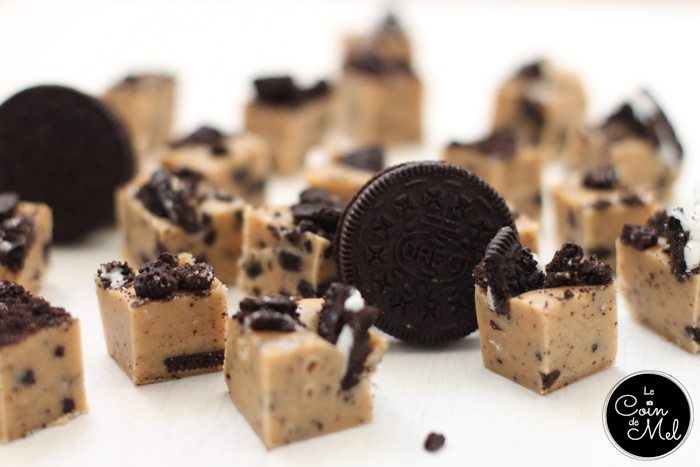 Both the children and I agreed it was better than the previous batch, but hubby, our fudge expert at home, still prefers the first one. 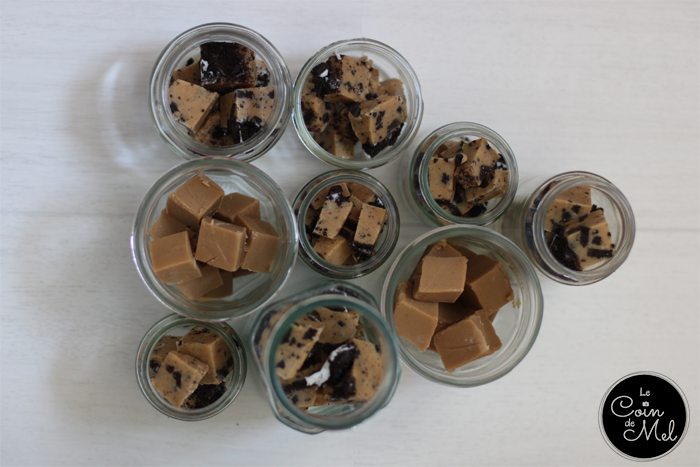 I ran out of jars, time and space in the fridge so I did not make Nigella’s one in the end, but here is the recipe for her Vanilla Fudge if you want to have a go.

When it was time to put the fudge in jars, Crevette and Beanie wanted to help so we did it together whilst hubby was giving Jumpy a shower. We made a lot of mess in the process but the children had fun and the result looked so good I wanted to keep some. I had not made quite enough for that so I only kept a couple of jars as little presents for two of my friends. 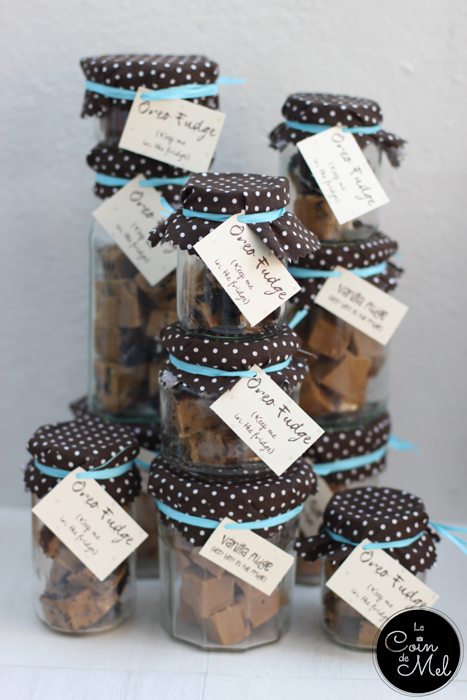