Today is French National Day. It commemorates the ‘Fête de la Fédération’, which was held on the 14th of July 1790 to celebrate the establishment of a constitutional monarchy in France and the unity of the French people.

The feast took place on the first anniversary of the storming of the Bastille prison which had marked the beginning of the French Revolution.

In France, people simply refer to the bank holiday as ‘Le quatorze juillet’ (the fourteenth of July). It is a day of celebration. Wherever you go, whether it be a city, town or village, there are fireworks displays, communal meals, dances and parties on 13 July. Every year on the morning of 14 July, a military parade is held on the Champs Élysées in front of the President, who reviews the troops.

I had to share something French today and Crevette mentioned snails a couple of days ago, so ‘escargots à la bourguignonne’ it is! 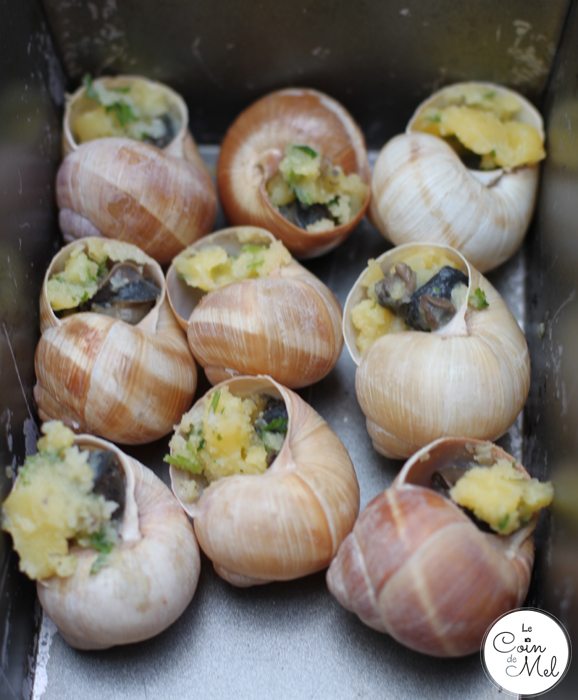 I could advise you to collect your own snails on a rainy day and explain how to clean and prep them, but I guess most people would find it rather off-putting. It is also a lengthy process so I will go with the easy alternative. You can buy cooked snails and shells. All you have to do is stuff each shell with a snail, top with garlic butter and place in a warm oven for 8 to 10 minutes. 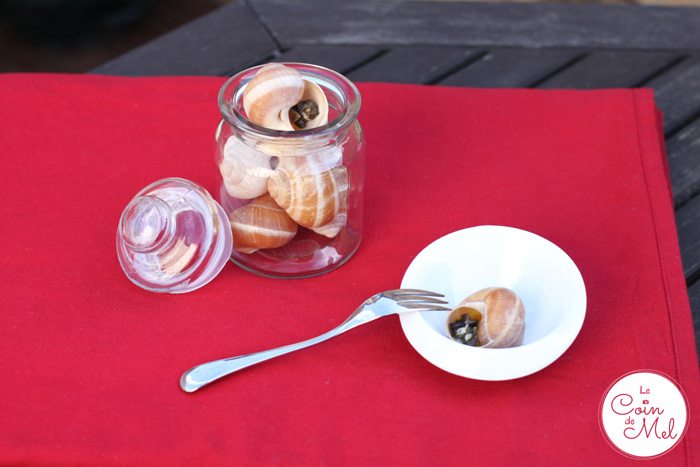 I love compound butters. They are easy to make and can be used for flavouring meat, fish, boiled potatoes, or simply spreading on a piece of crusty bread.

You can keep the butter in the fridge for a few days or freeze it for later.

Garlic butter is tasty and incredibly versatile. What would you use it for?