I am not keen on play dough. There, I said it! It has the bad habit of crumbling everywhere, sticking to the carpet and getting stuck between floorboards, which I find really annoying and impossible to clean, but my children love it! There is always a play dough table at playgroups, so I do not normally feel bad about hiding the stuff at home. 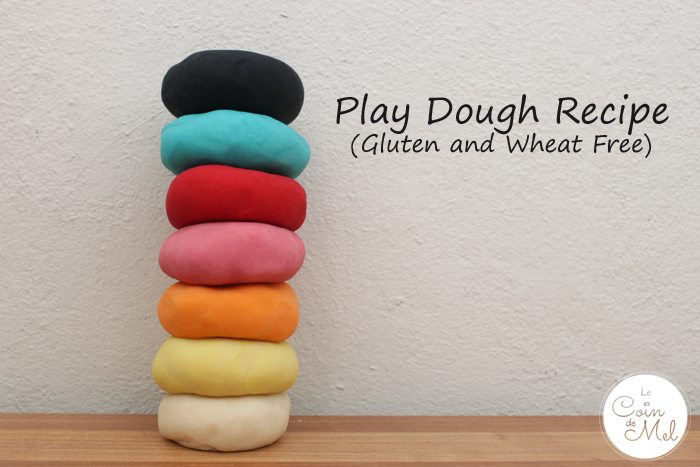 Despite all that, I woke up this morning thinking I wanted to spend time with my children doing something they would really like, rather than something that was convenient for me. It was quickly decided we would have a bit of play dough action. I was also thinking of Jumpy (1 year 3 months), who has not played with it yet as she is allergic to wheat. They use flour in the one they make at playgroups we go to and the industrially made Play-Doh is not wheat free either.

I had a quick look on the Internet. They all replaced wheat flour with a mix of rice flour and corn starch, both of which I had in my cupboard. I was quite happy to find a use for rice flour as the two recipes I used it for (ice cream and cake for Jumpy) were disasters. No one was going to eat the play dough (in theory), so I was not worried about its taste! I removed the flour from a recipe I had used a few times before, went for the amount of rice flour and corn flour suggested in gluten free recipes and added a bit of vanilla essence for the smell. 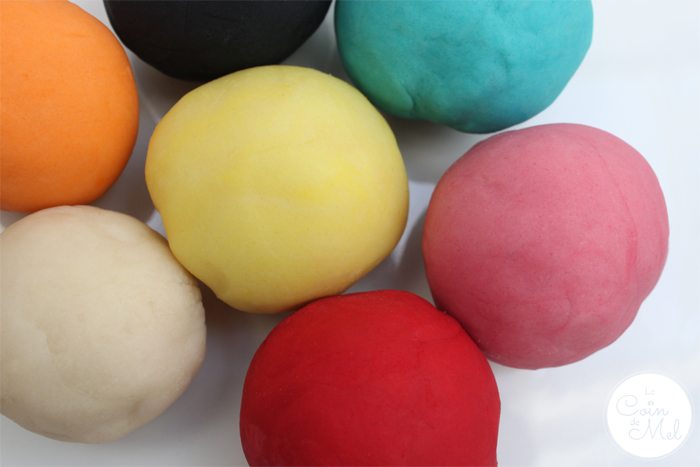 When Jumpy was having her nap this morning, Crevette (5 years 6 months) and Beanie (3 years 4 months) both got involved with the measuring of ingredients and mixing, getting particularly enthusiastic when we started adding food colouring to our pieces of dough. They kneaded, rolled and played. I have to say I was really pleased with the result. It looked and felt the same as the dough I had made before. 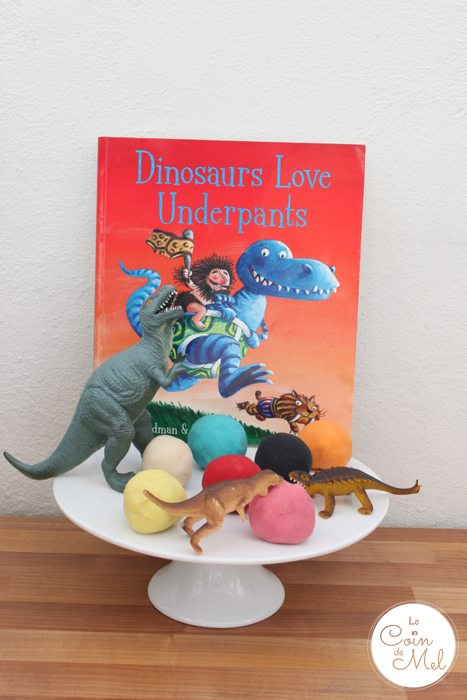 I even joined in with the fun when they took out a few plastic dinosaurs and their favourite bedtime story of the moment, “Dinosaurs Love Underpants” and started making underwear out of play dough. We had a lot of fun talking about the story, about which dinosaur should have which pair of pants, and what shapes they were cutting to decorate their underwear (circles, stars, stripes). 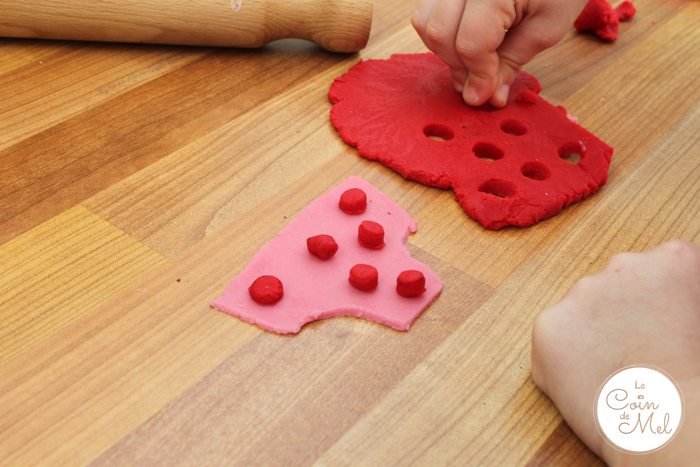 Who would have thought that we would end up doing some geometry and storytelling whilst messing around with play dough? Not me! It is great letting the children have fun whilst learning just for the sheer pleasure of it. That was definitely a magic morning for us!

After we came back from our Saturday swimming sessions, we were all very excited to let Jumpy have a go. I was fondly picturing all three kids having hours of fun together.  Jumpy took an orange ball of dough, walked around with it for a bit, looked at me as if to say, “What do you want me to do with that, mum?”, licked it, realised it did not taste nice, and discarded it. She did make me laugh, bless her!

Just before bed, Crevette and Beanie asked me to read “Dinosaurs Love Underpants” and we decided to match the underwear they had made out of play dough with various dinosaurs. Crevette thought T-Rex should be wearing the pink dotty pants so it would make it look girly and less scary. It was decided the pink and red stripy ones should go to Triceratops just because Beanie thought it would like them. As for the blue with yellow stars ones, the smallest, they went to Diplodocus to stick to the story. 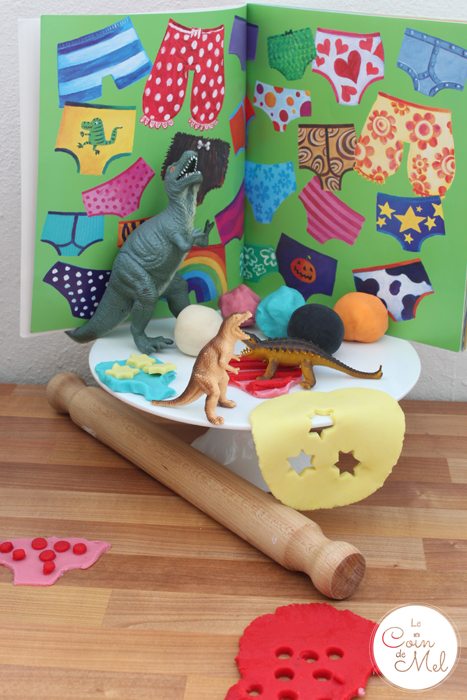 The dough went everywhere and I still have some under my nails, but I could not care less.  It was a great day and we kept the dough in a sealed plastic bag to make sure we could all play again tomorrow.

I tend to use gloves when first adding in the food colouring. Store in a sealed plastic container or zip bag.