My four and I have just had the best weekend, with lovely train journeys (we do love trains!), an epic sleepover and a whole day at Hyde Park Winter Wonderland for a fab press day.

I woke up feeling dreadful on Saturday morning, coughing and generally being fuzzy-headed and full of cold. Autumn lurgy, you minx, I didn’t miss you one bit! Despite not being 100% myself, I couldn’t wait to go to the other end of London for a sleepover at my friend Reneé’s. Our children are like peas in a pod and they love each other so much it’s quite sweet to watch. As for Reneé and I, we can talk for hours whilst sipping on a hot drink, so the prospect of our stay with them gave me the kick I needed.

As soon as we got to Reneé’s, the older two disappeared upstairs. They came back about an hour later with a cookie recipe they’d created together (love these two!). Reneé gave them free rein in the kitchen and the cookie dough was ready pretty quickly. It made the perfect sweet treat after a wholesome dinner. Polly had also made an epic chocolate cake so we were in for a treat!

All our children got on like a house on fire and they didn’t stop for a minute: they got crafty with Hama beads, played with LEGO, drew and coloured lots of pictures, wrote recipes, ran around like loonies, watched a Christmas film and destroyed the playroom. Reneé and I put the world to rights whilst drinking lots of warm lemon and ginger.

We had to leave early on Sunday morning and it was tough for the children to part company, but we always make sure we see each other regularly, so they weren’t too sad. Looking at my camera now, I’ve just realised I didn’t take a single photo at Reneé’s. That’s really unlike me, but we were so busy catching up it didn’t even occur to me to take it out of the bag.

More excitement was coming our way on Sunday with the press day of dreams at Hyde Park Winter Wonderland. We met my friend Anne and her family by Marble Arch station and headed towards the purple gate, where we’d find out exactly what they had in store for us.

We’d been to Hyde Park Winter Wonderland once, but only to see a show quite late one evening (The Nutcracker on Ice) so I had no idea how big the Christmas fair actually was.  I knew there would be some food stalls, a few rides and maybe the odd Christmas market stall as well as a few shows, but I had no idea how huge it was.

As we walked towards the gates, Scout the Elf asked the children whether they wanted to take part in a scavenger hunt. They got pretty excited about that and they were squealing with excitement when she gave them an elf sticker (hyper, much?). They couldn’t wait to go in and start looking for the naughty elves.

Since it was mid-morning when we arrived and Hyde Park Winter Wonderland had only opened a couple of days earlier, it wasn’t too busy thankfully and it didn’t feel overwhelming with five children.

We managed to do loads of things. First, we grabbed hot drinks from Zippos Circus MegaDome as well as a snack, our tickets for the day’s festivities and goodie bags.

We then headed towards the Magical Ice Kingdom. As we walked in, a wave of cold engulfed us and we were all in awe of the beauty of ‘The Secret Forest’ ice sculptures. It felt like we had just stepped into Narnia.

There were ice sculptures as far as the eye could see: see-through squirrels, fierce bears, mythical creatures, dainty fairies and even an ice slide. 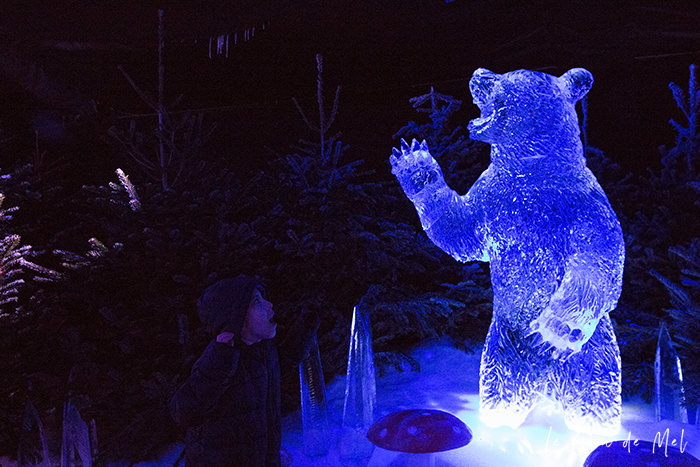 I love this one: 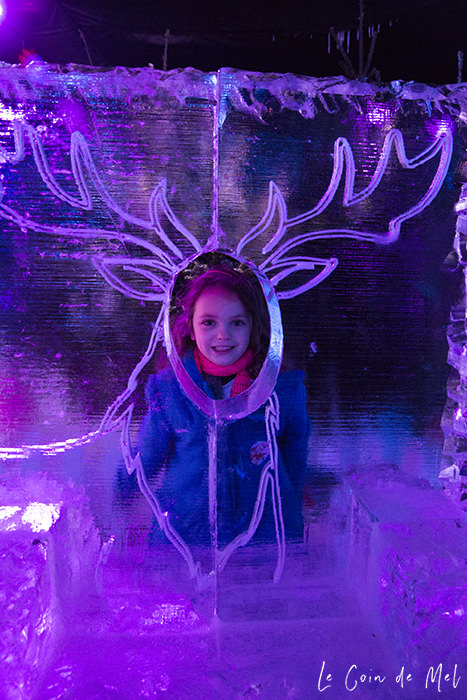 The children were desperate to see if we could join one of the Ice Sculpting Workshops afterwards to create their very own masterpiece, but we had our next experience starting shortly after, so we didn’t have time to enquire.

The Snowman Experience was unlike anything we’d ever done before. I expected a showing of The Snowman in a traditional pop up cinema, but it was a whole immersive experience rather than a mere showing of a popular film. 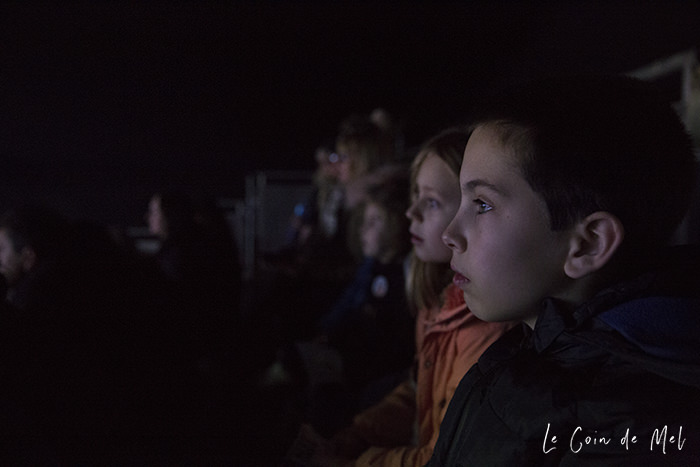 As we walked into the cinema, we were met with a warm, cosy living room with an 80s TV, a cute kitten asleep by a fireplace, bookshelves and an armchair. As the film was showing, children would go and make themselves comfortable on the set and it was lovely and unusual. 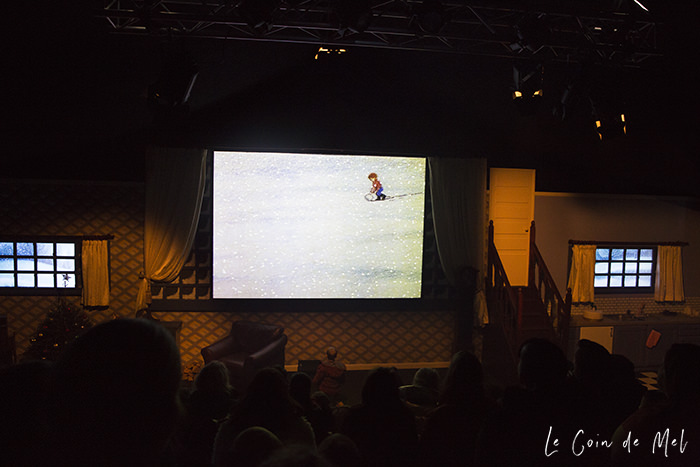 About half-way through the showing, I was surprised when we were asked to move to another area. We then had to go into a forest where we would stand and watch the next part of the film on a curved screen. 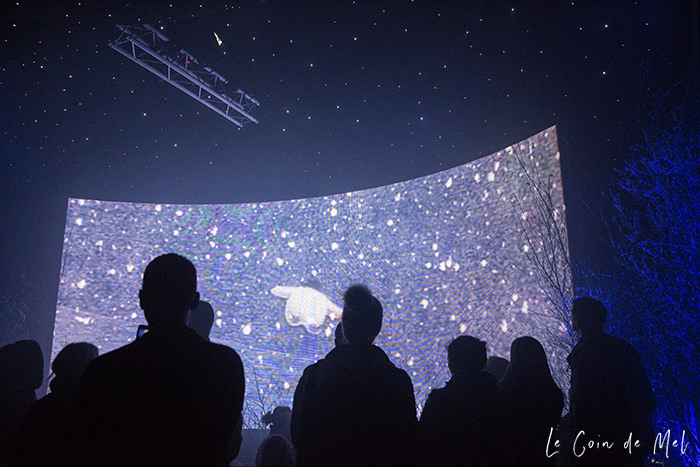 Last but not least, we were shown to a third cinema room with two screens back-to-back in the centre and a large decorated table underneath. The Snowman himself made an appearance. We absolutely loved this multi-sensory adventure!

We treated ourselves to German sausages and chips for lunch in The Bavarian Village and had a good chat about what everyone wanted to do next. ‘Rides’ seemed to be on all the children’s minds. 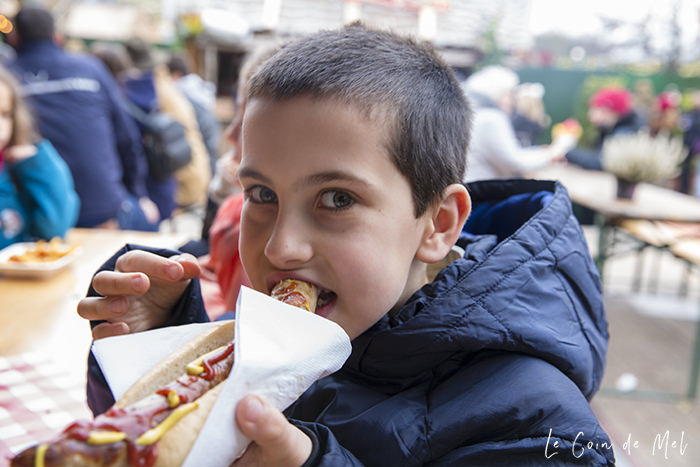 We also wandered around the market stalls and looked at all the pretty (and yummy) things on offer. 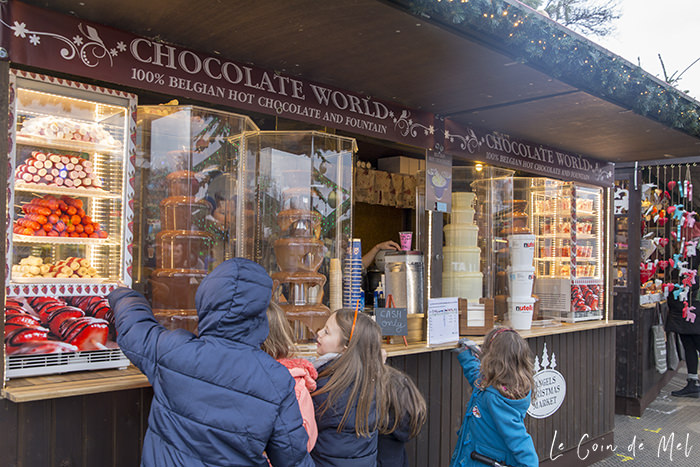 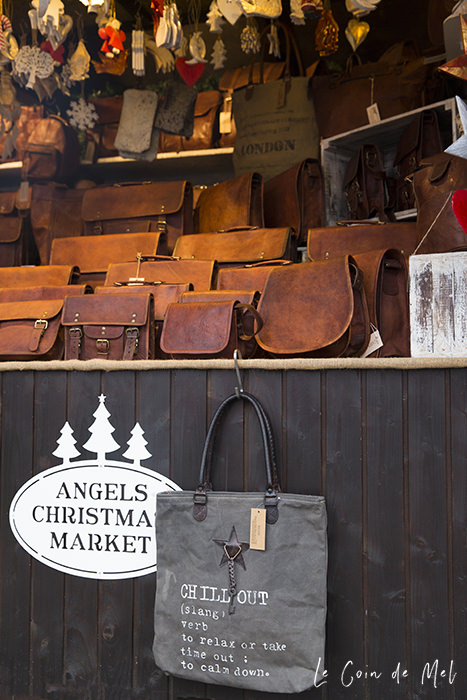 The roller coasters looked absolutely terrifying and crowds kept gathering when The Hangover was about to drop. Adrenaline rushed through my body every time I saw the drop. I definitely wouldn’t go on there myself but Jumpy was squealing with delight. This one is a budding thrill seeker! 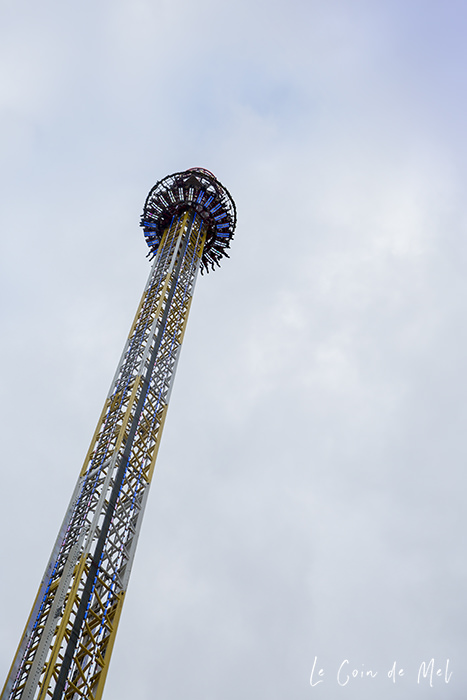 The one thing I was tempted to go on was the new Virtual Reality ride, Dr Archibald, which looked really different from all the other rides, but in the end, the children chose exactly what they wanted to do. 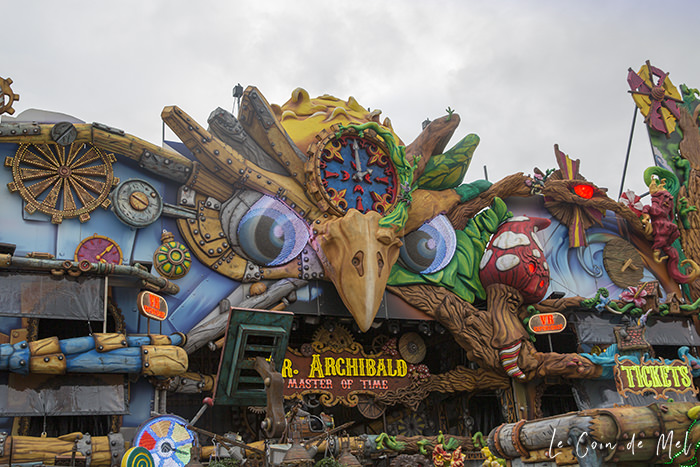 Anne and I let her partner Styn take the children on the rides. He had as much fun as they did! They all went to the Alpen Hotel Fun House and stayed in there for ages! They loved it because you could pretty much stay as long as you wanted, and they did make the most of it! Next was the Haunted House for a couple of the children and the big Carousel for the others. 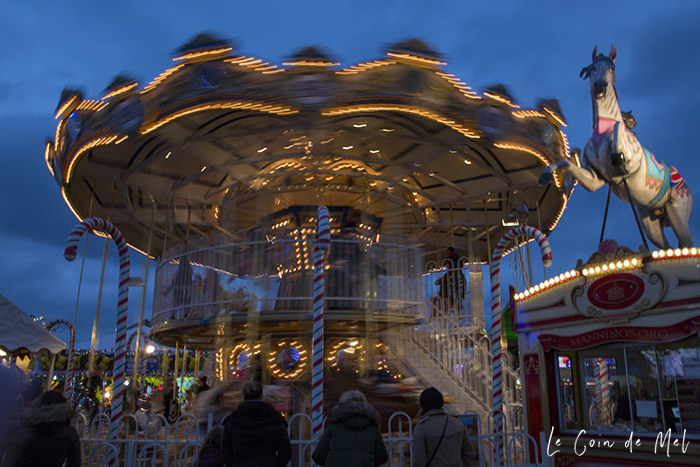 Last but not least, Styn took our two our our mini thrill-seekers on Wilde Maus XXL, a roller Coaster children over 115cm could go on, and according to Jumpy, it was the best thing ever! 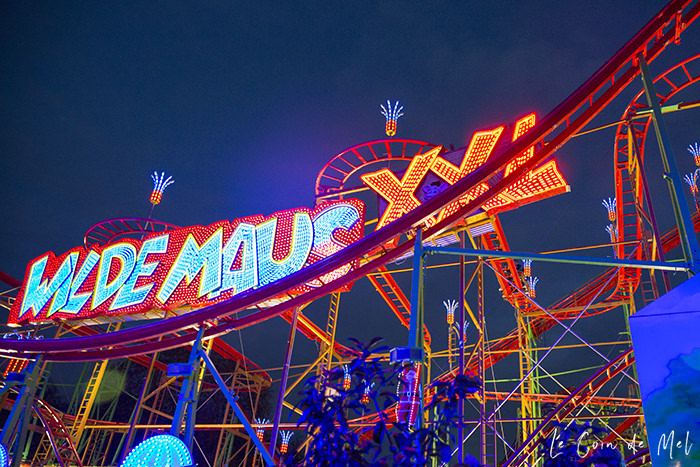 We left Hyde Park Winter Wonderland at 5 p.m., completely exhausted and ready for bed! Had we had more time there, I would have loved to go ice skating with the children as it’s something we’ve never done as a family. I think we would all have enjoyed Peter Pan on Ice as well as Zippo’s Christmas Circus. I’d also love to take them all on the Big Wheel. I was curious about the 45-metre Ice Slide but we were so busy all day we forgot to look for it. 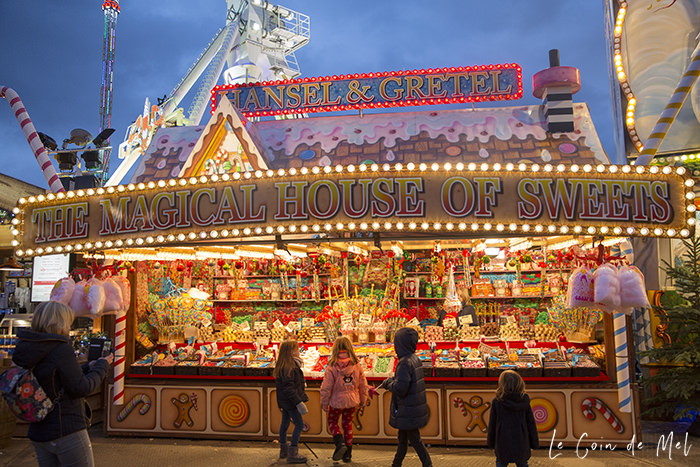 Hyde Park Winter Wonderland is open between 10 a.m. and 10 p.m. every day until the 6th of January 2019 (closed on Christmas day) and entry is free. For individual attraction ticket prices and information, please visit the official website here. I think it’s a good idea to plan your day in advance as  you’ll have to book some of the attractions, and the rides can get really expensive for a family.

One thing I think was missing from Hyde Park Winter Wonderland was a system to locate lost children. Towards 3 p.m., it got incredibly busy there and I was holding on to the children really tight, and was worried we might lose one in the crowd. It would be helpful if there were information points all around with members of the security team patrolling and easily recognisable. Another thing I’ve found useful in the past has been to put a wristband with my number on all my children’s wrists.

Disclosure: We were invited to Hyde Park Winter Wonderland to experience some of their family-friendly activities free of charge but I wasn’t compensated in any other way for this blog post. All photos and opinions are my own.