Home » Uncategorized » Kids' Corner » Fun with the Little Ones » ‘Inside Out’ Review: Emotions, Imaginary Friends Humour, Tears & Growing Up

Do you ever wonder what might be going on inside people’s heads?

‘Inside Out’ starts with Joy, all on her own inside baby Riley’s head. A mere 33 seconds later, she is joined by Sadness, then Fear, Disgust and Anger. From Headquarters, the emotions look after Riley’s memories and their job is to keep her happy.

Fast-forward 11 years and everything is perfect. Riley’s memories are mostly happy, until the family leaves Missouri to relocate to San Francisco. Joy is trying her very best to make sure every day is a happy one for Riley. With a dead mouse as a welcome party in a disappointing new house, a moving van with all their possessions that never seems to arrive, dad stressed with work and broccoli pizza, there is no denying Riley is struggling.

Her emotions are all over the place and her goofy, friendly personality is suffering. Riley’s first day in her new school is a turning point in the girl’s life. A series of unfortunate events see Joy and Sadness stuck together in Riley’s long term memory bank.

As they try to find their way back to headquarters, they see faded memories disposed of and meet Riley’s imaginary friend Bing Bong, part elephant, part cat, part dolphin. They also get to venture into Riley’s dream world, her imagination and even her subconscious, where her darkest fears are kept. They ride her train of thought and witness her personality changes first-hand.

There is no denying that Pixar once again managed to capture the essence of childhood and that tricky time in a child’s life when they are no longer a ‘little one’ but not quite yet a teenager. Growing up and learning to handle your biggest emotions is tough, and ‘Inside Out’ certainly describes the process with brio! The theme is universal. We have all gone through first smiles, babble, tantrums, puberty. The impressive attention to detail, alongside beautiful graphics, is the cherry on the cake.

The Guardian called the latest Pixar creation “high-IQ entertainment,”
“terrifically funny and smart.” The Evening Standard described it as “tearfully touching, wonderfully inventive, gloriously funny.” The Radio Times went further and declared that “Inside Out should be compulsory viewing for children – and adults.” I could not agree more.

As a parent, the film made me think a lot. Do I always pay attention to my children’s emotions or am I stifling them? It has also made me realise I have not had one-to-one time with each of my children for a very long time. It is time to plan ‘Mummy Days’ I think.

I am currently trying to help Jumpy (2 years 9 months) make sense of her feelings. She screams to get what she wants or needs rather than asking us for it. As soon as she gets the desired water, trip to the loo, banana or scooter ride, she turns into the sweetest little princess you have ever seen. Getting her to understand that it would be quicker (and kinder to our poor neighbours) to tell us what she needs is taking time (and patience).

When she was 3, Beanie’s pre-school focused on emotions, photographing all the children making a happy face, pretending to be sad or angry. Even in Year 2, there was a chart of emotions Crevette and his classmates were choosing from each day as they were coming in.

As a language teacher, one of my first lessons for complete beginners is all about asking people how they are and answering in French, giving reasons for feeling happy, just fine, sad or angry.
I do believe we should talk about our emotions, and I would not be surprised if the film was shown in schools around the country in years to come to tackle the sensitive topics that are ‘emotions’ and ‘growing up’.

Today really was a great day. For a start, the weather was 200% better than yesterday and instead of wellies and an ugly waterproof coat, I was wearing sandals and a dress. The children and I were also very excited to attend the screening of ‘Inside Out’ in Leicester Square.

When we got there, I bumped into Alison and Sarah, and we had a quick chat before going back to our respective children. 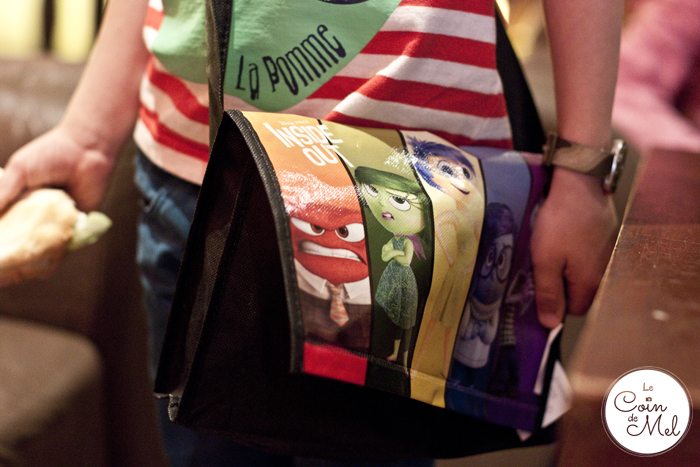 As for me, I had a feast. It would have been rude not to try as many SUBWAY® sandwiches as I could!

As they were having their lunch, the children spotted a balloon artist, to their utter delight.

Then we made our way to Alys, a wonderful artist, who drew pictures of the main characters on the children’s hands. 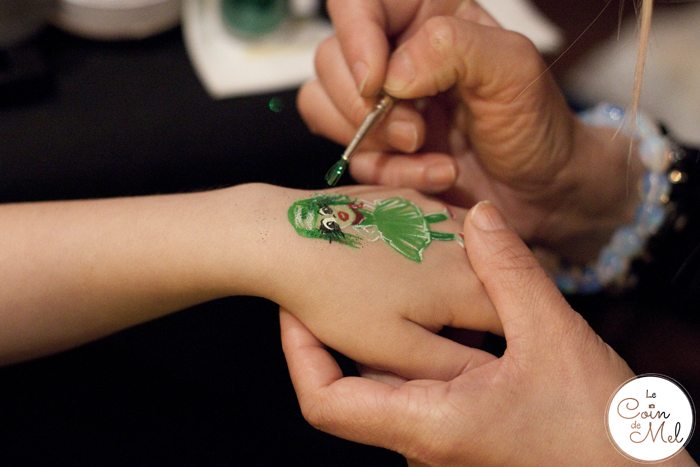 I could not believe it when Alys told me it was the first time she had drawn those characters. It was fascinating to talk to her about what she does. She works as a body painting artist, doing henna, makeup for the theatre and body painting. 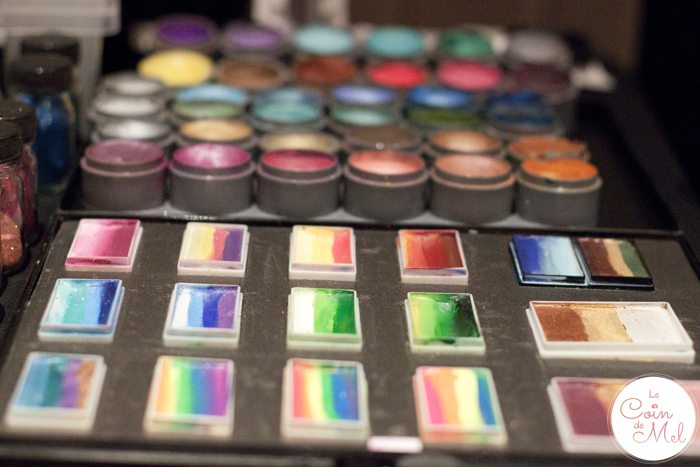 I was in awe at her ability to turn a monochrome blob of paint into a colourful character with an impressive amount of detail. 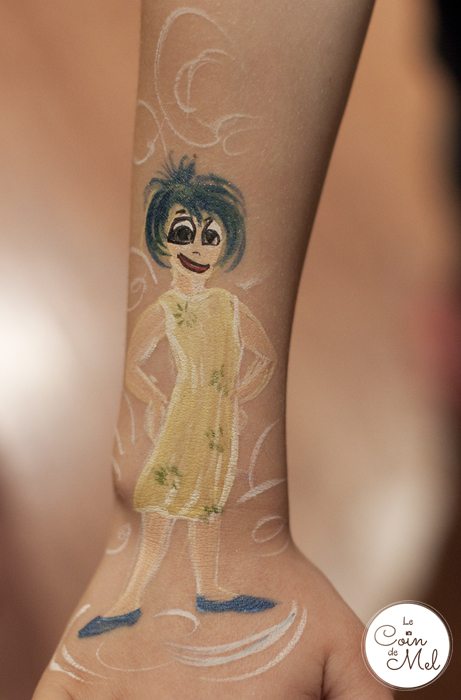 Beanie chose to break the mould and go for a rainbow. 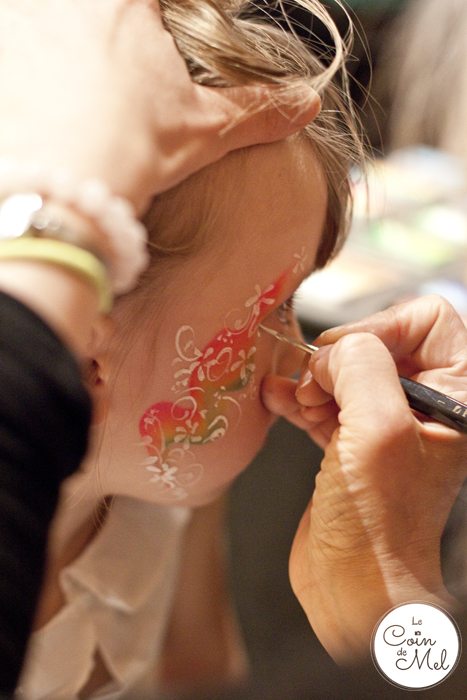 I wonder who had more fun; the children or the adults? 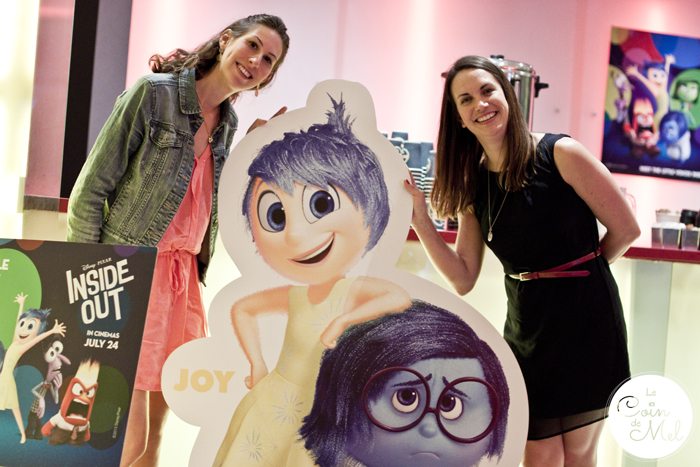 5 Signs Your Toddler is …

A new Bedroom for …