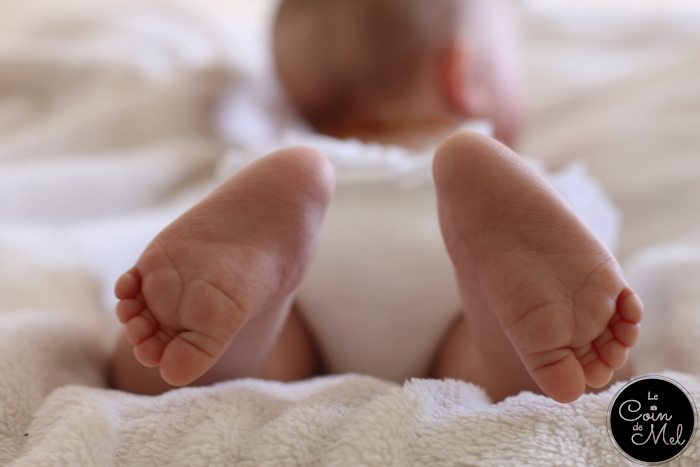 Jumpy had the most perfect, soft, peach-like skin as a baby (scalp aside). Well, until I started introducing solids, that is. From that day, the cradle cap she had had for months miraculously disappeared and the eczema kicked in. My very content, good little sleeper became an insomniac baby and the constant itching made her increasingly irritable. On good days, she would have red patches on her face and body. On bad days, she would scratch herself to bleeding point.  At first, we just though she had a rash, and I tried everything I could get over the counter to make her feel better. It is just awful when months down the line, despite the fact you are doing everything you have been advised to; you see no improvement and your baby scratches until she bleeds.

Going out shopping or to playgroups distracted Jumpy and made her happier than staying at home, but when we were out and about, some people openly glared at us, keeping their distance, as if we had a highly infectious disease. Others looked at me like I was a very bad mother. People stopped me when I was shopping or just taking the children out for fresh air, asking what was wrong with my baby, and advising me to try putting cream on those scabs. Oh really? I did not think of that myself! You just feel like hiding in a hole, crying because you feel like such a lousy mum, or shouting, “So far, I have tried TWENTY-THREE creams, ointments and soap substitutes. I put ointment on her face four times already today, and it is 9.30 a.m.!” Deep down, you know this is not your fault, but you cannot help feeling like it is, and I have to say that Fay Weldon’s words are a fit description for what Jumpy’s eczema makes me feel like: “Guilt to motherhood is like grapes to wine.”

Then one day, a friendly lady came over to see us at playgroup, and she did not stare at Jumpy, she did not ask any questions… she just said, matter-of-factly, “My son had eczema too when he was a baby. It was worse than this. You are not alone, and it WILL get better. Eventually, she will grow out of it, or they will find the treatment that works for her.” I wanted to hug her… I just said thanks. She was right.

It took four months to finally find something that cleared her skin and relieved her. In that time, we were rather proactive and she was seen by eight general practitioners in England and France, more pharmacists than I could recall, an Accident and Emergency paediatrician, two A&E paediatric nurses, a dermatologist, a dermatology paediatric nurse, a nurse who took her bloods, a dietician, a paediatrician who deals with allergies and even a healer (my friend’s mum who felt bad for us asked me for a picture of Jumpy in the hope that a healer she knew could help. By that time, I was open to anything that might make a difference)… and of course, I will not mention the dozens of nuggets of advice from self-proclaimed eczema specialists or well-meaning friends and family.

We were very lucky on many levels. My family doctor in France, who is also a friend, is always happy to listen to my silly questions and give me advice. I actually emailed him some pictures of Jumpy’s rash to have his opinion when Jumpy became really uncomfortable. Our GP here is a great, caring professional who managed to get us seen by the dermatology department in hospital in the space of three hours when it became unbearable for Jumpy (the referral that was under way gave her an appointment six weeks after that!). That day, she was diagnosed with atopic eczema, and given the first ointment and steroid cream that started making a difference. The dermatology nurse we saw that day was incredibly caring and patient. She spent an hour with us to demonstrate how to apply ointments and creams on Jumpy’s sore little body and face. She also took time to answer all my questions, gave me advice on support groups and products I could try. If that is not the NHS at its best, I do not know what is…

I took a membership to the National Eczema Society that evening, and their magazines have helped me understand what triggers eczema flare-ups, what to do to relieve my baby, what the latest research is, and above all, I found out that there are thousands of people out there experiencing the same thing as we are.

Do not get me wrong, Jumpy’s skin does not look perfect; the eczema has not vanished completely to never return. It is there, it is dormant in her and it does flare up regularly, but having the right clothing, techniques, soap substitutes, ointments, emollients, and steroid creams make a huge difference, get it all under control fairly quickly, and she now rarely gets distressed because of her eczema.

Oh by the way, just in case you were wondering why I chose to put a picture of my baby’s feet on a post about eczema, here is my explanation. I did debate (with myself) whether or not to post close-ups of patches of skin plagued by eczema, but decided it was not necessary. If you want to see gruesome images of what eczema looks like at its worst, I am sure your search engine will oblige you. Yes, I do have tons of photos of my baby’s angry skin, and no, I do not fancy posting them online. When the bad skin (we did not know what it was for the first few months) got quite bad, I started writing down everything she was eating and I was also keeping a photo diary of her skin. It did not look good, and I became a tad obsessive with the pictures, taking several each day and comparing them to see at what time of that day it had got worse or seemed to calm down. You try to stop yourself, but all you can think is that. All you want to do as a mum is look after your children, see them happy and healthy, and when you see them being fractious and in pain, you just wish you were the one with the scabby skin…

This post can also be found on the National Eczema Society’s website by clicking here and a similar version features on Allergy UK’s blog. I have also written about her allergies here.