The world has changed so much since I was at school. My secondary school was in my village and if I remember well, there were about 300 pupils in the whole school. The school was about a mile away from home, and I would walk with friends or get a lift from one of the neighbours. Mobile phones didn’t even exist at the time, other than huge brick ones the odd rich businessman would walk around with (does it make me sound old?). We had a phone box at school that could be used for emergencies. I only ever used it once (to call a friend). Everyone has a phone now, even children. Keeping kids safe online is a big priority for parents, me included.

I didn’t have a mobile phone until I was 19 years old. I didn’t need one. Things are really different now. My 3-year-old can navigate my tablet. She can open Netflix, choose a programme and select the episode she wants. She can turn the sound up or down and if she gets bored, she knows how to leave and move on o to another app. Children are tech savvy from a very early age these days. It’s fascinating and terrifying all at once. 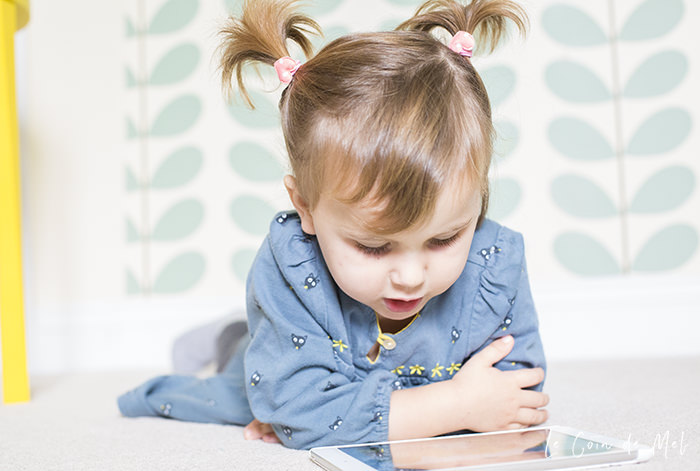 Crevette (9 years old) is already begging for a phone (all the cringe). Although it’s not something I’m considering now, he goes to secondary school, I am pretty sure I’ll get him a phone. If he has to travel a few miles on the bus and school is a few miles away, I want to make sure he can get in touch with me. 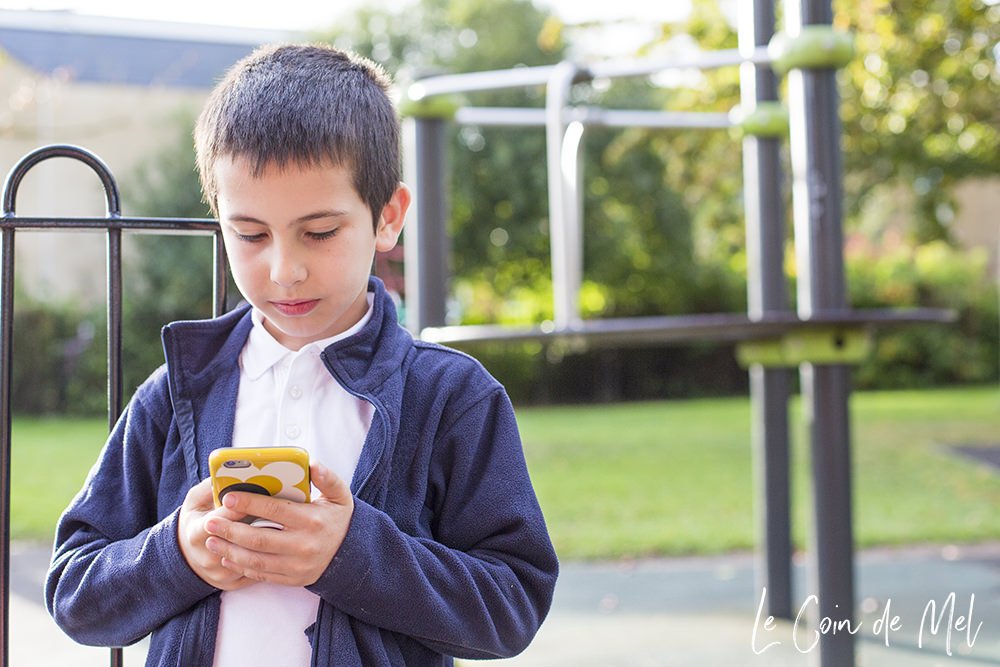 There are downsides though. When I was a secondary school teacher, I would stick strictly to the ‘no mobile phone’ policy. There were several reasons for that, and the most important one in my eyes was the child’s own safety. Expensive handsets attract attention, and they could get stolen.

Grooming via social media, cyberbullying and stumbling upon inappropriate content are also scary thoughts. Teenagers could also be hurt if they’re walking around chatting on their phones or listening to music instead of paying attention to what’s going on on the road they’re crossing. The more I think about it, the more scenarios come to my head… Don’t you wish you could guard your children against every form of danger?

Another issue I have with mobile phones at secondary school is they are a distraction. Most students are reasonable and really keep theirs well hidden and off during class, but once in a while, you get a phone vibrating or disrupting a lesson. That’s completely out of order.

I also believe no valuables that could be stolen or broken should be brought into schools. Most 12-year-olds are not particularly careful with their belongings and I would go for an inexpensive handset, or an old phone of mine. Peer pressure is an issue though. What if everyone has the latest iPhone? Fitting in when you’re a teenager is tough…

Pros of having a mobile phone at school:

Cons of having a mobile phone at school:

Keeping kids safe online: is that even possible?

I have tried several online security apps, but I have never really been fully happy with any of them until recently. I am currently using Kaspersky Security Cloud (the family package) on our mobile devices and it makes me feel so much more relaxed about them using my mobile or iPad (they don’t have their own tablets).

Within seconds of logging in, I managed to secure my connection. That’s not something I’d ever seen before. To simplify the whole VPN thing, it helps you secure the data you share so you leave a trace that’s as small as possible.  It basically means you privately connect through public WiFi (I like that VERY much) and you’re also a lot less visible to websites collecting data. It’s a lot more secure to do any form of financial transaction (think online banking, PayPal transfer, those cheeky eBay or Amazon purchases).

The one thing I love the most about the package I am currently using is ‘Kaspersky Safe Kids.’ It really does help parents protect children against potential digital dangers. It manages device and apps usage, lets you monitor your child’s communications. I can picture a few raised eyebrows here – my children know that nothing on a mobile device is 100% private and I have warned them I was monitoring everything. Eyebrows down, please. Eyebrows down. You can also manage your child on a map with the app. Honestly, do you even have any idea what your children are up to when they’re on their tablets or your phone?

As you’re setting up ‘Safe Kids,’ you can find advice on what to tell children about the app and the fact you’re monitoring their online activity. That’s absolutely brilliant, with age-appropriate advice. Some apps are hidden and the browser is replaced with a safe version.

To be completely honest, it’s a relief that I have another two years or so before I have to worry about handing Crevette his very own phone. Do your children have mobile phones? Do you feel they’re safe online?

Allegations were made against Kaspersky Lab a few days ago, claiming the cybersecurity company was tied with Russian hackers and Russian secret services to spy on its customers and access their private data. On Thursday, Eugene Kaspersky responded to the allegations in a video on Youtube. Kaspersky Lab also posted an article which examines the story in context.

Disclosure: This is a sponsored post. All photos and opinions are my own.