On Friday, Beanie was crowned queen of her nursery school. Let me explain. They ate some Galette des Rois (Kings’ Pie) during the morning session and she found a small figurine in her piece of cake, which made her queen for the day! Still confused? We have many quirky traditions in France, quite a few of which are based around food.

One of my favourite ones is the Galette des Rois. We share the puff pastry pie with family and friends in January to celebrate the Epiphany. Traditionally, the first Galette of the year is eaten on the first Sunday in January.

A small china figurine is hidden inside the frangipane filling. An adult cuts the warm pie into slices and the youngest member of the family chooses who gets each slice. Whoever gets the fève (figurine) becomes king or queen for the day and is expected to buy or make the next pie. They also choose their king or queen.

It is a tradition my children and I are all really fond of. They usually ask me when we are going to make “the cake with the statue in” from mid-November. Their enthusiasm is contagious! 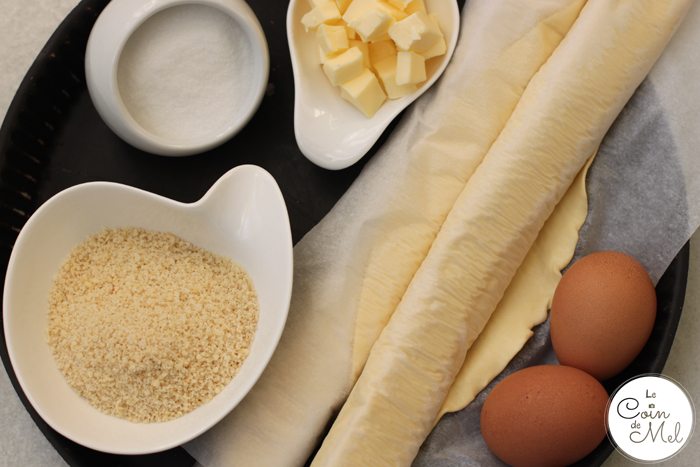 The little ones always start by making the paper crown. This year was no exception and Crevette really applied himself to make two nice crowns. 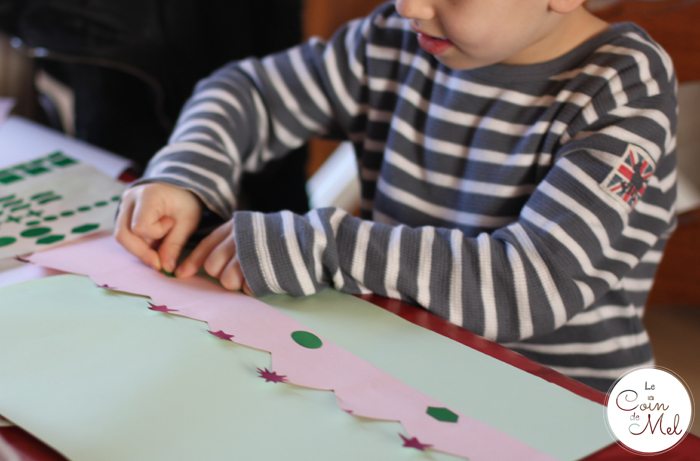 Frangipane is really easy to make. Beanie started by beating the softened butter. Crevette added the sugar and Beanie whisked until the mixture was pale and fluffy. 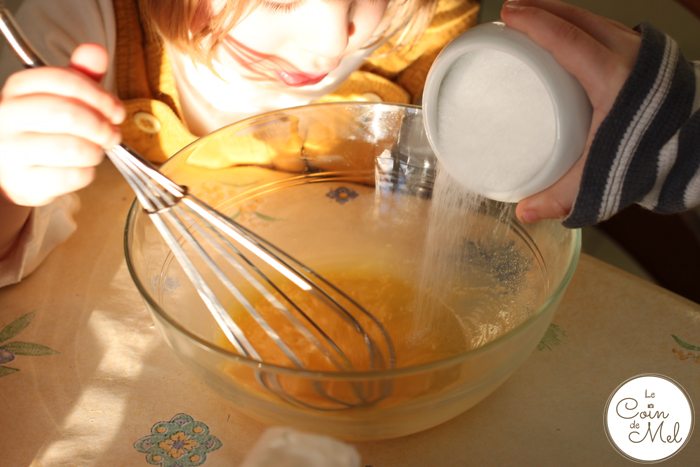 Crevette added the beaten egg and mixed before folding in the ground almonds. I spread half the pastry on a large flan dish and Crevette made small holes on its surface with a fork. 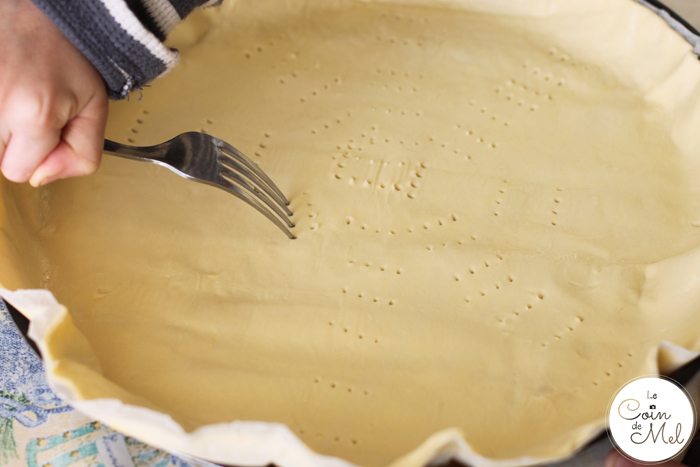 After spreading the frangipane evenly over the pastry, the children agreed on where to hide the figurine. I added another round of pastry on top and we sealed the pie before glazing and baking it.

Beanie got the figurine and chose her big brother as her king.