When I asked Wriggly what kind of party she wanted for her 3rd birthday, she just shouted, “Lion party!” I’m not sure where this came from, but I was happy to oblige and loosely base her birthday bash on lions. With hindsight, I think she probably got the ‘lion party’ bug because her sister had been practising songs from The Lion King every day after school for her end of year assembly.

A couple of weeks before her birthday, I started planning the lion party. When I asked her who to invite for her party, she immediately replied that she wanted Mummy, Daddy, her brother and her sisters there (phew!). She also decided she wanted Poppy there (her granddad), “Emily my best friend” (my friend Cé’s baby) and Aimee (another one of my closest friends). I thought that was really sweet and we decided to have a get-together with Wriggly’s chosen guests.

As I started cooking the night before, I realised I had planned to make quite a lot of food, so we invited a few other friends and their children at the last minute. I love a small gathering that turns into a proper party at the last minute!

The party itself was a very relaxed affair, just like I love our parties to be, with plenty of fun for the children and loads of food for everyone, adults included (don’t you hate a party where you don’t get fed a thing?). 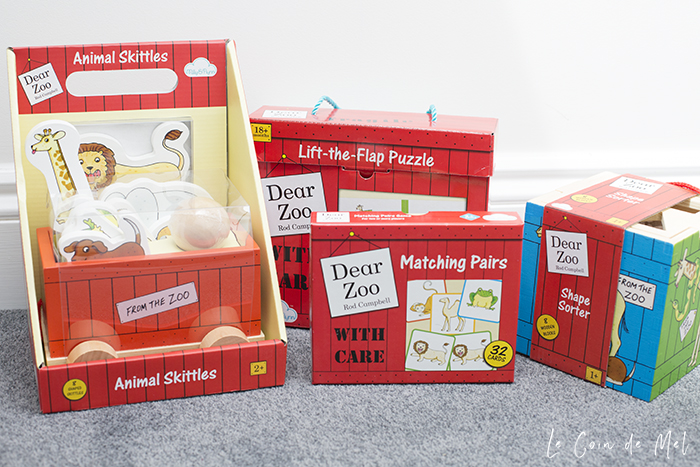 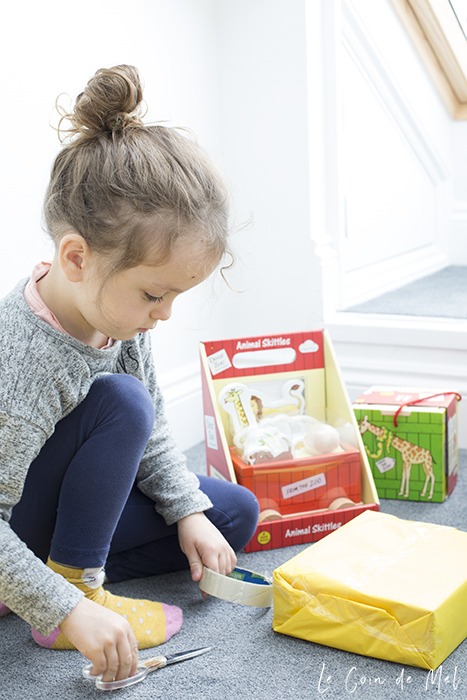 We kept the matching pairs game as the big prize for ‘Pass the Parcel,’ and alternated Punk’d cereal bars with packs of raisins. 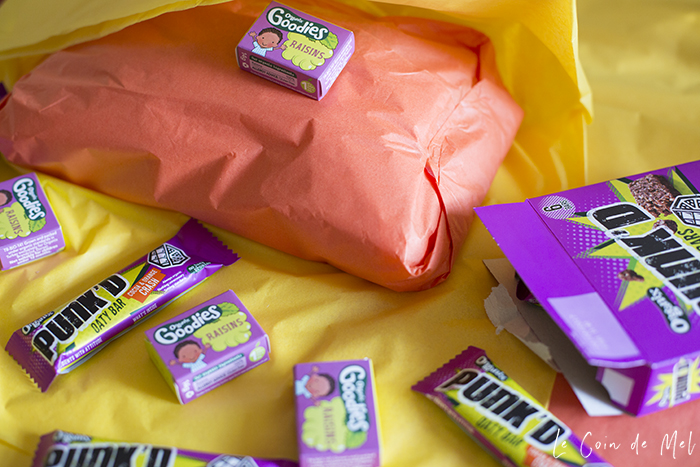 My lovely friend Aimee made this absolute beauty of a cake for Wriggly. She was determined to make it safe for Jumpy too, so she rose to the challenge of creating a cake that was free from eggs, wheat and nuts. It was scrummy! 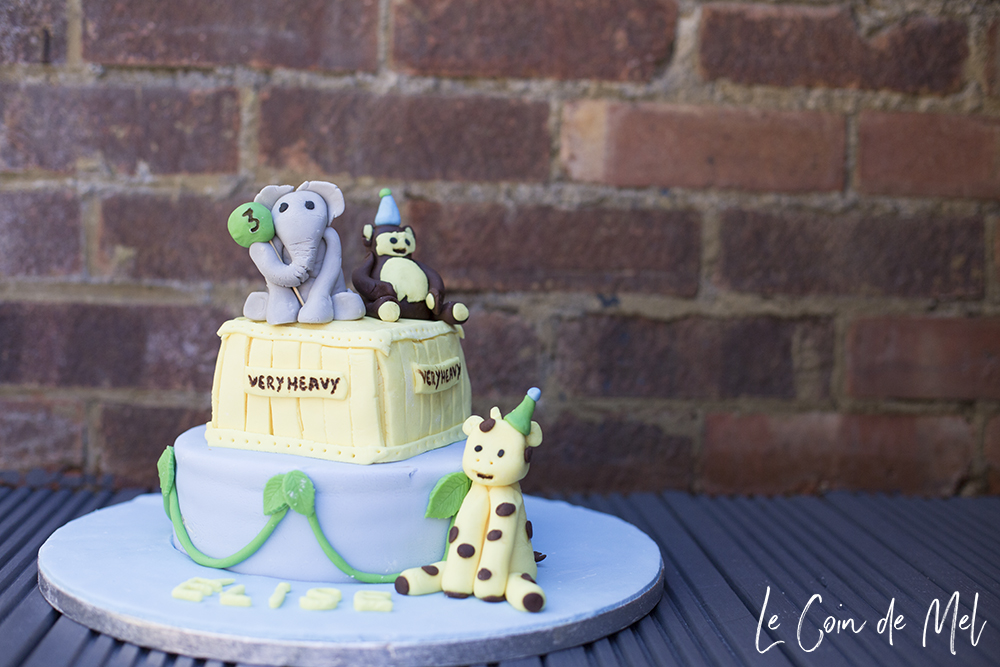 Look at the details and the precision in those little fondant animals. 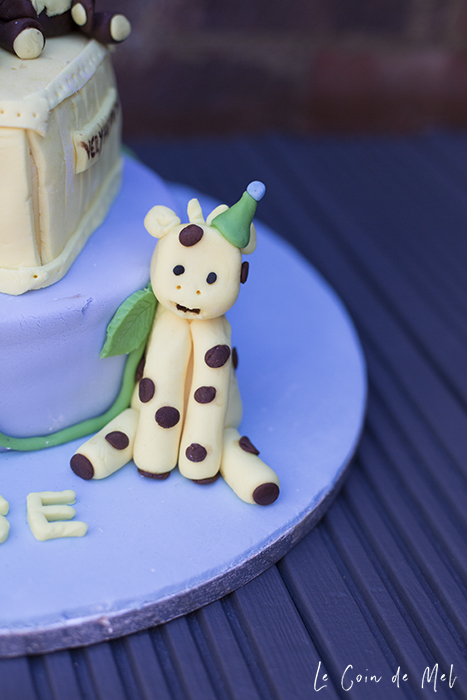 My four love a piñata, so when we have time, we try to make a paper mâché one for the parties we host. So far, we’ve made a Minion piñata and a Teapot piñata. This time, the challenge was to turn a paper mâché sphere into a lion, and I think I did a pretty good job (if I might say so myself). The children certainly had the time of their lives destroying it!

We really had a beautiful day for Jumpy’s party and it was hot, hot, hot! 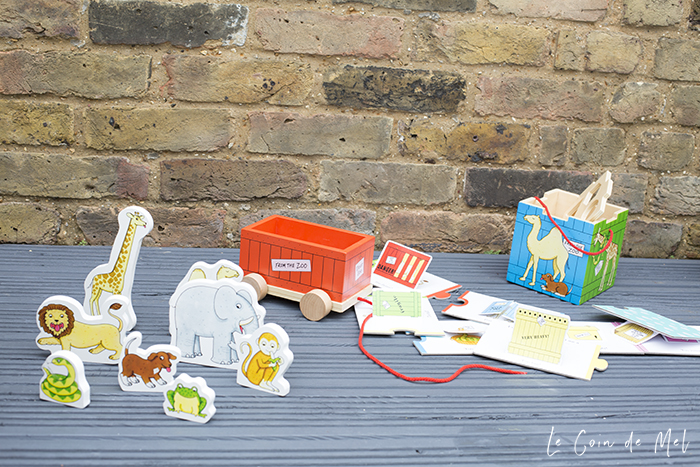 I’m really grateful to Milly & Flynn for sending us Jumpy’s beautiful birthday presents. My personal favourite is the shape sorter. 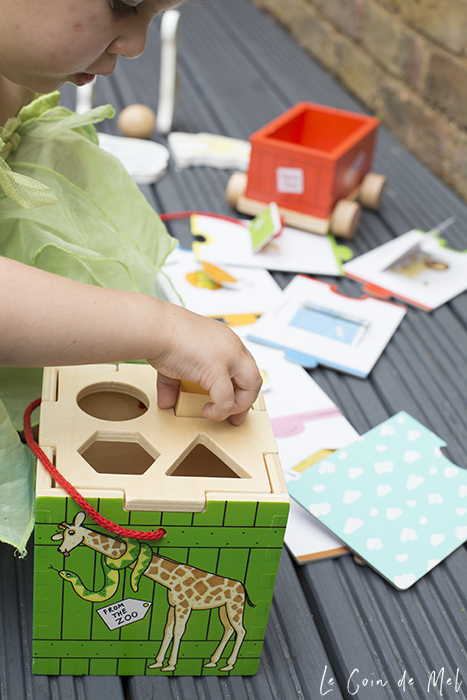 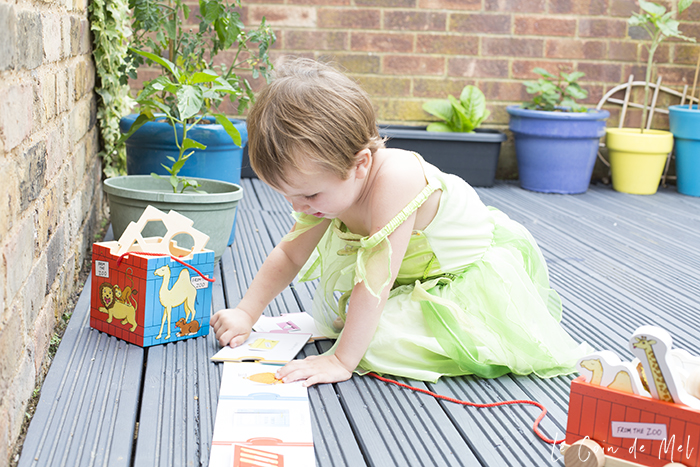 The ones the children tend play together the most are the skittles. My four also use them for role play. 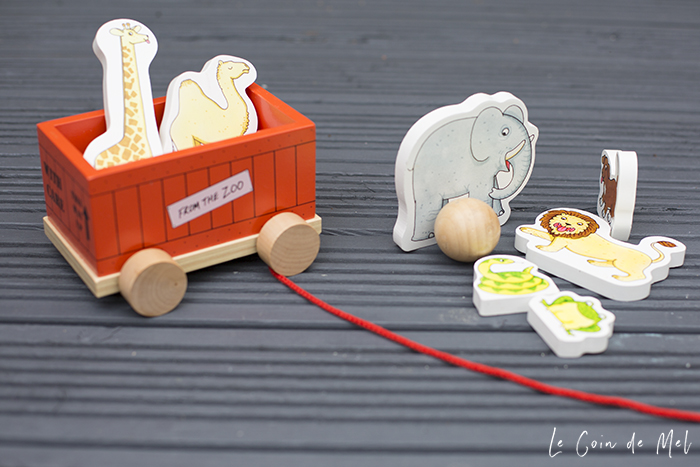 Disclosure: Milly & Flynn sent us all Dear Zoo toys for Jumpy’s birthday. All opinions and photos are my own.