Home » Ramblings » Me and… Running

I do not run. Ever. Well, I probably would if a bear or a lion started chasing me, but what are the chances?

The last time I ran… well, I am not too sure actually. Seriously. I can probably guess that the last time I ran was to catch a train, but again, that was probably a brisk walk. I just look ridiculous when I run.

Do you remember the opening credits of Baywatch, in which all those glamourous, tanned lifeguards run with style, muscles contracting, shiny blow dried hair flickering in the wind… definitely not me! Have you ever wondered where they were hiding the chubby ones, ugly ones, clumsy ones and spotty ones in Baywatch?

In France, you have to study (and take exams in) all subjects at A-Level. Physical Education was not my forte (serious understatement). We had to choose three sports: an individual sport, one in pairs (is that even what it is called?) and a team sport.

I chose running, badminton (I ended up last in my class), and for the team sport, drum roll… circus skills! I know! I had so much fun! Can you imagine all the people who avoid any form of exercise all together in one room? It was amazing! I was useless at juggling, did not even attempt going anywhere near the unicycle, but I loved the diabolo. I could practise for hours! My ‘team’ and I were really proud of our finale as ABBA was resonating in the sports hall: a choreography (pretty awful!) that ended with a human pyramid (not a very stable or gracious one). Enough said.

Sorry about the digression. Don’t you love memories that come back to the surface when you least expect them? I was quite good at running when I was younger (not that I ever chose to do it in my spare time). In my first year at secondary school, my PE teacher was shouting at us to run faster around the football pitch, cigarette in hand (truth!). If I remember well, I got an A* for running at A-Level. I have not run since.

When I took part in the Race for Life in 2008, I was eight months pregnant with Crevette, so that was a pretty good excuse not to run. I just found a photo of me as the race was about to start. As all participants were stretching, I was eating an ice lolly! I really enjoyed my 5K walk. If I were to do it again this year, I would definitely prepare for it, as I would probably attempt running. 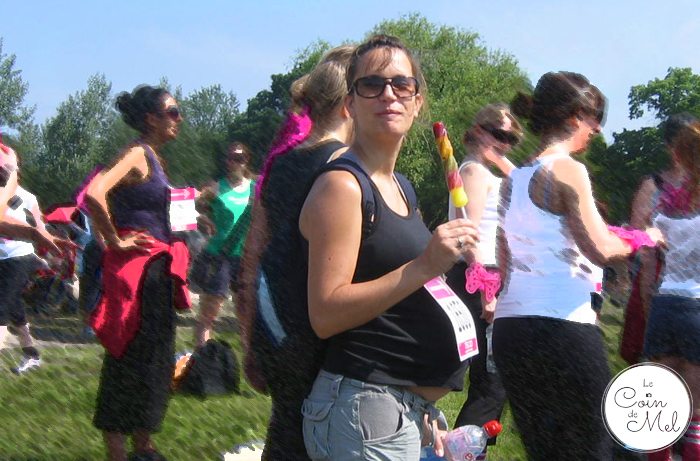 This week, a couple of things have made me want to run (OK, walk quickly).
The first one that has motivated me to start exercising more is a fab initiative that has just been launched in Hertfordshire. The children came back from school really excited last week, as they mentioned Beat the Street. I am always amazed by the number of creative ideas and improvements going on daily in my local area, but this is my favourite recent one! “Beat the Street Hertfordshire is designed to encourage and inspire communities to walk to school, to work and to the shops rather than by car. It will run from 3rd June until 15 July 2015.”

The children were given a ‘Beat the Street’ fob and card each. A lot of momentum was put on it at school and the children are desperate to earn points for tapping ‘Beat Boxes’. So am I. Their enthusiasm is catching! On Saturday, my four little ones and I walked around town for an hour and a half looking for ‘Beat Boxes’ and we were a tad disappointed to find three only. Yesterday, we were out for an hour and found three again. They came home with a map after school today: ideal! I am actually considering taking just Crevette and Beanie next time, on their bikes, and to run alongside them. How crazy is that? 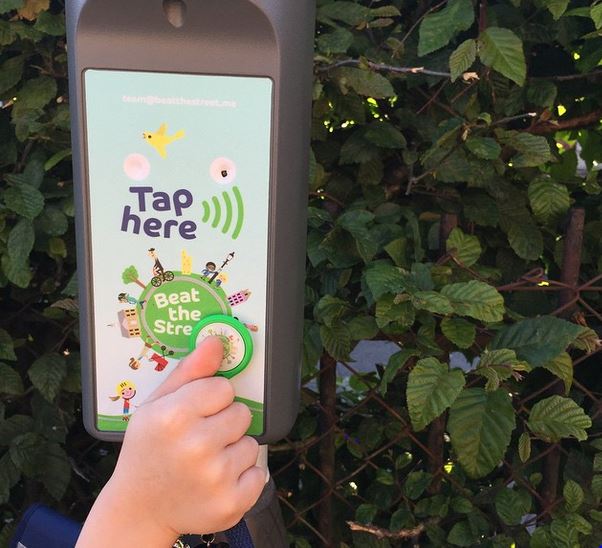 The second thing that is motivating me to start running is the fact I got a Fitbug Orb. I have wanted to try a Fitbug or that sort of activity and sleep monitor for ages. I hate exercising, but I feel quite fit and I am really active. I also walk everywhere. I just want the little machine to tell me I am doing fine. I hope it does not say, “Start spending 30 minutes a day doing abs and 2 hours running.” I would be devastated. I am also curious about the sleep monitor thing. I know I am not sleeping enough, so I am not sure what to expect, but I am hoping it will make me go to bed at a more reasonable time.