When Munchkin contacted me and asked me to try their LATCH bottle, I was not too hopeful. After all, I had tried every single bottle available on the market so if there was a bottle which would turn my little breastfeeding addict into a milk bottle drinker, surely I would have found it by then…

How wrong was I? The first time Wriggly tried her LATCH bottle, she drank 90 ml of formula! Until then, she had had maybe 30 ml at most, spitting back the majority of it! 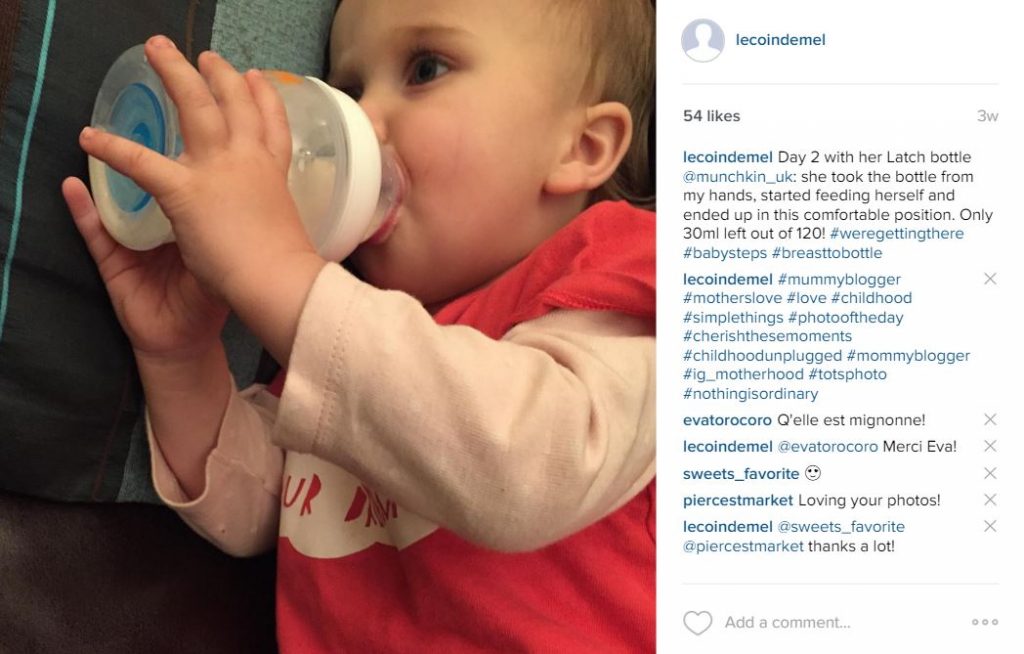 I will not lie and say it was plain sailing, with a bottle-refusing baby turning teat-addict overnight. Far from that, my friends, but you know what? After a few days persevering and offering a bottle every evening, she started enjoying it and drinking most of it. 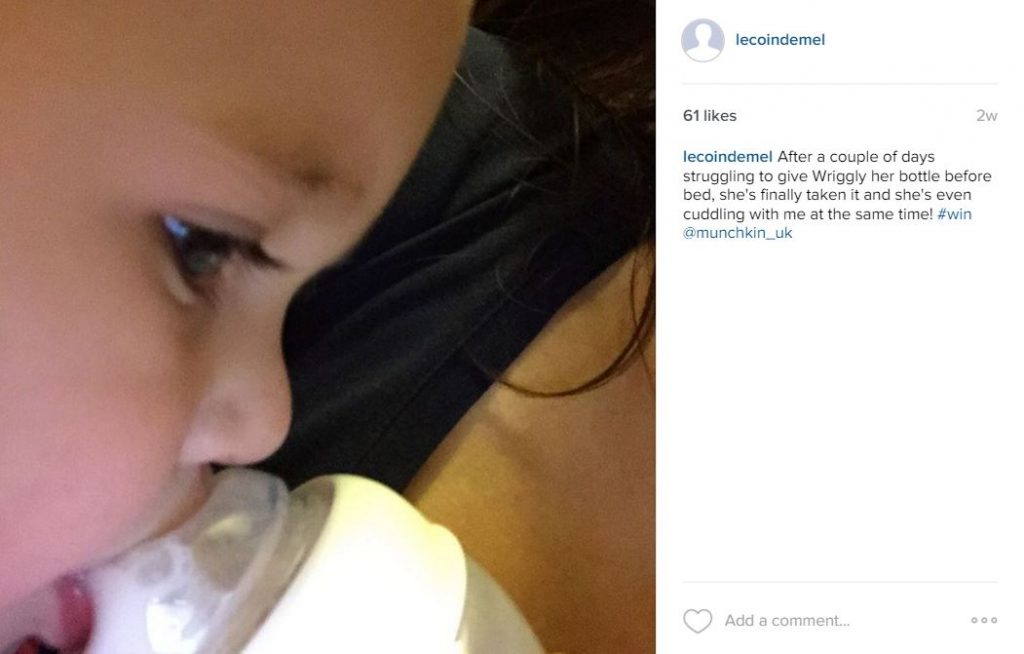 To start with, she needed lots of Mummy cuddles and closeness to drink her bottle, but she now drinks it on her own, walking around the living room or lying down with her siblings. Result! 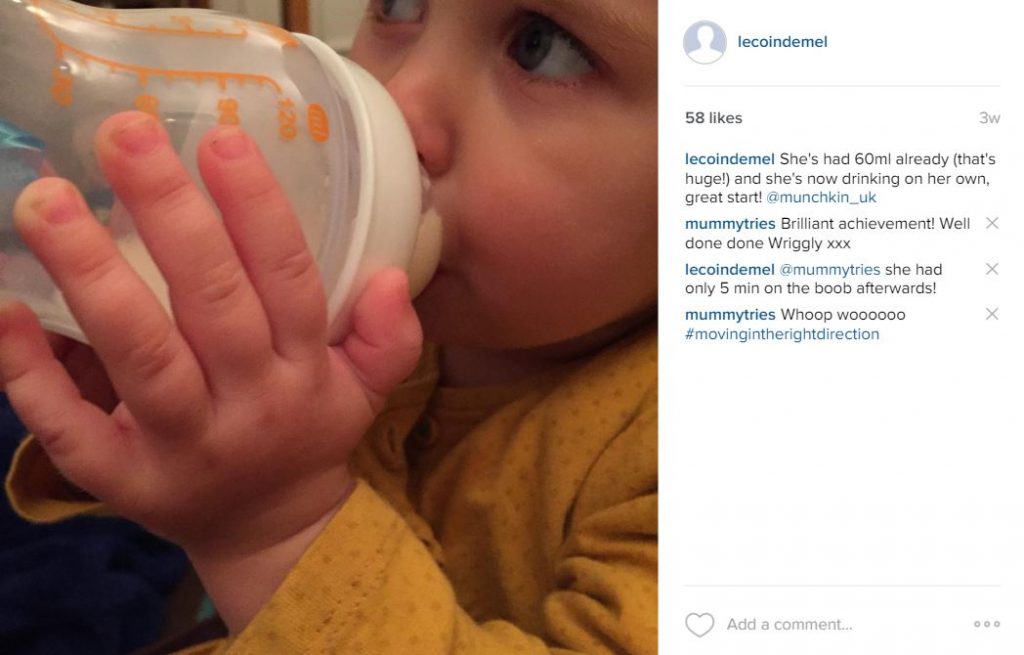 Munchkin have not created yet another bottle design. What they did was reinvent the bottle to mimic breastfeeding, and avoid the dreaded ‘teat to nipple’ or ‘nipple to teat’ confusion. LATCH has an accordion teat that moves and also works pretty much like the breast. So baby actually has to latch (hence the name!) on the bottle, just like they would when they are breastfeeding. If you want my opinion, that is a revolutionary design. The bottle also has a valve that avoids air bubbles in the milk and thus reduces the risk of colic.

Check my little lady. It looks like she is breastfeeding but she is having a bottle!

If you want proof, have a look at how the bottle stretches:

Were you breastfed or bottle fed?

Previous Post: « Introducing Charlotte and her Summer Berry & Custard Tarts #FeatureMyFoodFridays
Next Post: None of that Rubbish in 2016! »