Home » Reviews & Giveaways » My Little Girl is no Houdini after all! (& a Giveaway)

Jumpy is the queen of car seat harness removal, if there is such a title. My little Houdini makes car journeys incredibly stressful with this trick, as you can imagine. No matter how tight we get them, she can always defeat the straps and get her upper body free.

A few months ago, I spotted a contraption on a little girl’s pushchair. It looked like something I had been desperate to find for ages as it was connecting the two straps together and holding them firmly in position. I approached the mum and asked her where she had got it. She smiled knowingly, and we started chatting. She was really proud of that little find, and removed it from her daughter’s pushchair so I could have a better look. It was called the Houdini Stop! Just hearing the small device’s name intrigued me right away. I wanted one!

I did find it on Amazon, but before I bought it, I thought I would look a bit more into it. When I read Bianca’s ‘about page’, I felt like I was reading our story. The only difference was that it had happened on the other side of the world, in New Zealand. I was immediately won over by this determined mum turned inventor to make her children safer. Bianca’s words sum up her vision beautifully: “Your child’s safety is treated the same as my child’s safety.”

Bianca did not stop there. She invented a range of ingenuous items, and sent me the much-desired Houdini Stop, as well as a pack of six Houdini Locks, the Houdini Door and The Houdini Cosy. I received Bianca’s products at the opportune moment, just before we headed to France.

The product I was eager to try the most was the Houdini Stop. My little one compromising her safety every single time we get in the car makes driving a real torture. I took it off the packet within three minutes of receiving the parcel, and tried it immediately. It really took the edge during our long journey to France for Christmas and had a huge impact on my stress levels. It does exactly what it says on the tin! It is a simple yet effective anti-escape system and my little girl is now safe in her car seat thanks to Bianca’s brilliant invention. 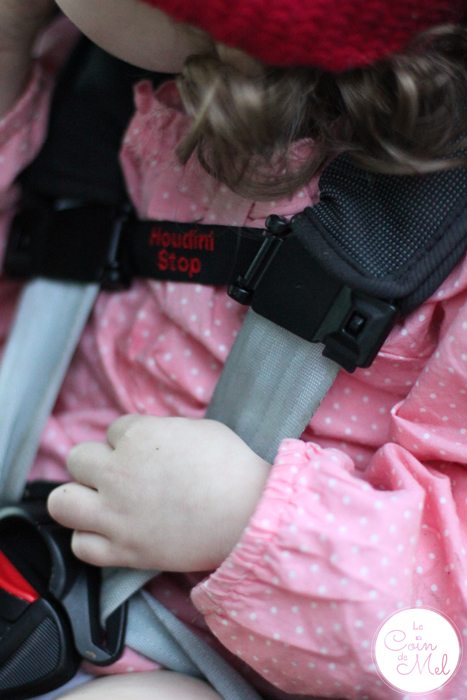 “My second product the Houdini Locks came to being because my first child used to remove her nappies when she was supposed to be sleeping. I walked into a few nasty surprises. I was also becoming frustrated at the many nappies that I had to simply throw out because the sticky tabs had lost their stick or had broken off. Once I had produced the product, I found it had many other uses too.” Bianca’s story sounded so familiar it made me smile.

Jumpy is such a little terror. She takes off her nappy in bed and leaves little (or big) presents for us. She can even wriggle under her duvet and take off her nappy (yes, both at the same time!). The morning I received Bianca’s fab inventions, I was fuming as Jumpy had once again removed her nappy and was sleeping peacefully, commando, with a wet duvet and pillow beside her.

Before receiving the handy clips, I had tried everything over her nappy to keep it on: vest with poppers, tights, pyjama bottoms, pants, onesie. The little monkey can wriggle out of any garment she has on and remove her nappy. She just loves being bare-bottomed in bed! Cute, but no thanks!

The first time I got the little clips on top of her nappy, Jumpy gave me a puzzled look. When I went upstairs to give the children a kiss before I went to bed that night, she had taken off her pyjama bottoms. The poppers of her vest were undone, but surprise, surprise, the nappy was still on. She had been defeated by the Houdini stops! I would not have to change her bedding and pyjamas that night, waking her in the process! I kissed her soft little head and covered her bare legs. Those clips are worth their weight in gold. I only had to use them for a couple of days. 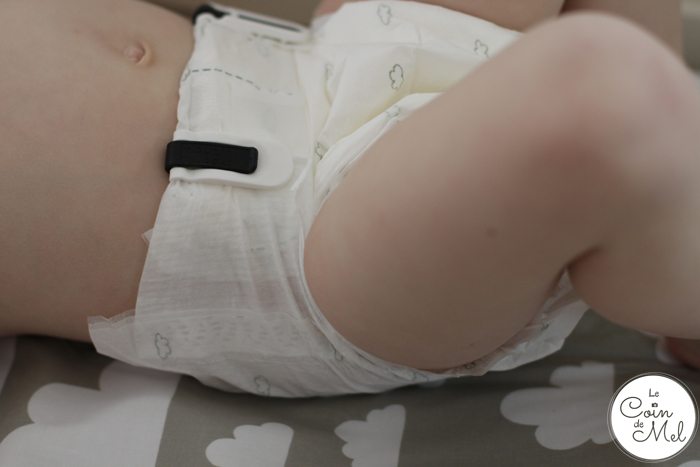 As soon as we arrived in France for the Christmas holidays, she started doing it again. I was glad I had packed the little clips. Before we left, I could not put my hands on the little clips, but luckily they come in a pack of 6? so I took the four I had left. She did not like having them on and using them for a few days was enough to break the cycle. She did not get undressed or attempt taking her nappy off again either.

I have since then found many uses for the clips and I keep a couple in my handbag, which also doubles up as a changing bag, snack bag, first aid kit (you get the gist). 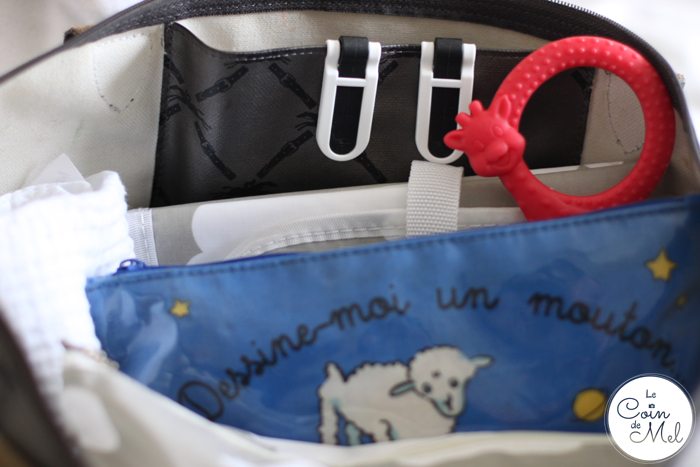 I use them to turn any muslin square, tea towel or tissue into a bib for Wriggly.

I also use two to secure Jumpy’s duvet inside the duvet cover. More recently, I have used it to attach a blanket to the hood of the pushchair to shelter Wriggly from the wind. If your little one uses a dummy, you could attach a ribbon to it and secure it to clothes or your bag with a Houdini Lock.

More recently, as I kept finding Wriggly cold and uncovered in the morning, I started using the Houdini Cosy in her bed. It is fully adjustable and the clips grip blankets on either side of the mattress. 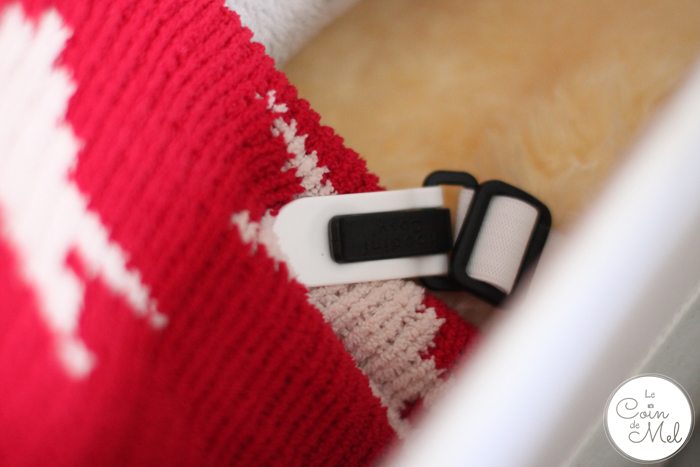 I now have a happier, warmer baby. 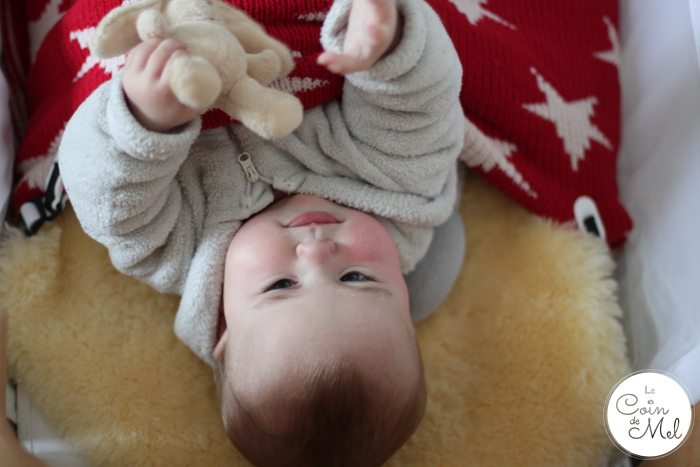 I have not yet used the Houdini Door, which keeps children in or out of rooms.

You could win these four products: 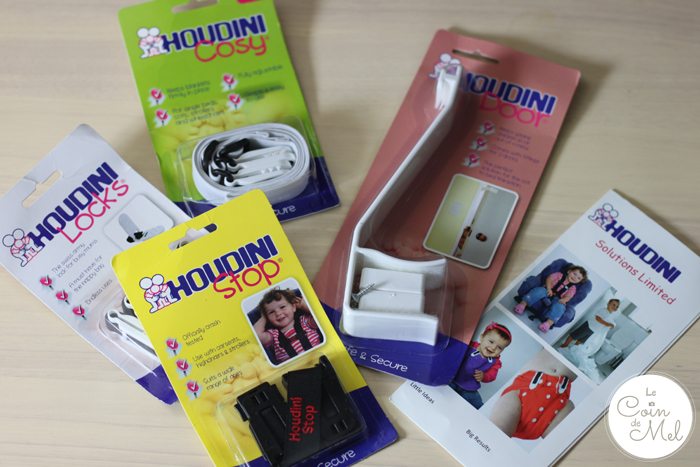 Just follow the instructions in the box below. It is easy to use and you can get more than one entry! If you are not sure how to use Rafflecopter, I have included detailed instructions below the box.


How to use Rafflecopter?

The first thing you need to do is to log in with Facebook or your email address.
Once you are logged in, the first and mandatory entry option is to leave a comment on this post telling me which of the products reviewed you would find the most useful and why. For extra chances of winning, check the instructions in the form. You can pick and choose a range of ways in which to enter. The only one you must click on to get into the draw is the one asking you to leave a blog post comment. You must also leave a comment for your entry to be valid.

Disclosure:
– The prize will be supplied directly by Houdini Solutions.
– The giveaway is open worldwide. You must be 18 to enter.
– I was sent the products reviewed above for the purpose of this review. No payment was received. All opinions and photographs are my own.

I have listed this giveaway on ThePrizeFinder, SuperLucky and Loquax.