This week, we have been making the most of the sunshine and spending a lot more time out of the house.

Crevette (5 years 11 months) had his sports day on Wednesday. It was windy but enjoyable. We watched him race, run under a parachute with his classmates, play hockey and jump over small hurdles. He kept checking we were still there, which I thought was incredibly sweet. He was really proud to be third in one of the races (well, out of four…). 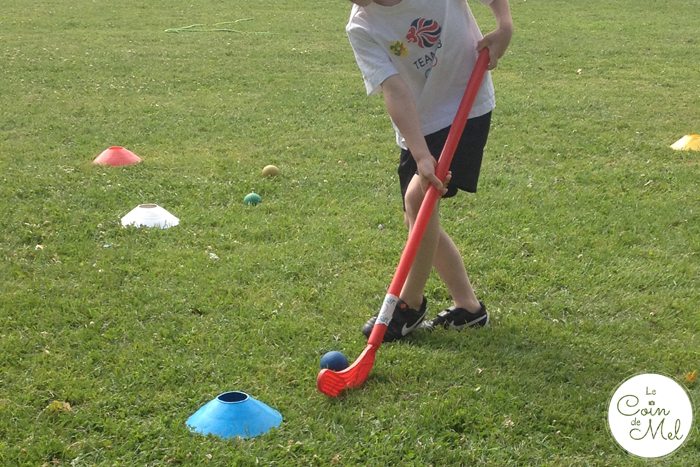 That afternoon, we had an enforced walk to Beanie’s (3 years 9 months) pre-school as hubby had left the car home but taken the key to work. The 45-minute round trip was a blessing in disguise (despite the initial moaning) as it was warm but breezy. After picking up Beanie at the end of her session, we had an impromptu trip to a park I had not been to before. We were the only ones there and I think I had more fun than my three and five year-olds on the zip wire. It was liberating to act like a kid, lose my inhibitions and just enjoy the moment.

When we got home, we watered the plants and picked our first raspberries of the summer. They tasted heavenly!

Yesterday afternoon, I took Crevette and Wriggly (4 weeks) to see my friend Ness and her two little girls. Her new baby is a doll! The children bounced and bounced and bounced on the new trampoline. We sat outside chatting and had chocolate cake, ice cream, biscuits and cherries. Now that is my kind of snack time!

You cannot possibly have a British summer without rain, can you? After taking Crevette to school today, we walked home quickly not to get drenched, but after an hour or so, the girls were getting restless and started randomly emptying cupboards and turning the house upside down. I fed Wriggly, got our wellies out and we went to our local park. It was the first time jumping in puddles for Jumpy (1 year 8 months) and she fully embraced it! 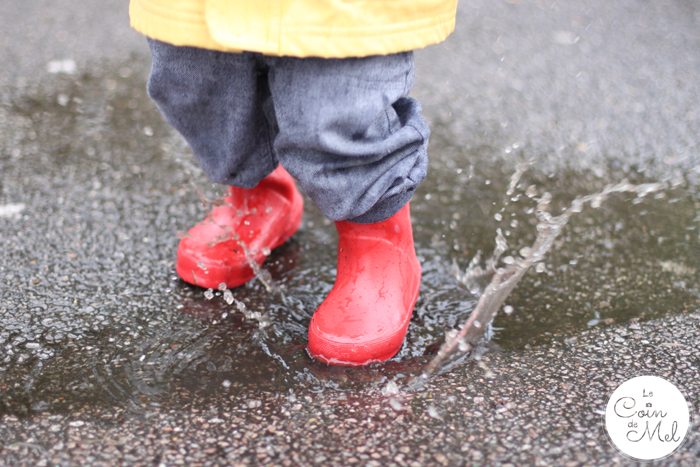 On our way, the girls noticed a snail. When Beanie touched it, the poor creature got scared and sheltered in its shell. She decided to have a one-way conversation with the snail (as you do!): “Oh sorry snail… We’re going to the park snail! Maman, I asked the snail and the snail said yes you can go to the park!” 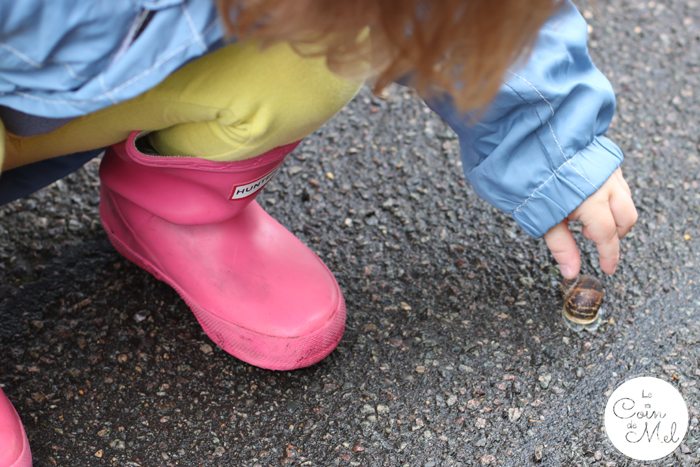 A wet park is an empty park so we had it all to ourselves, which we thoroughly enjoyed. After less than an hour, both girls were soaking wet, covered in mud, arguing, hitting each other and Beanie had wet herself. It was time to go home so my little monkeys could have a warm shower and lunch.