I had the privilege to see Sir Paul McCartney live in London on Sunday. The more I got thinking about my love for The Beatles, the more memories started flowing back.

I can actually pinpoint the exact time when I fell in love with the band. When I was twelve, my mum was looking after a youth club. Just before the summer holidays, the teenagers collected money to get her a present and they asked me what she liked. I remembered her mentioning that the Beatles had named one of their songs “Michelle” (her name is Michèle).

The Blue and Red albums were purchased. The year before, my mum had bought our first car, a Peugeot 205 we both loved and called “Titine”. We were using a battery operated tape player in the car and the Beatles’ tapes were amongst the few we had. Our summer holidays were generally spent camping in the Vosges. We were listening to the tapes in loop and singing (very badly) together, annoying my little brother so much he ended up throwing Duplo at us.

A year later, my English teacher, the one who inspired me to become a teacher myself (hi Pascale!), taught my class “Yesterday” by the Beatles. Summer came and a festival-like weekend in my mum’s back garden saw lots of teenagers enjoy a couple of days of camping, singing and storytelling. I might be exaggerating a little but that is what it felt like. My childhood friend Jeremy had brought his guitar and attempted to teach me “Let It Be”. I failed miserably.

On Sunday, people started waving the torch of their phones as soon as they recognised the tune Sir Paul had started playing on the piano. The world has changed so much. Back in the days, people used to wave the flame of their lighters (old, moi?). Can you imagine that now? (hello health and safety regulations!). Jérem, that one is for you:

A few other Beatles’ songs mean a lot to me. I will always remember the live rendition of “Drive My Car” in a pub during a school exchange in Newcastle when I was sixteen. The song is one of my all-time favourites. We studied “Eleanor Rigby” in English when I was in the 6th form. I still know every word. A couple of years later, my English teacher was so dreadful that I decided to teach myself (in class) by studying one of my friends’ notes and translating songs I liked. “Hey Jude” was by far my favourite at the time and I really struggled to put it into French.

Fast forward a few years and the first part of my teaching qualification took place in Lancaster. Our last assignment for that placement was to create a song about education. We used the melody for “Strawberry Fields Forever” and changed the text to language-learning techniques. I remembered our new version for a very long time.

Liverpool was quite close and I went to the beautiful, welcoming city for the first time, during The Beatles’ Festival. I wanted to stay! Although I did not understand everything they were saying, people were incredibly friendly, the city was vibrant, buzzing and full of energy. 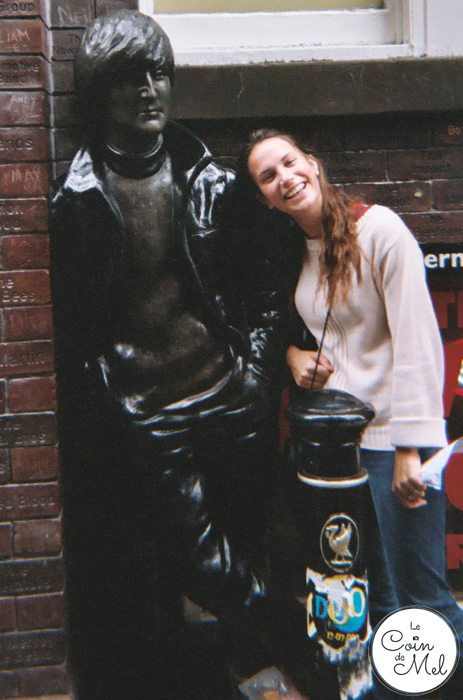 When I met Hubby and he mentioned his Liverpool background, I saw it as one of the signs he was ‘The One’. He had even lived on Penny Lane for three weeks as a student! Beau-Papa (my father-in-Law) grew up in the Dingle, an area of Liverpool. As a boy, he would play football in the streets with children from his estate. Richard Starkey, although he was older, used to kick the ball with the boys. He would later become Ringo Starr, the most famous drummer in the world! How is that for an anecdote?

The day I bought my much-loved second hand Mini Cooper, my cousin Maxime was with me. My first drive was to Abbey road where I asked a passer-by to take photos of us on the famous zebra crossing. Coincidentally, after looking at the Abbey Road album cover, I realised we had a photo where I was exactly where John Lennon stood on the album cover, and Maxime where Paul McCartney was. 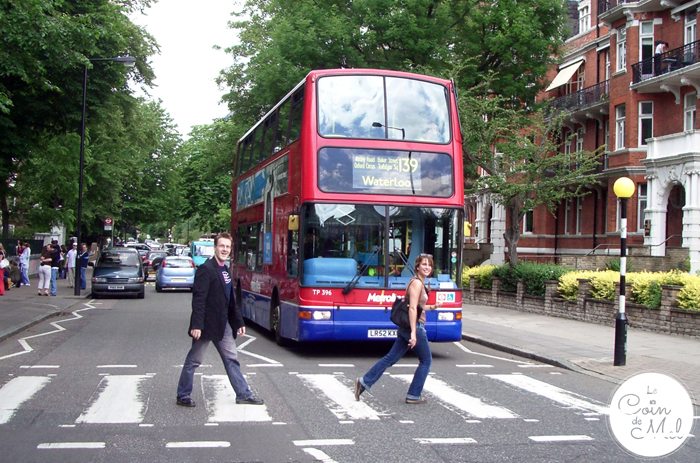 I did not have to buy clothes for our children as they have cousins and quite a few of my colleagues regularly give us bags of clothes, but I bought a Beatles’ top for Crevette when he was a toddler. 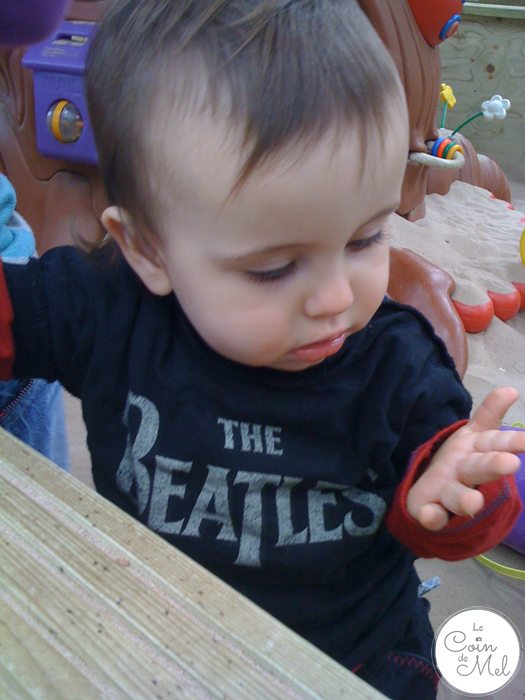 Beanie wore it too, and I even took photos of her wearing the T-shirt and ‘singing’ to her teddies. 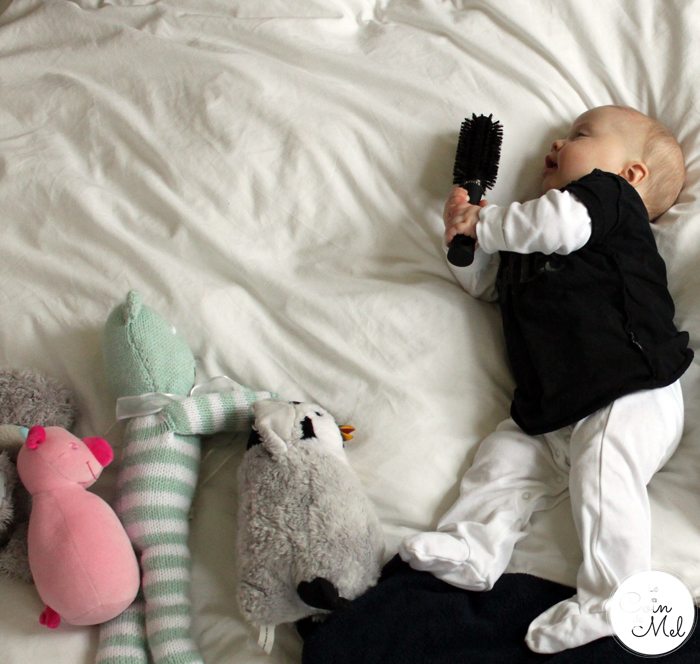 The first time I saw Paul McCartney live was with Hubby three or four years ago. It should have been magical but it was not great as Hubby is not a fan of concerts and we ended up having a disappointing evening.

This time round, Maxime (my ‘gig buddy’) came all the way from Paris for the concert. We had the best tickets we could get and we were close! The day before, Maxime had been head bobbing to AC/DC at the Stade de France. The man takes his concerts seriously!

Tickets are far from being cheap, but Paul McCartney is a story teller as well as being an amazing singer, songwriter, sometimes comedian and musician. He told us that his eight grandchildren were in the audience the previous night. He verbalised what might have gone through their minds…. “Hang on, the guy on stage is the man who normally sits on his couch watching TV. Weird!”

My favourite anecdote by far was the one about the time The Beatles sang in Red Square. After the performance, they met the Minister of Defence, who told them the first record he had ever bought was “Love Me Do.” How fitting!

He sang to his wife Nancy, who was there that night. He also dedicated songs to Linda, John Lennon and George Harrison.

He interacted with his audience, was generous with the stories he shared. The concert was a visual treat as well with loads of photos and video clips throughout the show. Every Beatles’ song was like a giant karaoke. The man might be in his seventies, but oh my goodness he rocks! I doubt he needs the money and he clearly loves performing live.

The gig officially ended with “Hey Jude”. Everyone was singing, I am pretty sure the security people and paramedics were singing, too. There was not one ‘encore’, but two.

One thing that struck me, and Maxime had the same feeling, was that the whole mood of the concert was a tad melancholic, a bit sad like an au revoir.

Just a few words of wisdom to conclude:

What is the best live band you have ever seen?