On Wednesday, the children and I got in the car straight after school. We headed towards Brent Cross Shopping Centre. We had a few things planned and our first stop was Topsy Turvy World.

They have a crèche there. My four little ones were booked in for a couple of hours of childcare whilst I enjoyed a bit of ‘me time’ at the shopping centre. I parked where I normally do when visiting Brent Cross but if using the crèche, I would strongly advise you to park there instead. Their postcode is NW4 3RW and you can book sessions until the day before your visit.

When we got there, my little ones were happy to sit with a group of children and to have their early dinner. We were immediately asked about dietary requirements. Jumpy’s allergies were not an issue at all and her food was similar to the others’ (baked potato, chili con carne and ice cream). As they were settling in, I filled in some paperwork and gave in Jumpy’s medication. I was reassured to know that there was always a first aider on site.

It felt odd to walk away on my own, but the fact they were all really happy there made it a lot easier. I had a spring in my step as I was walking towards the Clarins counter in Fenwick’s. 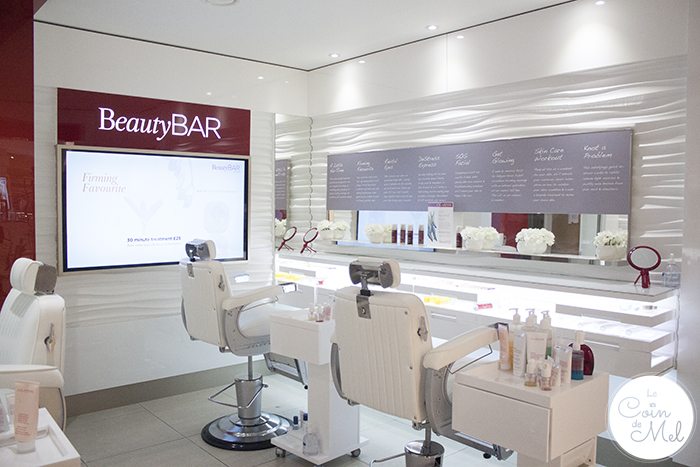 Molly looked after me at the BeautyBAR, a hidden gem within the busy shopping centre. I had chosen a 30 minute de-stress treatment, ‘Knot a Problem’ and I was hoping the massage would release tension from my neck and shoulders. Molly, who was friendly and conscientious, asked me why I had gone for this particular treatment before she got started. She also checked what sort of pressure I wanted for the massage. Within a couple of minutes, I was fully relaxed, taking in the calming music and also enjoying the background noise, which felt pretty much like white noise. 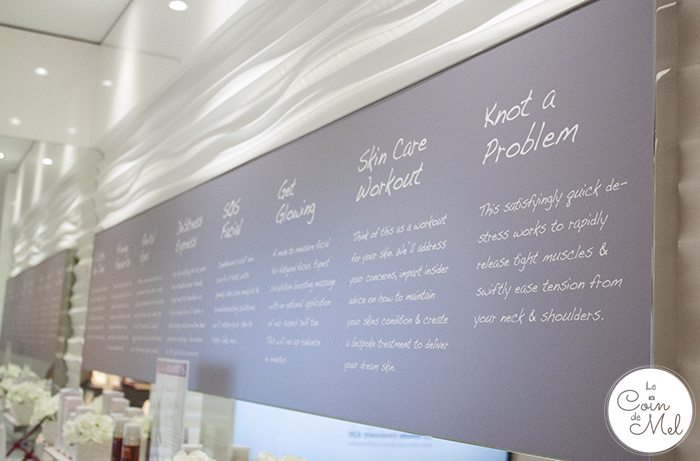 The scents of the products used also helped ease stress. I would highly recommend the turbocharged treatments (£25 for 30 minutes) and if you are after a bit of a skincare boost, the limited edition Superfood Facial is only £15 until 22 October 2016. 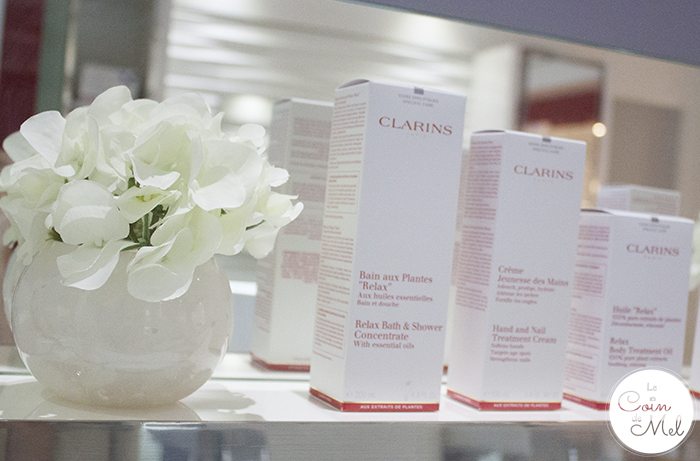 I still had some spare time to myself and I did some browsing in a few shops: Mothercare, Apple, Paperchase, Nespresso and Top Shop before getting myself a gorgeous sandwich (Posh Cheddar Sandwich) in Pret A Manger.

When I picked up my four little ones, I thought they would be delighted to see me, but all they said was, “We don’t want to go!” These four had had the time of their lives with Jennifer, their key worker for the evening, who was exhausted after running around with my little ones in the soft play area for over an hour. 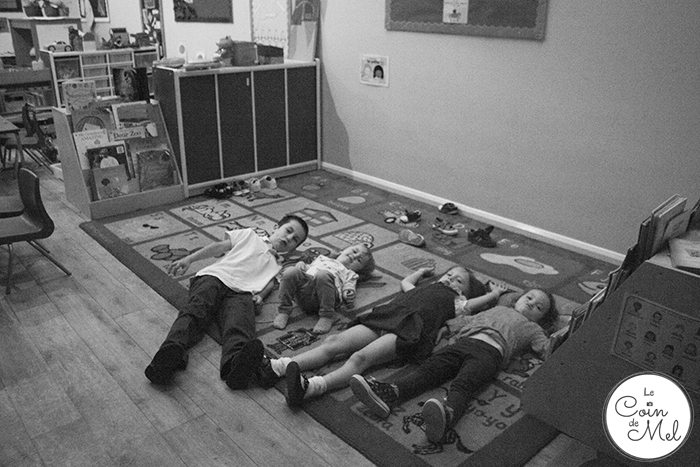 Here is what Crevette (8 years old) wrote about their two hours there:

“It was amazingly amazing because of the giant play area for at least 1 and a half hours. As we went through the first cave slide in the play area, we all screamed and  even I yelled. My favourite part was the time we held on to each other and pretended we were in a roller coaster ride. Even Jennifer went with us!” Needless to say, they were desperate for me to promise they could go again soon. 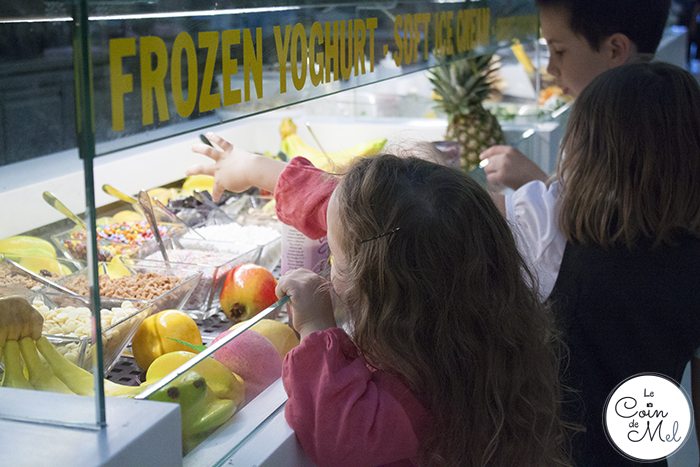 Just before we left, we headed to Tomeli’s so the children could share frozen yoghurts and I could have a Nutella and peanut butter pancake. Oh yummy! 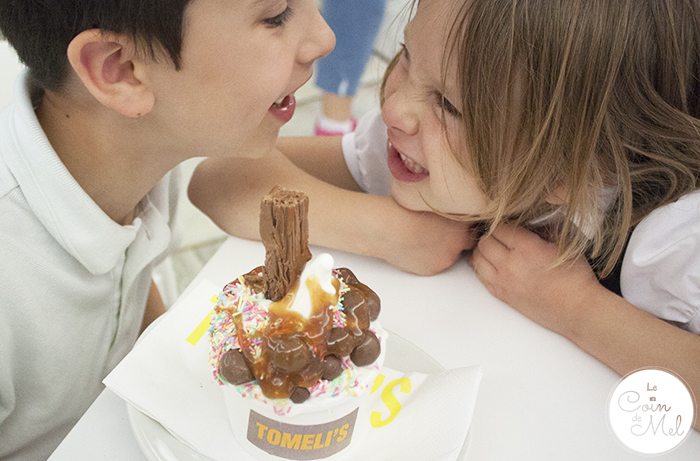 Disclosure: The children spent two hours at the crèche free of charge whilst I had a complimentary massage. I was also given a £10 gift voucher to get myself a snack. All opinions and photos are my own.