For his first Christmas, Crevette was given a Penguin cuddly toy. ‘Mr Penguin’ has been my little man’s faithful companion for over 9 years. When he is sad, worried or struggling to fall asleep, Crevette cuddles his penguin and he feels secure as soon as he’s holding his penguin. We wouldn’t dream of going on holiday without Mr Penguin: he’s part of our family. We’ve even had birthday parties for him!

My girls love playing with teddies but they don’t normally have a specific one they use as a comforter when they’re upset, tired or away from home. It might change though…

A couple of weeks ago, we had an exciting delivery. The lovely people at Posh Paws sent us six plushies from their Disney Collection. 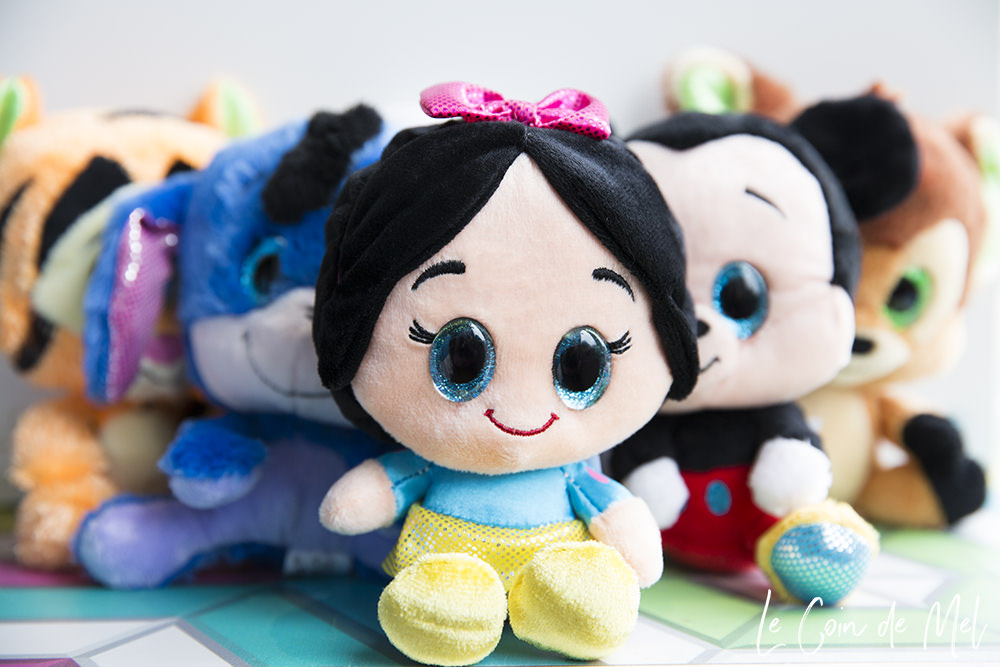 These adorable, high quality plush toys from Posh Paws all come with wide glittery eyes and the teddies’ fur has a slight sparkle to it.

At 6 inches tall, these Disney cuddly toys are small and cute, so it’s no wonder my children fell in love with the timeless classics as soon as they saw them. 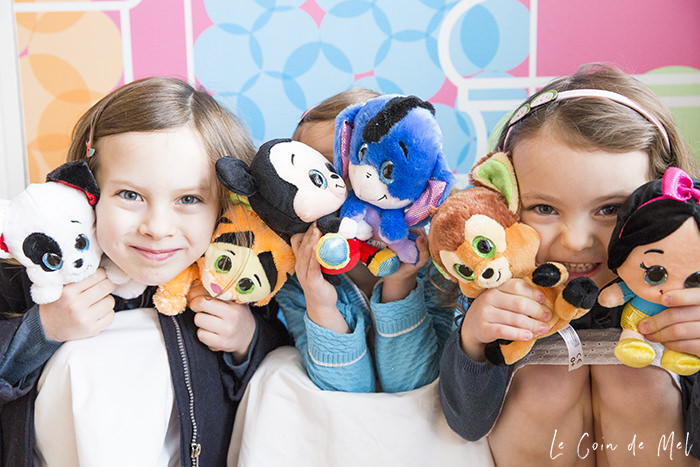 So far, my children have fought over the loveable plushies, cuddled them, played with them, used them for baby ballet and read to them. 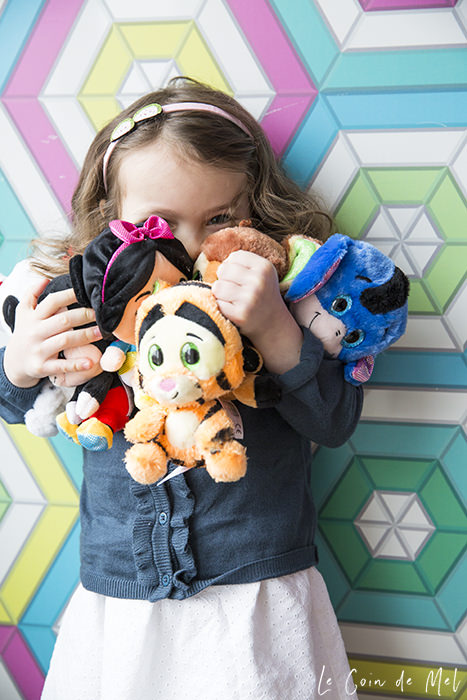 So far, Posh Paws have released two waves of the Disney plushies. We received a mixture of wave 1 and wave 2 soft toys, which are on sale now. I have to say it’s kind of tempting to try and get more of them to build our very own squad of cute plushies. 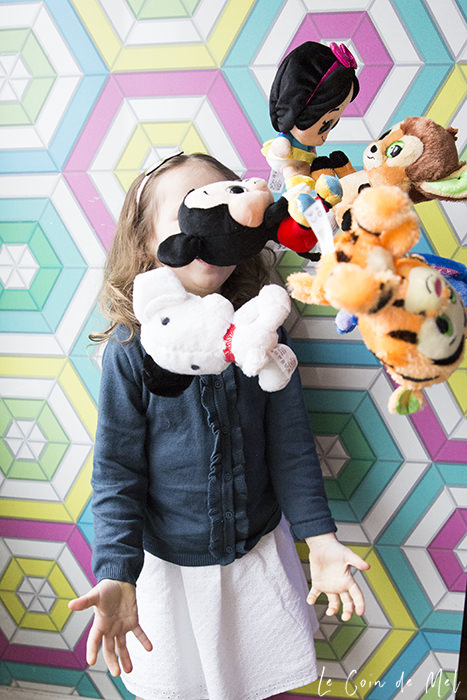 The range includes lots of Disney favourites and each collectable character in waves 1 and 2 is available from Tesco, Morrisons and in independent stores (RRP £6.99 a character). Wave 3 will be released from July. 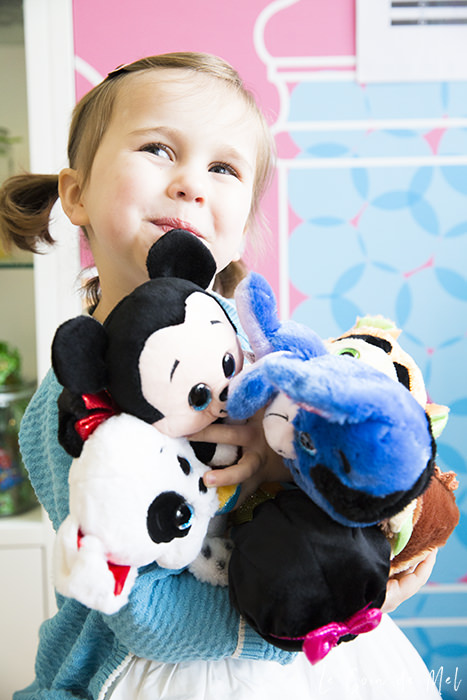 Which one of these Disney collectable plush toys is your favourite? 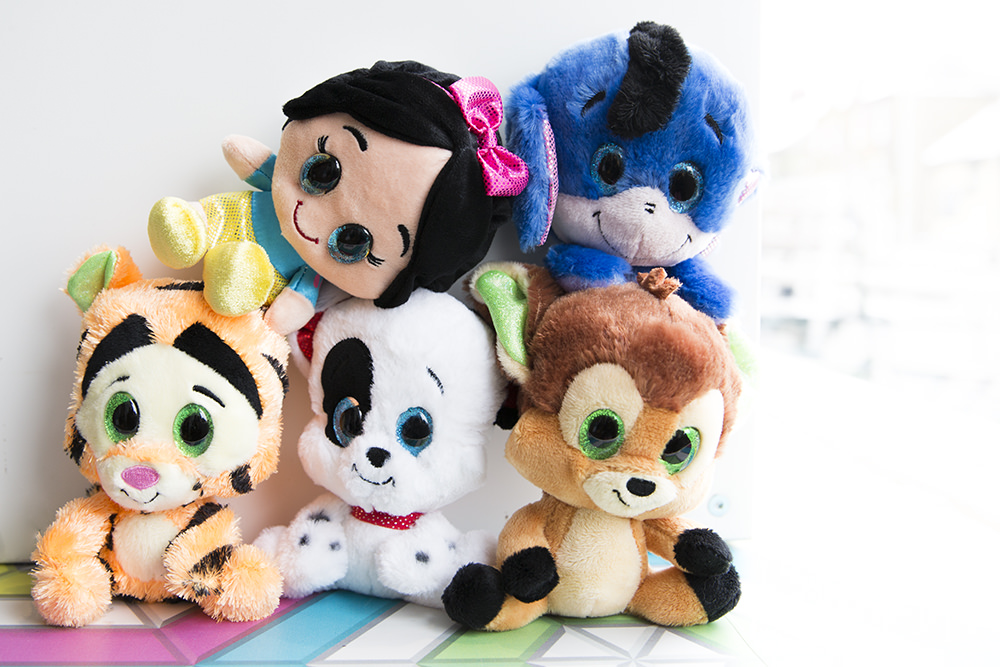 Disclosure: We were sent six plushies from the Posh Paws Disney Collection for the purpose of this review and I was not compensated in any other way for this blog post. The girls’ outfits are from the Vert Baudet SS18 collection and were all received as gifts too. I took the photos in my friend Miranda’s sweet shop. All photos and opinions are my own.