Home » Food » Sweet Treats & Snacks » Spooky Pumpkin Marshmallows … What Not to Do! 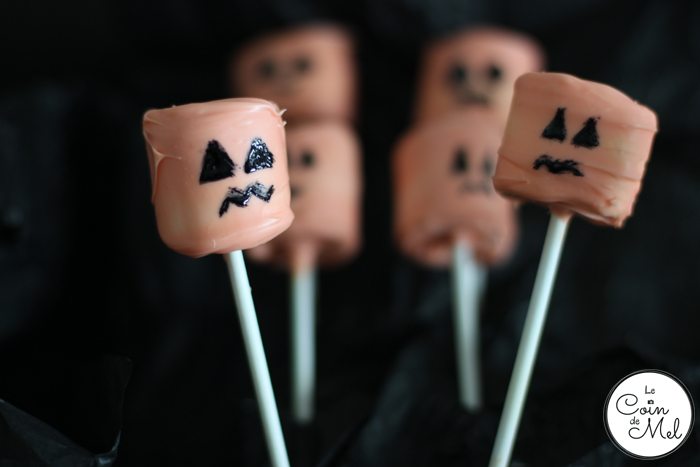 A few days ago, I thought it would be a good idea to make marshmallow pumpkins for Jumpy’s birthday party. It all started really well. I had all my props and ingredients out and got started yesterday night. I got the idea from Sara at Mum turned Mom, who made Lego marshmallows a few months ago and I spotted quite a few other examples of decorating marshmallows as an easy alternative to cake pops.When I was shopping for Jumpy’s party a few days ago, I decided to make some and buy what I needed. I tend to do things at the last minute and I did not read instructions on what to do or what to buy. I thought it would be pretty straightforward.I would normally have used white chocolate and orange food colouring, but I could not get my hands on get dairy free white chocolate so I bought some Wonder Melts for my local craft shop as they were dairy-free. 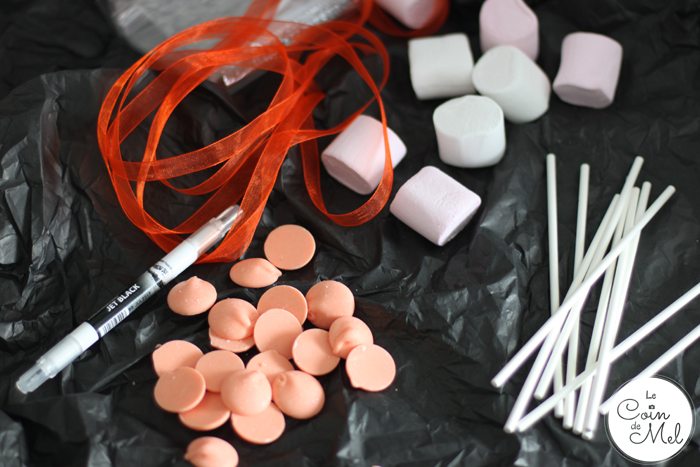 I started by melting the Wonder Melts following the instructions on the packet. I did it in the microwave and it worked really well. I found it easier to use than white chocolate. It stayed tempered for quite a long time. Once the marshmallows were on the sticks, I used a spoon to coat and smooth them. 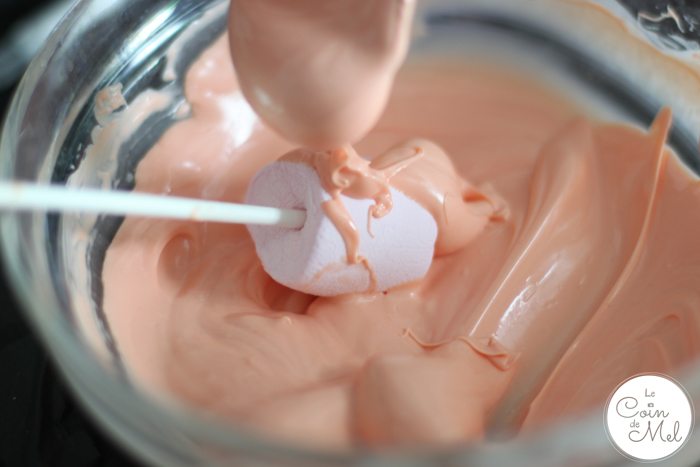 It took very little time to coat all the marshmallows and let them set on egg boxes. It took no time at all. 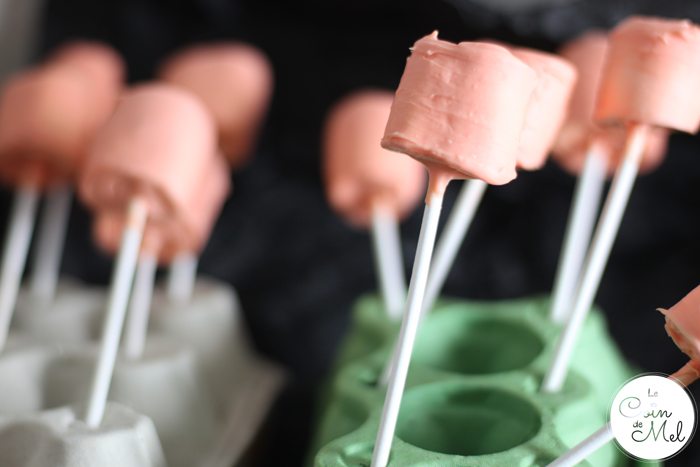 It was silly o’clock when I looked at the food pen for the first time yesterday. It was too dry to leave any mark on the sweet-covered marshmallows. Luckily, I had black food colouring and paintbrushes. I set to work but it soon dawned on me that the food colouring was not drying. I tried putting one of the spooky pumpkins in a treat bag but I quickly realised it was not a good idea. The result was a bit of a disaster but I tried it and it tasted fine. The Wonder Melts do not taste as nice as white chocolate, but I needed a dairy free alternative for the party. 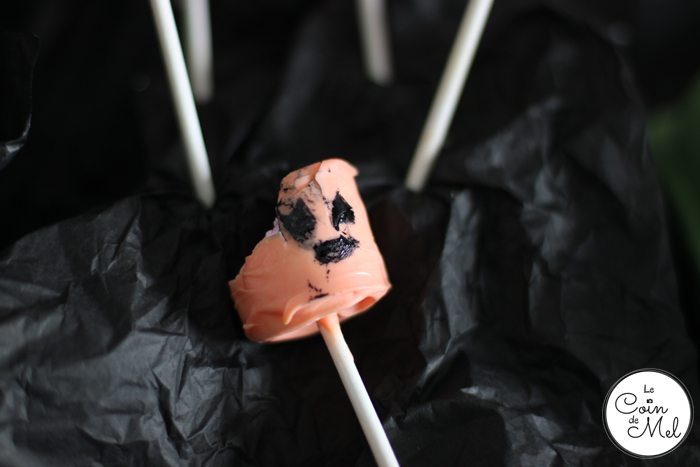 Am I lying about them turning out perfectly? No way! I was chatting to Ceri, who blogs over at Natural Kitchen Adventures just over a week ago, and we were talking about the fact sometimes you find recipes on the Internet and they look incredibly appetising, but when you try them at home, the result is awful, and at times inedible. Do not attempt making spooky marshmallow pumpkins my way; it does not work! 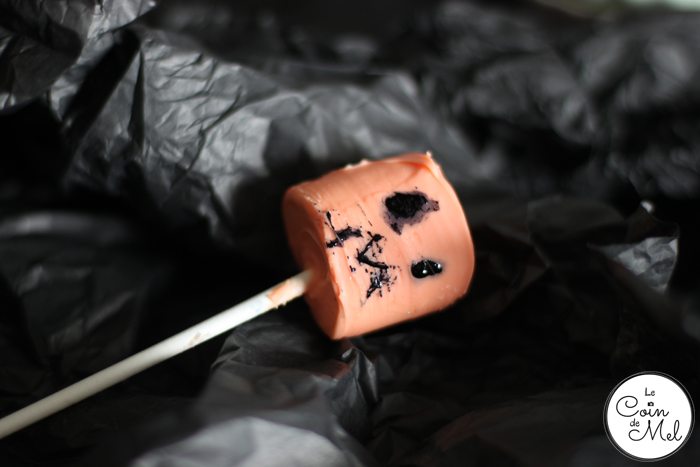 Previous Post: « We Gave It Some Welly for Allergy UK!
Next Post: Salmon with Lime and Ginger Butter on a bed of Roasted Cabbage served with Steamed Vegetables »