Have you ever wished you could click your fingers and have all the dust, lime and grime gone so that you could enjoy your family instead of scrubbing the shower cubicle on your hands and knees with a toothbrush?

A few weeks ago, Fantastic Services got in touch. They offered to clean my house (yes please!) and I told them I would write about their services if was happy with them.

After booking, I had a quick phone call with Danni. She was incredibly friendly and assessed my needs. Without being pushy, she mentioned services I might need and we settled for a one-off clean of my house alongside a much-needed clean for my chenille sofa.

The team was due at 8.30 a.m. on Monday morning, so when I spotted a Fantastic Cleaners car outside my house 10 minutes early, I could not help but swear under my breath. I cannot stand people being early and our morning routine is hectic to say the least. But you know what? The knock on the door came at 8.30 a.m. exactly, not one minute earlier!

I would lie if I wasn’t surprised to see a man there (sorry if that sounds sexist, not my intention at all, this is just what I felt), but as soon as he came in, I relaxed. He introduced himself as Stefan (he even had a name badge!) and asked me to show him what I wanted done. I was surprised because this had all been agreed, but as I was giving him a tour, it was clear the upstairs was pretty clean other than windows whilst the downstairs and family bathroom needed some TLC.

Our family bathroom last week, before I had time to sort out everything from the loft I was storing in there: 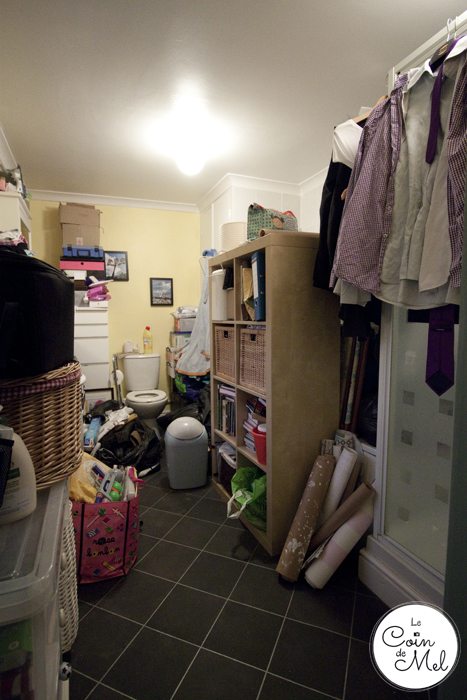 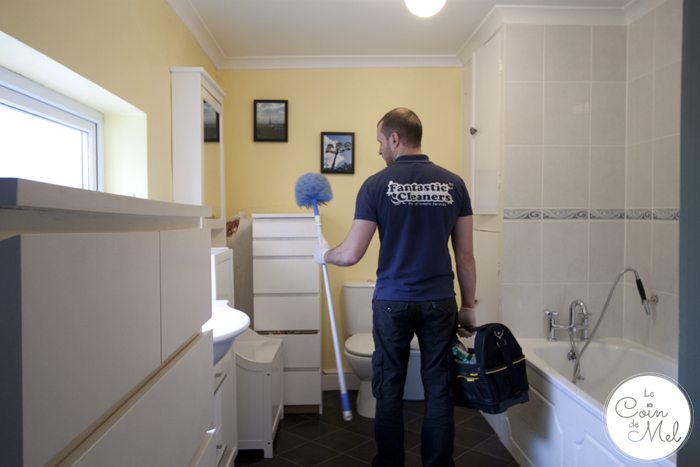 As soon as he spotted the children having breakfast, he looked concerned and asked me whether they would be home, because he didn’t want them to inhale the fumes of the cleaning products. I liked this sort of approach and reassured him they would all be in school or preschool apart from Wriggly.

When he realised the house wasn’t as dirty and dusty as I had described it over the phone, Stefan suggested cleaning inside the bathroom cabinets. Oh my goodness, if I had known that, I would not have stayed up until 4.30 a.m. the previous night sorting out those cupboards! Downstairs, he suggested cleaning the oven and fridge. I also shyly suggested kitchen cabinets, which I didn’t have time to get, and he said, “Of course.” Oh my goodness, it was like Xmas!

Stefan and his two male colleagues put on some overshoes and got started straight away. They came with their own cleaning products, and even bin bags, which I really appreciated since my back garden is, well, bin central at the moment. My step was light when I left the house to take the children to school and I took my time, chatting with other mums and walking Jumpy to preschool.

Just under two hours later, Wriggly and I were back home. She had a nap and I started fretting. No one other than me has ever cleaned my cupboards so when they got to them, I felt a tad panicky. They could tell I was hovering around and asked for a short break in their car whilst the boiler was warming up some more water. That was exactly what I needed and I love the fact they gave me the space I needed.

The services offered were not at all what I had imagined. I had pictured a noisy team of cleaners creating a whirlwind in my house, but they were quiet and as discreet as you could imagine. I still felt at home in my home if that makes sense. They were like ninjas! Once she was awake, Wriggly kept spying on the work they were doing, but they did not once made a comment or seem annoyed about my prying toddler. 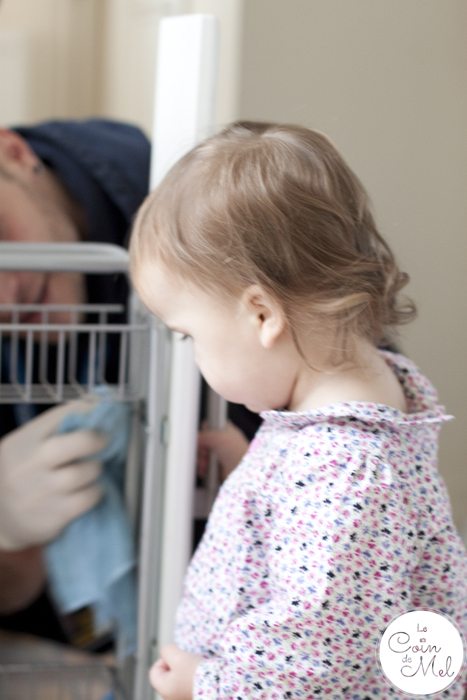 My house feels lovely, clean and now it really feels like spring is just around the corner and the dust from the loft conversion has finally gone! My oven is an old thing we inherited with the house. It has never been this clean. It looks new (seriously!). My sofa, which had seen better days, is like new now. 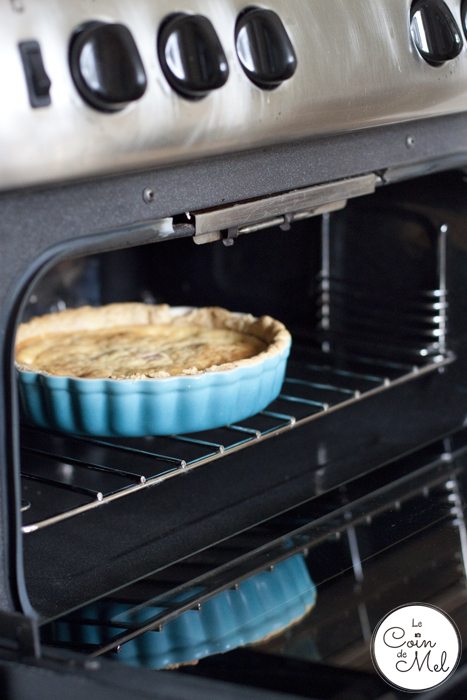 Disclosure:
– I was offered a deep clean of my house (3 cleaners for 5 hours) and sofa cleaning. All opinions and photographs are my own.