I am still struggling to come over the fact Crevette is six years old already! It feels like yesterday we took our little bundle home to my mum and brothers who were staying over at the time.

Mere days after I had given birth to Wriggly in June, my little man started talking about organising his birthday party. We would normally have it at home but this time, I could not face cooking, cleaning, decorating with a newborn and three active kids around.

We could have gone for a picnic at this time of the year but the weather is so unpredictable we decided to play it safe and have an easy one for me by going to a soft play area with a few friends.

When I asked him if he wanted to have some sort of theme for the party, he immediately went for Star Wars. I think he is secretly trying to please his daddy, bless him! Hubby is a Sci-Fi enthusiast. Star Wars, Starship thingy, the Hitchhiker’s Guide to the Galaxy, Star Trek… it all blends into one for me and I invariably ask daft questions when we are watching one of those films (series? Are they all films?). 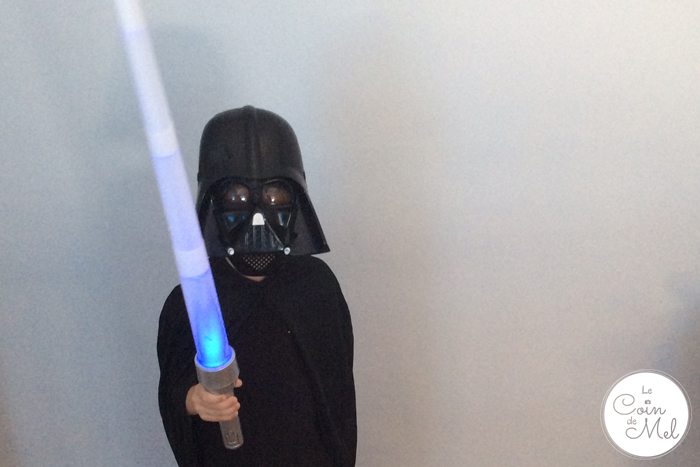 Hubby is always humming the Imperial March. It has become some sort of tradition for him to do it quietly at weddings as the bride is walking up the aisle. I find it highly amusing but keeping a straight face when he does that is tough! He also gives the kids a “dun dun duuuuun!” when they tell him about something exciting or scary. Even Jumpy copies him, and she is just 20 months old!

Little Man loves spending time with his daddy. They sometimes play on an old console together. When they came back from the charity shop with a Lego Star Wars game not long ago, they were both beaming!

I might be a complete novice when it comes to Star Wars, but I can make cards! Crevette and I had fun designing his invitations together.

Crevette chose a moreish chocolate cake in town the day before the party. It was much nicer than going for a huge lump of icing with a bit of cake in it.  We were planning on using Star Wars Lego characters as cake toppers and it worked out perfectly.

We all dressed up a bit for the party, without overdoing it. We surprised Crevette just before we left for his birthday party by giving him a Darth Vader mask and cape to wear over his black T-shirt and jeans as well as a light sabre. Beanie had a Jedi cape over her leggings, white shirt and brown belt. Jumpy was Princess Leia with her two cute pigtails and Wriggly was no other than Yoda with a green hat! As for hubby, he had the Star Wars T-shirt the children gave him as a birthday present and I wore a T-shirt that read “Trust me I’m a Jedi”. 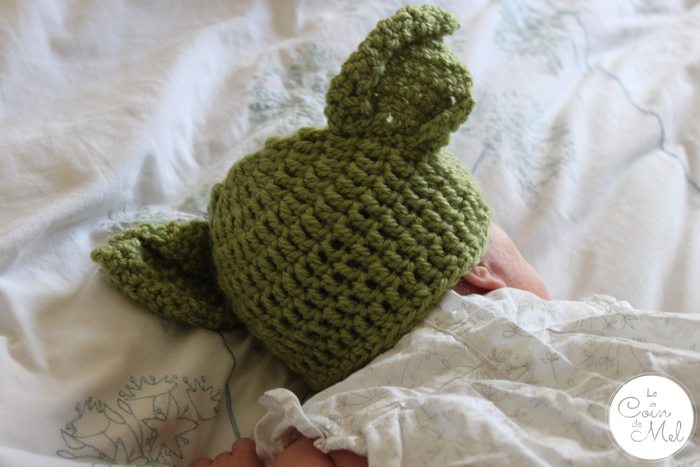 The party was a real success. No stress whatsoever was involved. The children had the time of their life running around, sliding, and jumping. Mummies had a nice chat and coffee. Crevette was really proud to drive his girlfriends around the Go-Kart track a few times. Happy Jedi Knights, Princesses and Dark Lords all round!