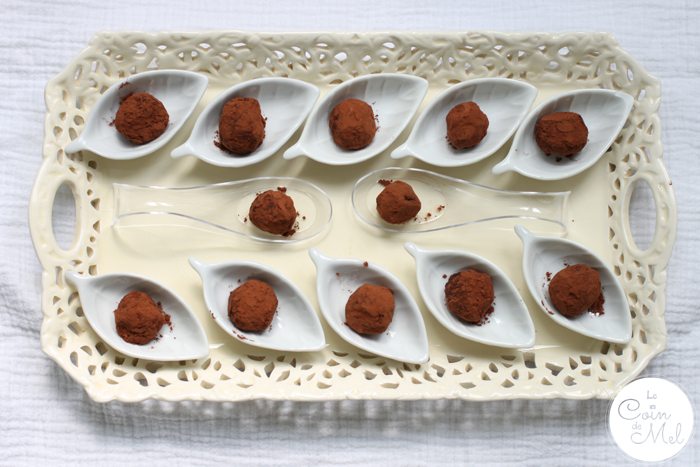 Have I ever mentioned my chocolate addiction? I remember making truffles for Christmas as a child, but I had forgotten all about it until hubby treated me to a cooking class a few years ago. We made truffles on that day and it reminded me how easy it was. I adapted the recipe to make it even simpler and decided to make them with the children and my brothers when we next went to France.

When we travel to France to see my family, I want to make sure we make the most of the moments we spend all together and have a good time. We get on well but somehow, we always end up squeezing in an argument so before our latest trip, I decided we would make some sort of “Russian roulette treat” to make our family reunion a memorable one. Let me explain …

On a day out in London with my aunt and grandmother a few months before, we had been to Fortnum & Mason for a bit of browsing and I was surprised to see they were selling insects in their grocery section. For some reason (do not ask, I do not know myself), I got myself a small pack of their finest ‘Thai Green Curry Crickets’. I was rather bewildered on the way home and not actually sure what I was going to do with them (I am not one for impulse buying normally), but I decided it might make a fun present for one of my teenage brothers. 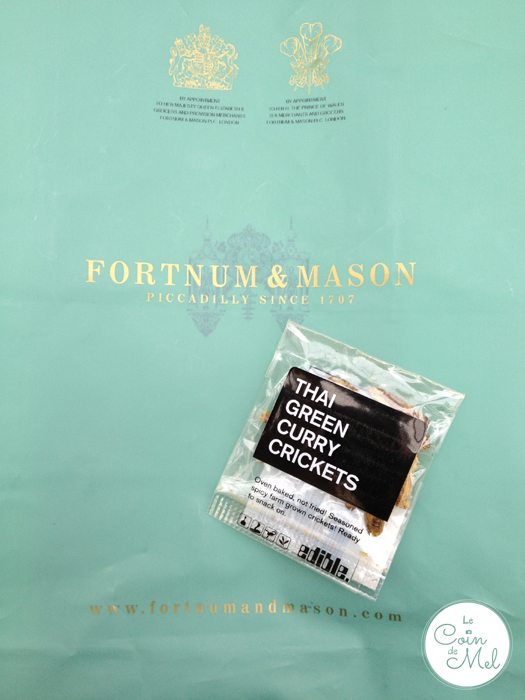 As I was packing for our trip to France, I thought about the crickets and had an epiphany… we would have truffles with a twist! We would make the chocolates, but half of them would be normal truffles whilst the other half would have crickets in them. I know, I know, not your usual kind of treat for a nice family gathering. The thing is, our previous family reunion had been a disaster and I did not want a repeat of that. I just wanted everyone to get along, laugh and think about crickets hidden in chocolate rather than starting turning bitter on each other. I know what you are probably thinking: “That was unexpected… when she mentioned a ‘twist’ in her title; I assumed she meant adding salt to the chocolate or at a push chili powder, not insects!”

I know, this is an odd concept but I promise you, it is effective! It worked! We had an amazing night, playing a quick and easy card game. The principle was simple: whoever lost each game had to eat a truffle. We giggled, cried with laughter and I actually felt really nervous as I did not want to end up eating one of the insects. Even hubby, who is known for never joining in games, played along and had an amazing time with us.

The preparation bit that afternoon was filled with anticipation and good mood as well. One of my brothers and Crevette helped make the treats and Beanie got so addicted to eating the bugs we thought we would not have enough left for that evening! We made twelve truffles. Six of them were plain; six of them had an oven baked cricket in them. Before you ask, this post did not get sponsored by Fortnum & Mason, but these babies were the perfect size to be hidden inside truffles. Even I could not tell which ones were the ‘special’ ones, to my greatest disarray (I had assumed I could cheat).

So if you are still reading and fancy doing something similar, you could go for a ‘Russian roulette’ game to spice up a family evening like I did, or use it as a prank for April fool’s day!

If anyone fancies the recipe for my easy truffles and a ‘free from’ version, just click here.