Home » Uncategorized » Kids' Corner » Fun with the Little Ones » We went on the Hogwarts Express and Tried Butterbeer!

I first opened a Harry Potter book fifteen years ago, when I was a nanny in Paris. My little protégé, Maxou, was nine years old, and every day after his homework and violin practice, I would read him a chapter of Harry Potter and the Philosopher’s Stone. He liked it, but I liked it more. After I finished reading it to him, I was hooked. I had always loved books, but the adventures of the young wizard could have me reading through the night. I could not put the books down.

Fast-forward three years and I was sharing a flat with my friend Cé in a busy town centre. I needed something soothing to distract me from the noise and help me fall asleep. Every single night, I would put the DVD of Harry Potter and the Philosopher’s Stone on my laptop (truth), and every single night, at about 3 a.m., Cé would come to my bedroom and turn off the laptop because she could no longer bear the repetitive music from the root menu (you know, THE Harry Potter music – that one!). I think she secretly hated me for it, but I did not stop (Yes, we are still friends!).

A couple of years later, I spent four weeks backpacking in Thailand with my then boyfriend (Hubby now). The latest Harry Potter book came out a couple of days after our arrival in Bangkok, and I rushed to the closest English bookshop on the morning of the launch. I read Harry Potter and the Goblet of Fire in less than three days. Have you seen the size of the hardback? It ended up being carried all over Thailand for a month, and we were moving town every few days, sometimes walking for an hour or so with all our belongings.

When I finished reading the email inviting me to an evening preview of the Hogwarts Express before it opened to the public, I did a little happy dance. I had been thinking of going on the studio tour for quite a long time but I was going to wait another year or two so I could take my little man.

As you can imagine, when we got news that we had those exclusive tickets, I caught a bit of Harry Potter fever again. That night, I ordered the first book in the series for Crevette, who would be coming with me, as well as round glasses and a cape. Every night before bed, I would read him a chapter of Harry Potter and the Philosopher’s Stone, and straight after school on the day we went to the studios, we watched the film. After all, it is not every day you go to Harry Potter World!

We very nearly did not make it (drama, drama!). Hubby completely forgot to come back early from work to look after the girls. I dropped the three little ones at my friend Aimee’s house and we made our way to the studios. Luckily, it was easy to find and there were plenty of parking spaces. Crisis averted! 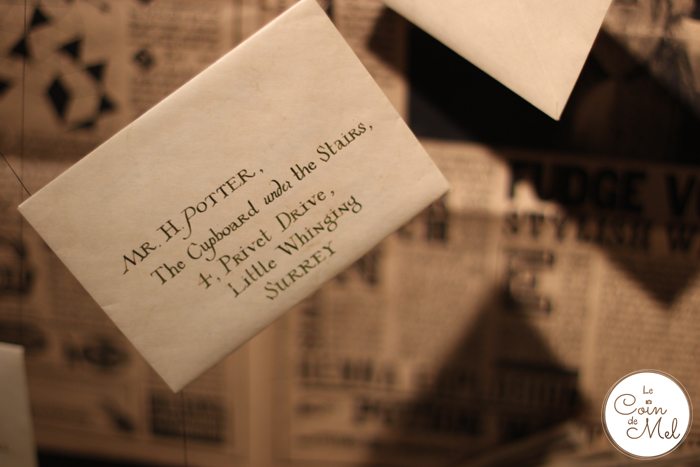 We arrived at 6 p.m. on the dot, and we barely had time to glance at Harry’s cupboard under the stairs before we were taken to a large room where all staff members were really friendly. 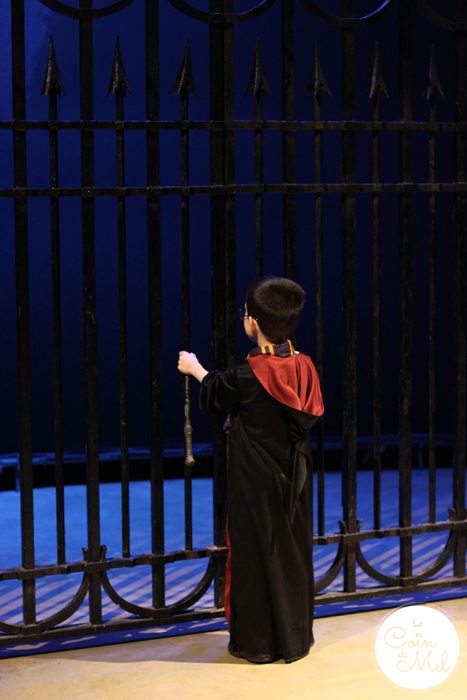 Excitement was palpable. After listening to a summary of how Harry Potter was brought to visual life by several thousand people over ten years, Chris Rankin, otherwise known as Percy Weasley, opened the door of the Great Hall where we enjoyed a drink. 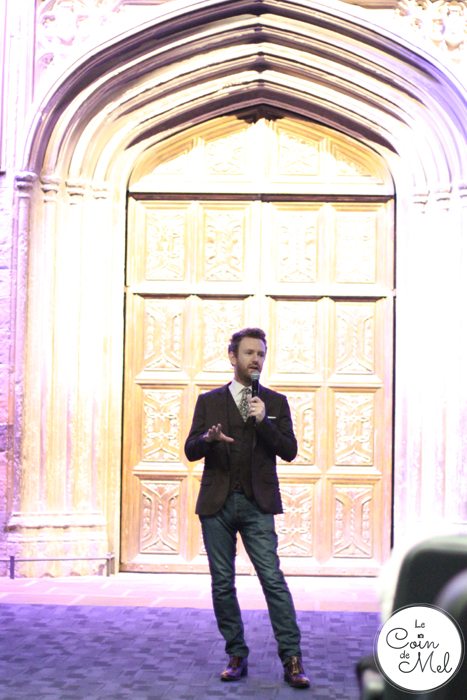 What we loved most about the tour:

The Great Hall
Starting with a drinks reception in the Great Hall was quite simply magical. 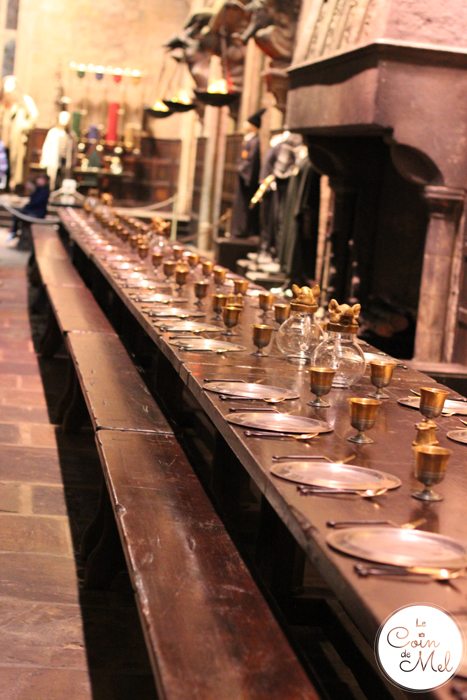 I had no idea what to expect as I had never set foot in a filming studio, but I was astounded by the realism of it all: it did not look like a set; it looked like the Great Hall, with real benches, tables, cutlery, ornaments, etc. 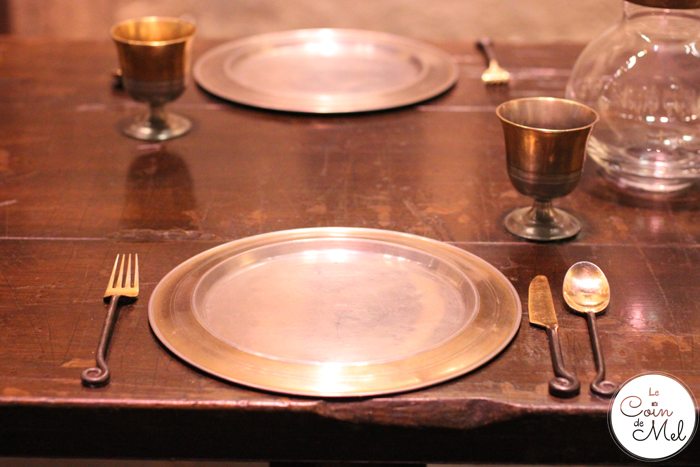 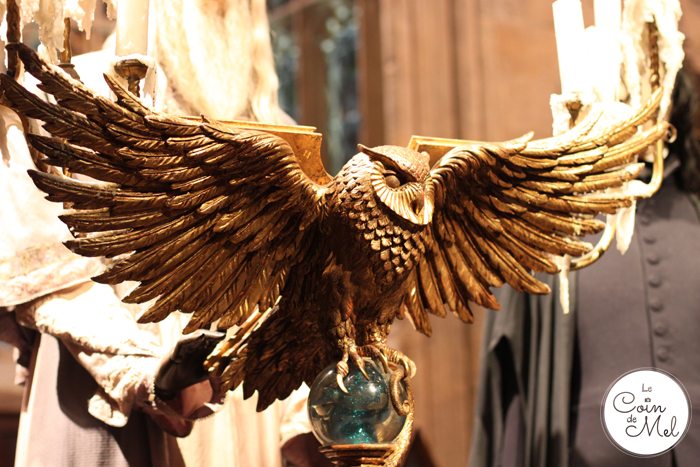 Platform 9 ¾
We were able to climb aboard the train’s carriage and Crevette even ran with a luggage trolley as it disappeared through the platform wall!

The Hogwarts Express
Being able to get on the magnificent steam locomotive used during filming before everyone else was a huge honour.

It even had the musty smell of an old train. 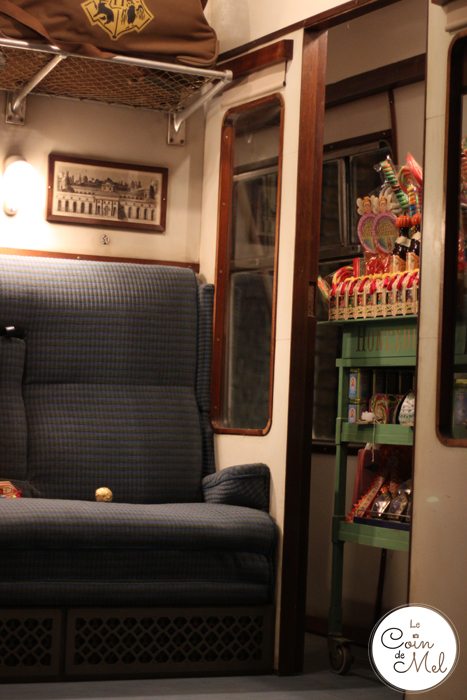 Crevette also had a brilliant interactive experience on the train. 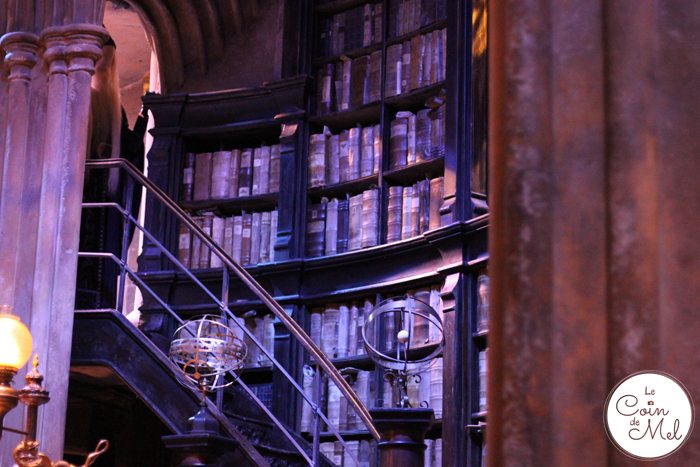 Understanding Special Effects
Crevette was filmed and photographed in various scenes from the Harry Potter series. He learnt about the green screens used for special effects. 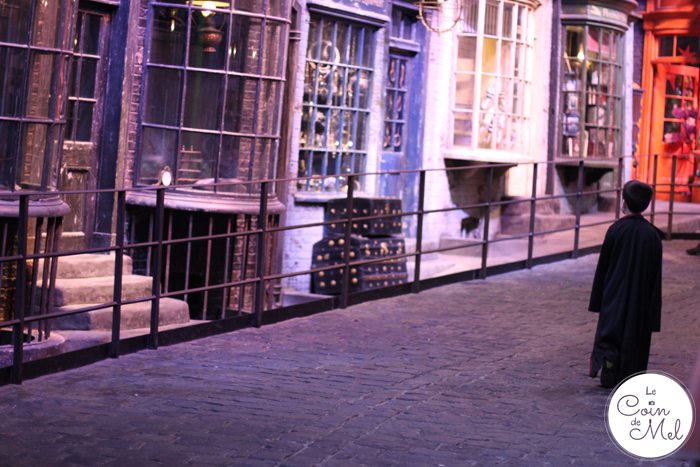 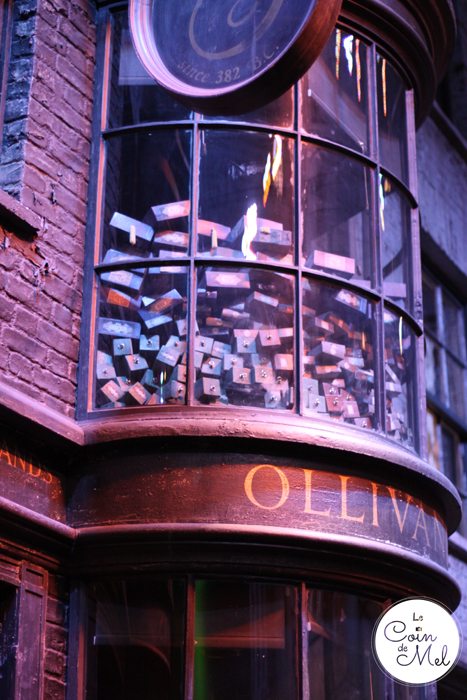 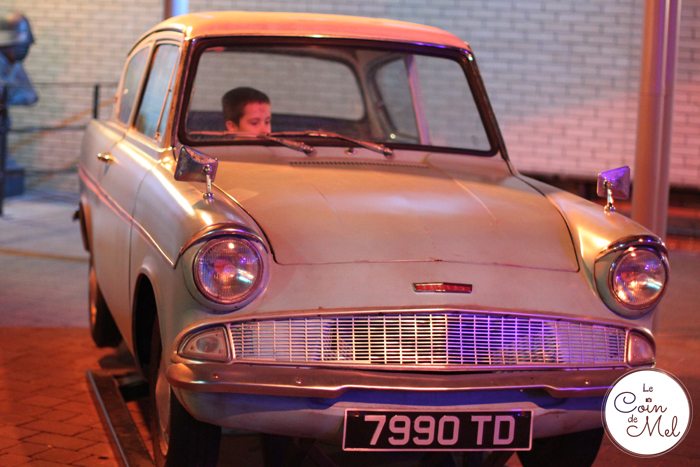 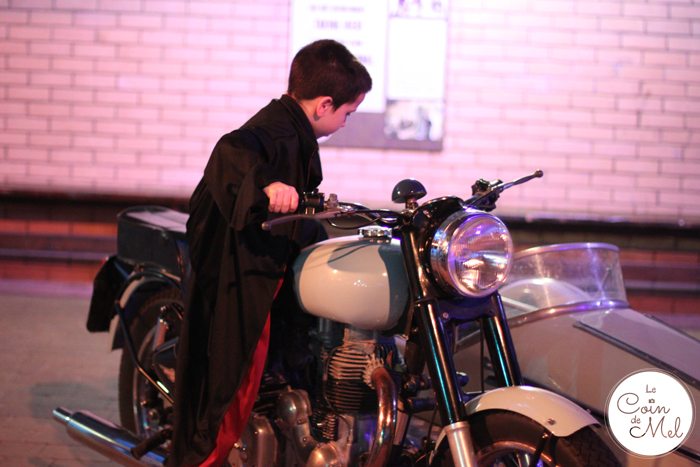 Trying Butterbeer
We could not possibly leave without trying Butterbeer. My little Harry Potter’s first impression: “it’s a bit like Coke but it’s strange!” 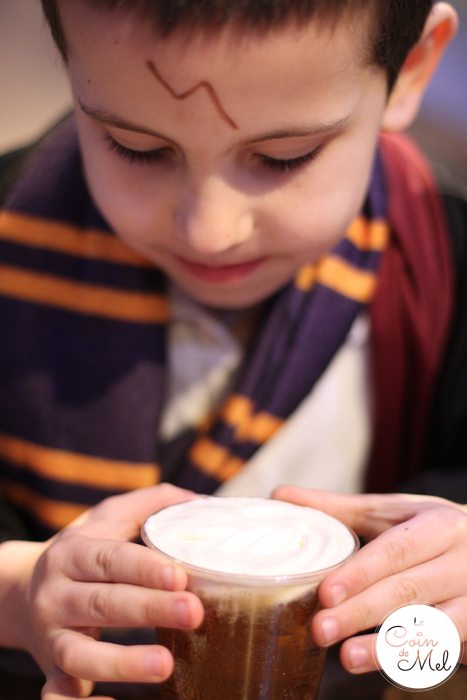 The fizzy drink is topped with caramel-flavoured cream on top. I have to say we were not won over, but we had to try it! 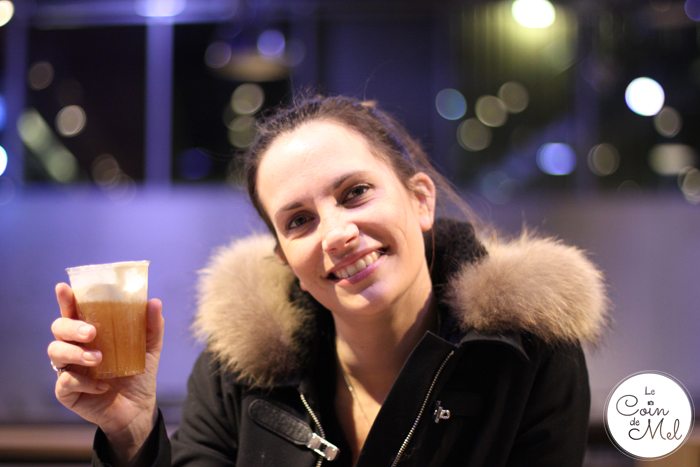 A truly magical experience
When I looked at my watch for the first time, it was 8.05 p.m. We’d been in for over 2 hours and it felt like 10 minutes.

A Few Fun Facts:
Crevette and I were so keen we were always asking questions. We found out lots of fun facts with Katy, one of the guides who spent a lot of time chatting with us and sharing her knowledge.

– Did you know that there were two sets for Hagrid’s hut? One to make people look smaller, one to make Hagrid look bigger (clever, huh?). 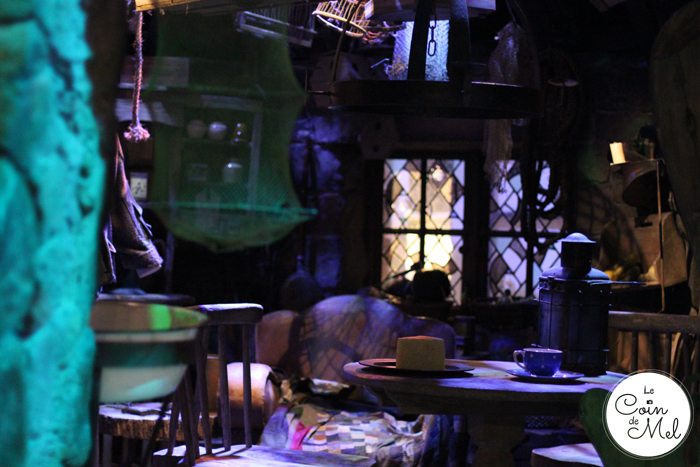 – Daniel Radcliffe liked using his wand as a drumstick. He broke 80 or so. 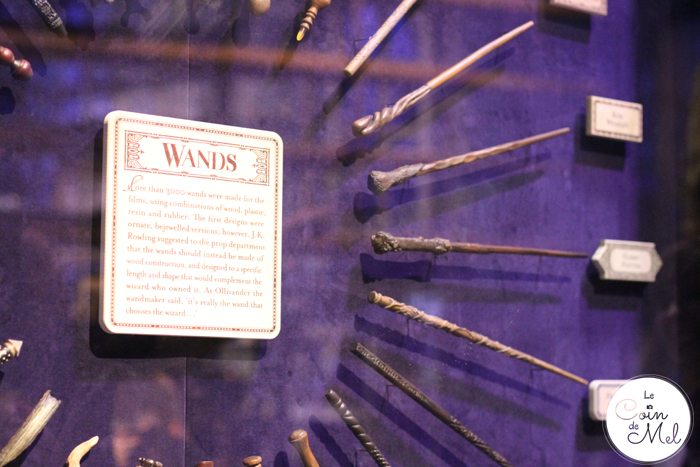 – Before going to the studios, I had never noticed that in the films, they had used a reproduction of The Lady and the Unicorn (La Dame à la licorne) tapestry on the walls. I saw the set of tapestries a couple of times as it is displayed in the Musée National du Moyen Âge, close to my university in Paris. The tapestry, which acts as the wallpaper of the red and gold Gryffindor common room, is often seen as one of the greatest works of art of the Middle Ages in Europe. 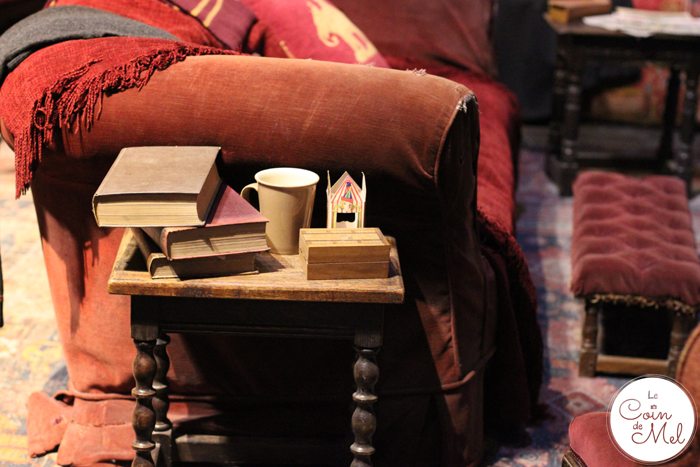 – Not all creatures were brought to life by special effects. 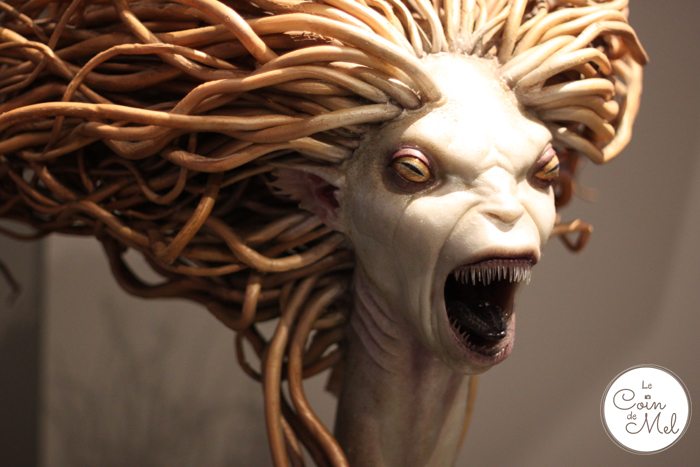 Some of them were custom-made animatronics. Aragog (the spider) for example had an 18-foot leg span and was fitted by hand with yak hair, sisal and hemp. It required nearly 15 technicians to operate and weighed over a ton! 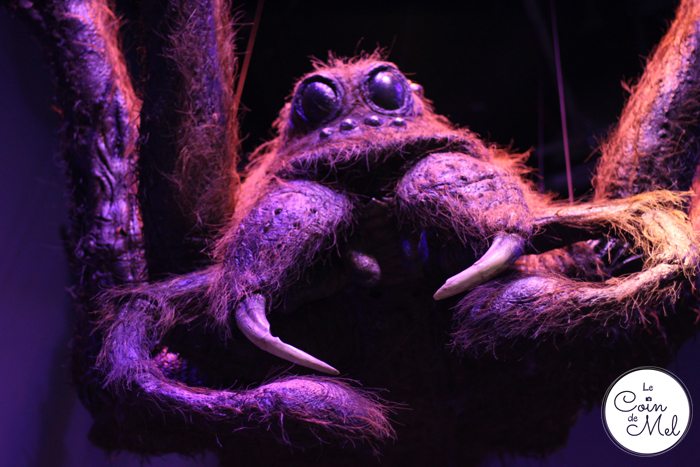 Buckbeak is a majestic creature and when we saw it move, it looked alive! 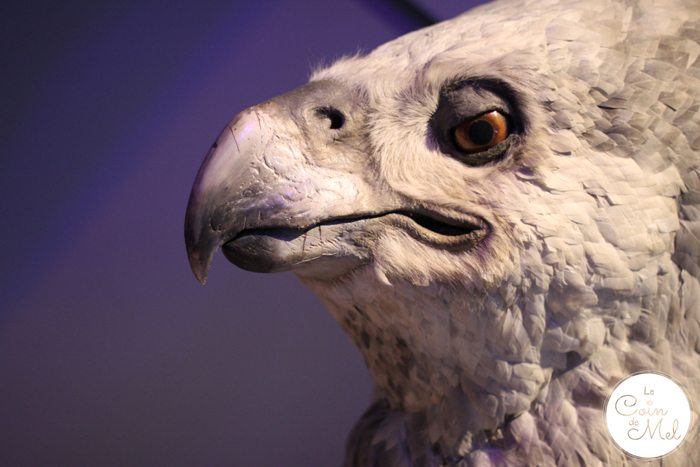 Finally, to anyone who might be wondering whether ‘Harry Potter World’ is worth the money, my answer is yes, yes, ten times yes! You would have to go more than once to really see everything so we will go back when friends and family come to visit as it is an incredible experience. 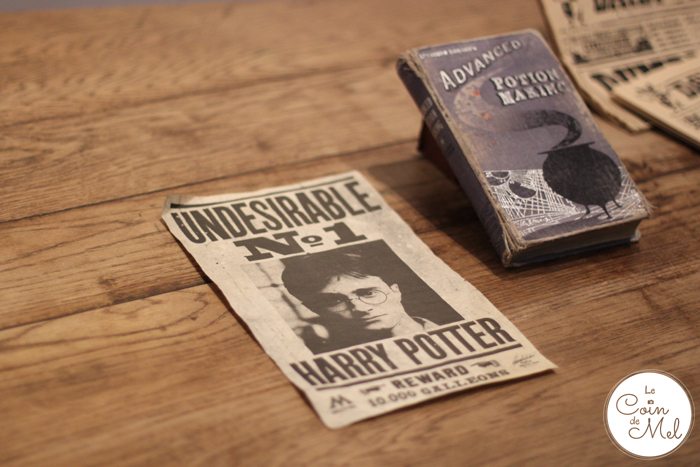 If you want more information about the tour or find out how to book tickets, simply click here.

We were given two free tickets for the tour, but I was not asked to write this post or paid for it. We thoroughly enjoyed the experience and I wanted to share our thoughts. All opinions and photographs are my own.