I always imagined breastfeeding would be a lot harder than bottle feeding. As a French girl, it was natural for me to bottle feed: everyone close to me back home had done it. I was the ‘normal’ way to feed a baby.

When I found out I was expecting Crevette, I started reading pregnancy magazines and chatting to new mums. Breastfeeding seemed to be a big thing on this side of the Channel. I was not against giving it a go, but I would certainly have bottles and a steriliser ready at home. Surely a small human being sucking on your nipples would hurt? What if there was no milk? What if the baby did not like it? What if I did not enjoy breastfeeding?

I did give it a go, and I breastfed my four children. At times, breastfeeding was tough. Feeds in the first few days of Crevette’s life were toe-curling. Mastitis when Beanie was only four days old left me in agony and unable to move my left arm for a few days. Jumpy, who had no idea what to do with the nipple I was shoving in her mouth, had to be taught how to drink from it. When Wriggly arrived, she loved drinking milk, but her enthusiastic suckling made it so painful it took a few visits to the midwife to make it less painful. 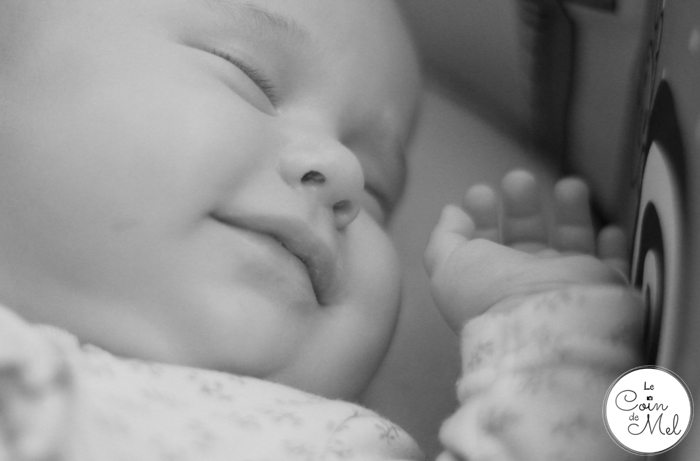 When I had Crevette, the one and only person I was close to who had any experience with breastfeeding was Hubby’s sister. She was an invaluable source of advice and the first thing she told me was to express a bottle of milk a day and to freeze it (who knew?) so that I would have a supply of breast milk ready in the freezer. Milk production would also be higher than Crevette needed, making growth spurts and his increasing appetite easier to manage (my sister-in-law is a genius!).

Moving from breast to bottle with Wriggly has not been anything like it. Because of Jumpy’s multiple allergies, I had decided not to give her any formula. I was not in a hurry to give her a bottle and although I expressed some milk every day for the first four weeks or so, I froze it all and she was three or four months old when we first tried giving her a bottle. She was having none of it! 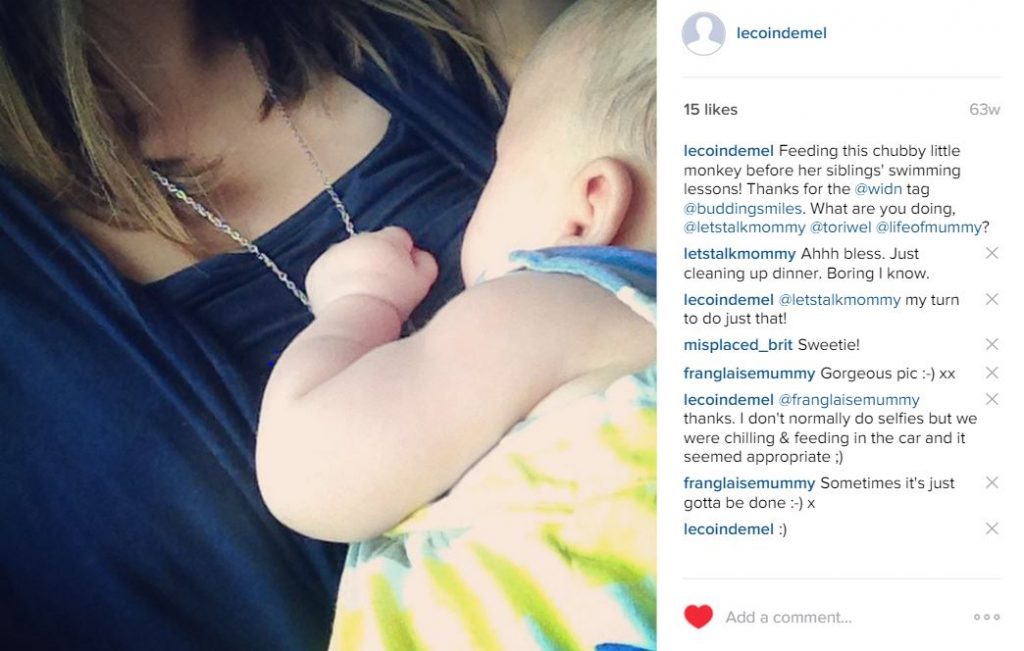 I bought every bottle ever made (we have quite a collection at home!), but she would not have a drop of milk coming out of a teat. I had to go back to work much earlier than planned, when she was nine months old. 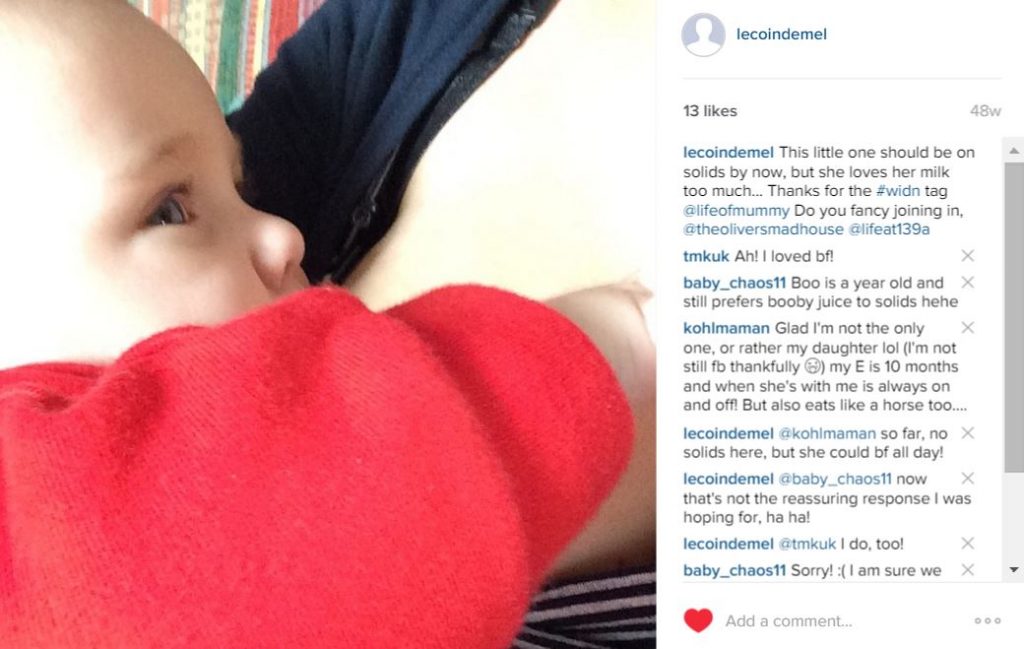 Wriggly would still not touch a bottle of milk, expressed or formula. She would feed a lot at night and in the morning, but during the day, all she would drink was water out of a beaker. At least she kept hydrated! 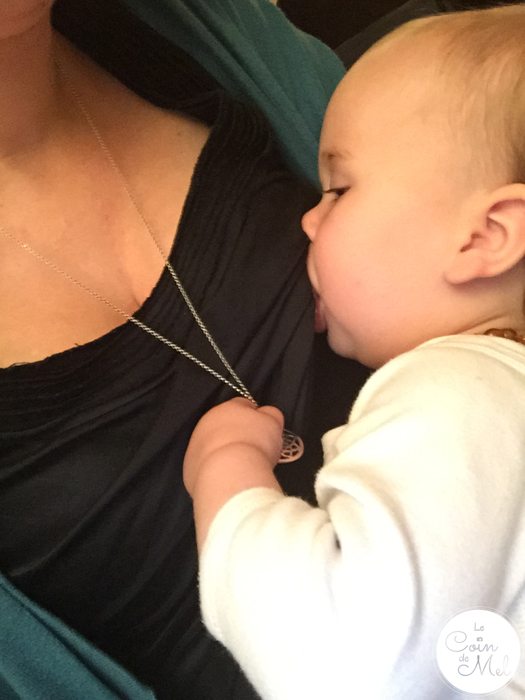 She is now eighteen months old and her favourite thing in the world is still breastfeeding, no questioning that, but I think it is more of a comfort thing and she now has one small bottle of formula every single night, thanks to Munchkin who introduced us to their LATCH Bottle

. If you have not seen these bottles before, check them out; they changed our lives! 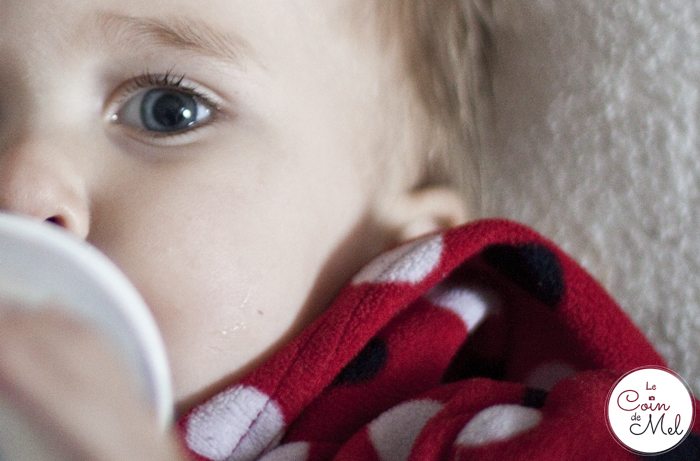 Our journey to bottle feeding Wriggly has not been an easy one, probably because we started way too late, but since LATCH is more like the breast than any other bottle I have even seen, it has really helped a lot.