Today was a bright, sunny, chilly day. We had breakfast, got dressed, de-iced our windscreen and drove towards one of our favourite places to go as a family: Willows Activity Farm in London Colney. If you want to read a full review of what Willows have in store for Christmas, aka. their Santa Spectacular, check out this detailed post I wrote last year.

When I announced our destination shortly after 10 a.m. this morning, Jumpy exclaimed, hugging my legs, “You’re the best mummy ever!” Then I mentioned casually that her best friend was coming too and she looked like she was going to burst with excitement. The other three were equally as excited. I think that’s what I love most about Willows Farm. Although my children’s ages range between 3 and 9, they all love it and I don’t get any “I’m bored!” moments from any of them.

We’d decided to visit Willows Farm quite close to Christmas, so the children would get a sense of anticipation from the Santa Spectacular activities. To be perfectly honest, I’m not entirely sure it was a wise move. As soon as we turned for the farm, I could see the car park was already saturated, and it had opened less than an hour before! Thankfully, a friendly snowman directed us to our parking spot and it only took a couple of minutes to walk to the entrance.

We met our friends, bought some more gloves (it was chilly!) and went in without queuing for more than 5 minutes. The queue to meet Father Christmas was a different story. We left my friend Cé’s hubby in the line and kept warm with the children in Cotton-tail Village. Our six little ones had a great time in the lovely role-play area and they also had a quick stop in the toilet before joining the queue. It was absolutely freezing but hot drinks helped, and before we knew it, we were entering the grotto. 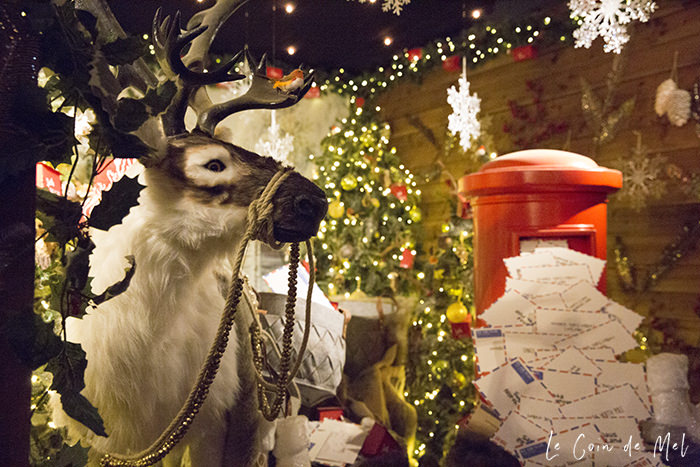 As soon as we were in the grotto, time disappeared. I couldn’t say how long we queued in there, but it didn’t really matter as we were warm and there were plenty of beautiful scenes to entertain everyone. The children even had a photo opportunity and I loved the fact we could take our own photos. 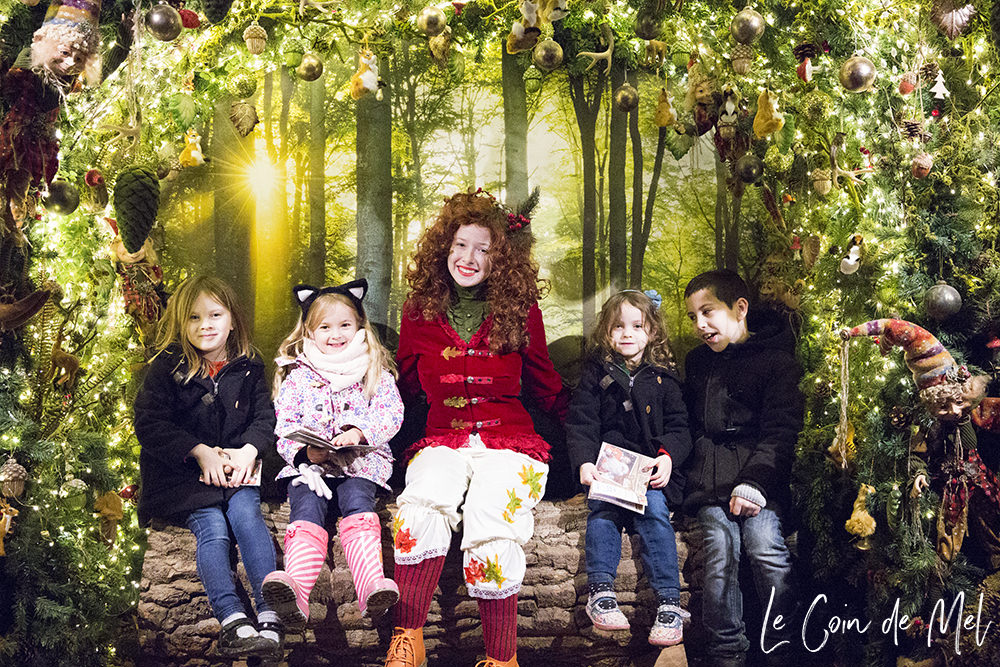 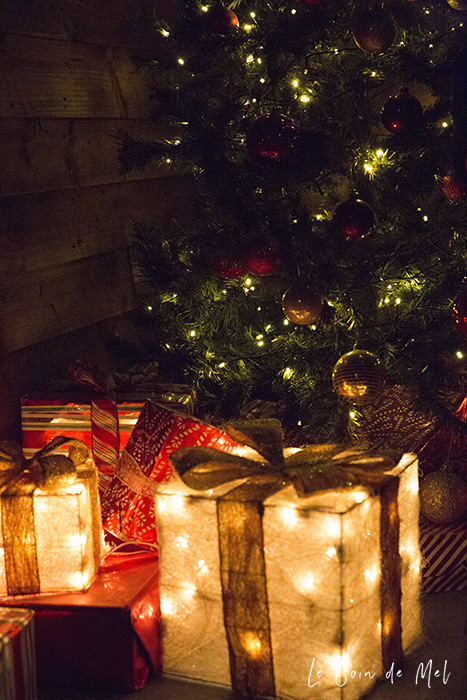 Santa gave our six little ones a key each to the elves’ workshop, and they all went in excitedly. I won’t lie: it was busy, but I guess you’d expect that a week before Christmas. Our little ones left the workshop with a toy each, courtesy of Father Christmas (included in the price of their ticket) and here is what they picked: a wooden train, a plastic fishing set, a sand art kit, a dinosaur foam modelling set, a pony set and a toy till. They were pretty happy with their choices. 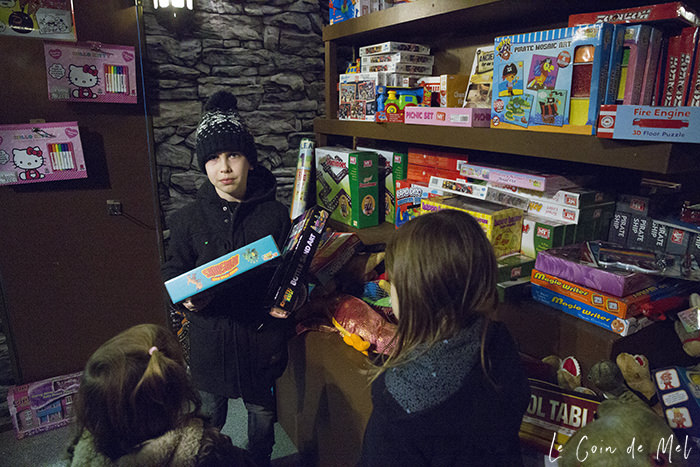 By that point, it was past lunchtime and we were desperate for a hot portion of hot chips and a panini or a jacket potato and we attempted Peter Rabbit Burrow Cafe. It was chaotic in there! I joined the queue and everyone else tried to find a place to sit, but it was hopeless. Other people who were trying to find a table had been waiting for 45 minutes. We gave up and went for a bit of fun on the Magic Ice Rink, to the children’s delight (they weren’t particularly hungry). 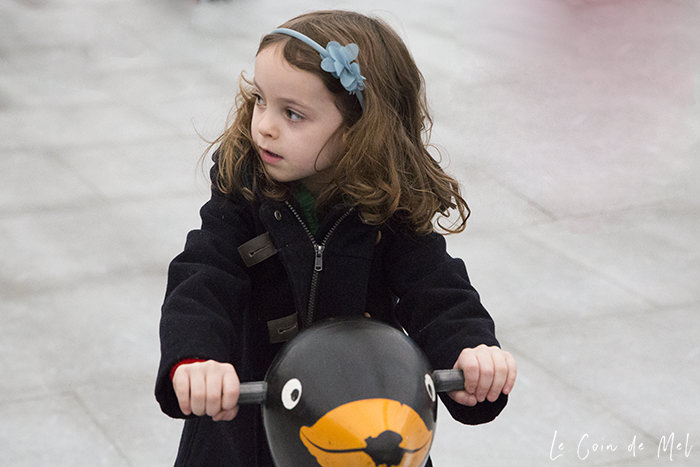 We considered walking around for a bit, but it started raining (icy rain!), so getting warm and fed was high on our agenda. Instead of trying the cafe again, we went for Wooly Jumpers, which was a bit quieter. We found a table straight away and the children took off their shoes and coats in seconds and ran to the slides as we queued for food. There were no chips, no more jacket potatoes or soup by then (about 1.30 p.m.), so we opted for a panini (adults) and a selection of nibbles (cucumber, tomatoes, mini cocktail sausages, crisps) for the children. Everyone was happy and we spent an hour or so in there, before moving on to the ‘Build a Reindeer’ Workshop.

Although it was busy, we managed to get some space on a table straight away and each child loved picking a heart for their reindeer and stuffing them. These reindeer are really really cute, and my four have adopted them. I love the fact that this was all included in the entrance fee. You could also buy clothes for the reindeer, but there was no pressure to purchase them or sales pitch whatsoever, thank goodness.

The children wanted to see real  reindeer and we were lucky to be the only ones there at the time, so we could ask lots of questions. Did you know that both male and female reindeer have antlers?

It was no longer raining after that, so the children had a go at one of their favourite activities: Peter Rabbit Woodland Play Trail, before playing in the sand for a bit. 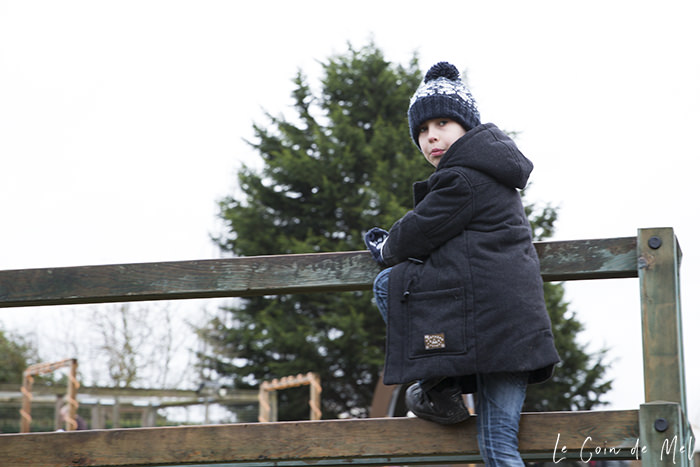 We’ve been to Willows Farm in heavy rain, in the spring, summer, autumn and winter. We always love it because it changes with the seasons and always has something different to offer. Would I go again a week before Christmas? I think next year we’ll go for an end of November (or early December) visit for Christmas.

Another warm drink and mince pies, and we were off home! I might have fallen asleep on the sofa during our little cinema session…

Disclosure: We were invited to experience Santa Spectacular at Willows Farm, in return for an honest blog post. All thoughts and photos are my own.